Last month in Yerushalayim, Rav Aaron Rakeffet reflected on the Covid-19 pandemic and the state of the world:

Today you have places where the baby can be eight, nine months old, and abortion is permitted by law… There’s no concept that there’s a code of law from above that has to govern us… And then you go further. Who would ever dream a time would come when you speak about two men, two women, getting married?… Why was there a flood? Why was G-d so angry? Look at Chazal. Look at the sources. Look what mishkevei zachar brought about.

On every level – murder, euthanasia, abortion, proper sexual behavior – we’re talking about the Sheva Mitzvot…. And it could very well be that this terrible shock that has come and hit all of us…is the Ribbono Shel Olam…saying to us: There’s a G-d in the world. Man is not the sovereign ruler of His universe. Wake up. Come back. Learn… Man is not alone. There is a Ribbono Shel Olam.


The Jewish nation is commanded to be a mamlechet kohanim v’goy kadosh, modeling righteousness for the world to advance global recognition of the Ribbono Shel Olam. As Rav Samson Raphael Hirsch observes in his peirush to Tehillim 89:37, “What the sun does for all of nature – that is the function of the kingdom of David for humanity. It is to bring enlightenment and to reawaken moral life in the midst of mankind.”

Yet, where does the phenomena highlighted by Rav Rakeffet exist to an extreme extent? The state of Israel. One of the world’s largest homosexual pride events is in Tel Aviv. Last month, a court fined a Be’er Sheva print shop over $14,000 for refusing to print materials for an LGBT group. And the Israeli embassy in Washington has held pride receptions for the past four years and tweeted in 2019 about “the first openly transgender officer in the IDF, who paid for his medical treatments.”

Regarding abortion, political scientist Rebecca Steinfeld notes that “Israel has one of the highest late-term abortion rates globally.” In an article last year, Dr. Chavi Karkowsky writes: “In practice, only a handful of facilities in the entire United States perform abortions after 26 weeks for non-lethal anomalies. But here in Israel, abortion is widely available and can be offered until delivery. A subtle abnormality…can prompt a discussion of pregnancy termination. Even at 35 weeks.”

According to Health Ministry data, the number of terminations after week 23 due to birth defects rose from 175 in 2000 to 302 in 2017…. to 1.8 percent…. In England, by comparison, only 0.1 percent of the abortions in 2017 were performed after week 24…. “You go to international conferences and say that we abort fetuses with Down syndrome and people think you’re insane,” says gynecologist and geneticist Dr. Adi Reches, from Ichilov Hospital in Tel Aviv.

In remarks for Yom Ha’atzmaut this year, Rabbi Daniel Fridman stated: “What goes on in Israel doesn’t only impact Jews in Israel. It impacts Jews all over the world.” Does anyone think the preceding practices have a positive impact on Klal Yisrael?

But instead of increased introspection, the pandemic has increased arrogance among many religious Israelis. An advocate of aliyah recently mocked “Diasporinians who decide to cling to the Galut and go down with the ship.” Others contrast death rates in Israel with those in New York.

And it would be advisable to reflect upon the words of the Rambam in Hilchot Avel (13:12), cited by Rabbi Yoni Sacks in a recent discussion of the pandemic:

If one member of a group dies, the entire group should worry. For the first three days, a person should see himself as if a sword is drawn over his neck. From the third day until the seventh, he should consider it as if it is in the corner. From that time onward, as if it is passing before him in the market place. All of this is so that a person should prepare himself and repent and awake from his sleep. Behold it is written Yirmiyahu 5:3: “You have stricken them, but they have not trembled.” Implied is that one should awake and tremble. 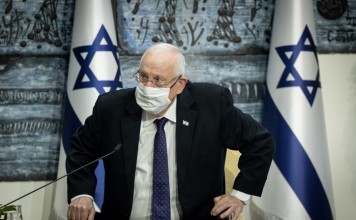