When a new administration enters office, one naturally wants to give them a “honeymoon period,” letting them assume their positions and ready their staff before the criticisms sets in.


New presidents enter office feeling that their predecessors made colossal mistakes and that only their new, trusted advisers have the infinite wisdom to repair the damage. Having said that, it would be wise for the Biden administration to look at what is in the best interests of the United States and its allies, rather than just ride along on a “Reverse Trump Course.”

Yet somehow, he did not find the time until Feb. 17—almost a full month into his tenure—to call Israeli Prime Minister Benjamin Netanyahu. When asked at a press conference if the president considers Saudi Arabia and Israel to be “important” American allies, White House spokesperson Jen Psaki gave an ambiguous, incoherent non-answer, “Well, you know, again, I think we—there are ongoing processes and internal interagency processes—one that we, I think, confirmed an interagency meeting just last week—to discuss a range of issues in the Middle East.”

Trump is so completely reviled within many democratic circles that any relationship he had, particularly as close as the one with Netanyahu, risks the possibility that the present administration is inclined to go in the exact opposite direction.

If this is the case, then that can only be described as juvenile and simplistic thinking, and will not serve U.S. interests in the long run. Whether or not many in the Democratic Party would like to admit it, in the eyes of America’s enemies, especially in the Middle East, America and Israel are wedded at the hip. Israel is simply the eastern outpost of the Western, democratic values they despise.

Another such decision was to undo the sanctions on the Houthis. As we immediately saw, this did not prevent them from terrorizing Saudis or Yemenis. The very afternoon that the sanctions were lifted, the Houthis celebrated by firing a missile into a Saudi civilian airplane at Abha International Airport.

The Iranian record of human riots, too, is grim, where human-rights activists are routinely rounded up, arrested, tortured and often executed. Just ask Nasrin Sotoudeh, the Iranian female lawyer who was thrown into prison for 38 years and given 148 lashes simply for representing women who refused to wear a headscarf.

Is lifting the sanctions on the Houthis some token gesture that the Biden administration is making to Iran to get them to the negotiating table? Biden should know how potentially dangerous this is, and that this will serve to empower a whole range of Iranian proxy groups, such as the Revolutionary Guard Corps, Hezbollah, Palestinian Islamic Jihad and Hamas, among others.

They should also know that in the game of “chicken” that Iran is currently playing with the United States, nothing will get them to the negotiating table short of lifting all of their sanctions.

And the United States should never do that up front because that is precisely what the Iranians want, and by lifting those sanctions, America would be giving away all of its leverage.

The fact is that Trump had boxed in Iran with his sanctions policy. Despite their bravado, Hezbollah has suffered a severe loss of income, and fighters had begun to complain about their pay cuts.

It was equally disturbing that U.S. Secretary of State Tony Blinken qualified the Biden administration’s feelings towards U.S. recognition of Israeli sovereignty over the Golan Heights, acknowledging that “the Golan is very important to Israel’s security,” but adding, “legal questions are something else. And over time, if the situation were to change in Syria, that’s something we’d look at. But we are nowhere near as that (sic.)”

This implies that the status of the tremendously valuable strategic high ground might be up for review by this administration. The Trump administration had previously given a solemn commitment to U.S. recognition of Israeli sovereignty over the Golan.

What does that say about the nature of U.S. commitments? How will our word be regarded in the community of nations?

Similarly, the United Arab Emirates had been promised F-35s as part of the normalization deal with Israel. It’s something that took the Israelis by surprise and about which they were not comfortable with at first. The consensus in Israel was, however, that this is something they felt they could live with because peace with the Emirates was so crucial. Yet now, they are re-evaluating this commitment.

Is this their way of downplaying the historically important peace deals with the Emirates, the Bahrainis, the Moroccans and the Sudanese, and elevating the status of the Palestinians? We know that it has been a part of the stale, conventional thinking of the U.S. State Department for decades prior to the Trump administration that all peace in the Middle East must run through Ramallah.

However, the world is just beginning to see the fruits of these nascent peace deals. By elevating the role of the Palestinians, much too much agency has been placed on their shoulders. Some 28 years of peacemaking have shown that if they cannot get their ideal “wish list,” they simply walk away from the table.

Why should all of the Sunni world be hamstrung by the intransigence of the Palestinians?

There are many other gestures that signal where the administration is headed, including the restoration of aid to the U.N. Relief and Works Agency for Palestine Refugees. As opposed to other refugee relief agencies, UNRWA’s mission is not to help ensure that the refugees are settled into their host countries and provided with employment. Rather, it feeds the unrealistic dream that the Palestinian refugees will return to their great grandfathers’ orchards and vineyards in Haifa, thus perpetuating the 1948 conflict and giving the Palestinian population a perpetual state of victimhood.

All of this boils down to an issue of the creation or of the erosion of trust. Trust is the essential ingredient in any relationship—whether it is a friendship, marriage or relationship between nations.

Trust is particularly essential for the relationship between the United States and Israel at this precise moment. Blinken has said that it is a matter of weeks before Iran reaches “nuclear breakout” (i.e., where there is enough highly enriched uranium for at least one nuclear bomb). The Israelis have said it is a matter of months, and that the time it takes to develop a delivery mechanism and nuclear warhead might possibly take one to at most two years.

In either case, Israel Defense Forces’ Chief Aviv Kochavi has instructed his generals to draw up plans for an attack. It is a regnant part of Israel’s military philosophy that they depend on no one but themselves for their survival, and the Iranian nuclear project is an existential issue for Israel.

If the new administration—through its first month of snubbing Israel and feeding into the wildest fantasies of her enemies—sees as part of its objective making Israel feel alone and isolated in the community of nations, this is certainly unwise. We know that the United States will not take kindly to a surprise Israeli attack just as they are in the midst of negotiations with the Iranians.

But then, of course, they could blame the breakdown of negotiations on the Israelis and drive a further wedge between Israel and the community of nations. One certainly hopes that that is not their objective.

As Sir Winton Churchill said: “He who appeases the crocodile is only eaten last.” 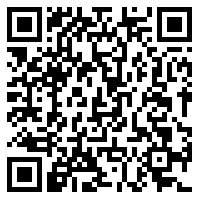