Dozens of demonstrators gathered on Saturday night at the entrance to the southern Israeli city of Arad to express solidarity with their friend and neighbor, Aryeh Schiff.


Schiff, 70, was arrested the previous week for killing 36-year-old Bedouin Muhammad el-Atrash, who had broken into Schiff’s car and was driving off when Schiff and his wife awoke to the noise. Schiff promptly drew a pistol and fired twice in the direction of the vehicle.

The first thing he did when he realized that the thief had been hit was to call the police and an ambulance. EMTs who arrived on the scene evacuated el-Atrash to the Soroka Medical Center in Beersheva, where he was pronounced dead from a bullet wound to the head.

Meanwhile, Schiff fully cooperated with police, acknowledging in his initial interrogation that he had not fired a warning shot in the air. He claimed, however, that he had aimed at the wheels of the car, not the driver.

“All my life, I will have to live with the fact that I killed a person unintentionally,” Schiff told the Beersheva Magistrate’s Court last Tuesday. “My grief is deep for taking a person’s life. … [W]hen I shot, I had no intention of killing him. I am very sorry for the tragic event. I have already received my punishment.”

When the court ruled to release him on house arrest for the duration of the investigation, police and prosecutors appealed. They claimed that video footage of the incident told a different story—one showing that Schiff had purposely pointed his pistol at the driver.

Their idea is that Schiff not only should be charged with reckless manslaughter, but that he poses a flight risk and therefore should not be released to house arrest, as the Beersheva Magistrate’s court had ruled. After his remand was extended three times at the request of the prosecution, which appealed the house-arrest ruling, the Beersheva District Court sent Schiff home.

Any other decision would have been outrageous, which perhaps explains why the police reconsidered taking the appeal to the Supreme Court.

A few details that the prosecution and certain left-leaning media outlets are choosing to obfuscate are worth highlighting because they make all the difference in how this case ought to be viewed, even before its completion.

One is that Schiff has an impeccable record as a law-abiding citizen. Another is that he is a former volunteer for the police department, which is why he possessed a legal weapon.

A third is that he is the grieving parent of a son, Ofer, who was killed 23 years ago in a car accident. His response to the tragedy was to set up a memorial tent in his yard to provide free rest and refreshment to hikers tackling Israel’s National Trail, which crosses the country from its northernmost tip along the Lebanese border to its southernmost point in the resort town of Eilat. Since setting up the tent in 2009, the Schiffs have hosted more than 10,000 people.

A fourth is that Schiff already had three cars stolen before el-Atrash came along. Indeed, Arad residents are frequent targets of burglaries of all sorts from a ring of thieves with which el-Atrash was likely associated. Since police haven’t been effective in preventing the break-ins, Schiff reacted on the spot.

Now he is paying for it in feelings of remorse and a possible jail sentence. Talk about turning a victim into a perpetrator.

One prominent Israeli figure who has come out squarely on Schiff’s side is Public Security Minister Amir Ohana. Though completely in character for Ohana—a member of Prime Minister Benjamin Netanyahu’s Likud Party who is regularly berated by the left—it is remarkable, as the Israel Police is under his ministry’s purview.

In a lengthy Facebook post on Sunday, Ohana—a lawyer by profession and former justice minister—began by quoting the section of the Israeli penal code relating to self-defense: “A person shall not be held criminally liable for an act that was immediately necessary to repel an unlawful assault that posed a tangible danger of harm to his or her life, liberty, body or property … .”

He went on to say that Schiff is and has been a “model citizen” throughout his life, while el-Atrash—who has a criminal record and served a prison sentence—tried to steal his car.

“In the fight against crime, there are good [guys] and bad,” he wrote. “There are law-abiding citizens who work to protect themselves and their property, and there are violent and dangerous criminals who make a living at the expense of law-abiding people.”

He also said that while it is the state’s duty to protect its citizens from terrorism and crime, “it’s not possible to place a police officer on every street corner 24/7. But … in those cases where the citizens act to protect themselves, the state should back them up.”

“There are times in life when the choice is really simple,” he concluded. “When the bad [guys] are against the good, I am on the side of the [latter].”

Schiff’s case brings to mind the 2008 “Dromi Law,” named after Shai Dromi—a farmer in southern Israel who shot intruders who had broken into his home and poisoned his dog. One of the intruders, a Bedouin named Khaled el-Atrash (undoubtedly from the same clan as, if not immediate family member of, the man who tried to steal Schiff’s car), died of his wounds, despite Dromi’s attempts at resuscitation.

Yes, Dromi, the victim, administered CPR to the guy who entered his home to clean it out and killed his dog to keep him from barking. Nevertheless, Dromi was arrested, detained for a month and went on trial for manslaughter.

Although he was acquitted on that charge, he was convicted of “illegally possessing” the firearm he used to defend his home—a rifle that belonged to his father, who had failed to make an official transfer of ownership. Meanwhile, his farm and his livelihood suffered greatly.

Dromi’s plight aroused public ire and sympathy. Only left-wing parliamentarians opposed the legislation, proposed by then-Likud member of Knesset Yisrael Katz (currently Israel’s finance minister), to classify actions such as Dromi’s—when a home invasion is considered life-threatening—as “self-defense.” The rest of the Knesset voted overwhelmingly in favor of the bill.

The “Dromi Law” does not apply to Schiff’s case because the car thief was escaping, not posing a threat to its owner. But the moral similarity is plain.

In both instances, an innocent person became the accused party—guilty until proven innocent, rather than the other way around—when faced with a split-second decision based on self-preservation.

Hopefully, Schiff will be treated with the dignity and acquittal he deserves. Until then, police and prosecutors should be investing more energy in hunting down actual culprits than in playing catch-up by pursuing victims left to their own devices. 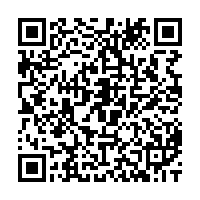