In March, State Department veteran and former adviser to Barack Obama, Frederic Hof, bid farewell to public life with a stunning admission. Amid a confession regarding his failure to prevent the expansion of the Syrian civil war into a regional crisis, Hof laid the blame for that all-consuming conflict (as well as a notable uptick in Russian aggression) at the feet of Barack Obama’s nuclear deal with Iran.

“[T]he administration sacrificed Syrian civilians and American credibility for the mistaken notion that Iran required appeasement in Syria as the price for a nuclear agreement,” Hof wrote. Today, with 500,000 dead, millions displaced, and the norm prohibiting chemical-weapons use shattered, we can confirm that the price of appeasement is as high as ever.

Indeed, the Iran nuclear deal was supposed to have a variety of positive knock-on effects entirely unrelated to the development of nuclear weapons, but they never materialized. As New York Times reporters David Sanger and David Kirkpatrick observe, Obama “regarded Iran as potentially a more natural ally” of the United States than America’s Sunni allies in Cairo, Abu Dhabi, and Riyadh. Iran is urbane, young, educated, and chafing under its theological government. The opening up of the Iranian economy in a post-deal world, so the thinking went, would facilitate—even necessitate—domestic liberalization. Purely out of self-interest, the Mullahs would soon agree to pare back their support for destabilizing activities in the region and cooperate with the West to “defeat the Islamic State.”

All these ambitious objectives went unrealized in the years that passed since the Joint Comprehensive Plan of Action’s (JCPOA) adoption. That is not to say that the JCPOA failed to induce some tectonic shifts in the region. The Obama administration’s effort to empower Iran and its Shiite proxies in the region compelled the Middle East’s Sunni states to rethink their alliances. The regularization of contacts between Washington and Tehran for the first time in nearly 40 years forced longtime foes, Israel and the Kingdom of Saudi Arabia, into a de facto pact. And just like that, the region’s all-consuming Palestinian question faded into the background. The remarkable diminution of the central issue of what we used to call the Middle East Peace Process underscores how stabilizing America’s forward posture can be, for good or for ill. It also demonstrates how American withdrawal can scramble regional dynamics with unforeseeable consequences.

Ultimately, the most welcome revelation the Iran nuclear deal has wrought is one to which only the accord’s most prideful defenders remain resistant. There can be no permanent accommodation with the regime in Tehran. The Islamic Republic can only be contained and weakened, with the eventual—if unstated—aim of nudging it toward radical democratic reform and, ultimately, dissolution.

Since Donald Trump announced his decision to withdraw from the JCPOA, the deal’s defenders and its detractors have largely argued over one another’s heads. The deal’s champions insist that everyone from IAEA inspectors to the Trump administration’s defense secretary and former secretary of state has certified that Iran is abiding by the arrangement. This is a red herring. Most of the deal’s opponents do not dispute that Iran is nominally in compliance with the terms of the deal. That’s the problem.

Iran can unilaterally deny international observers access to military sites, and it can shield an extensive trove of technical knowledge related to its nuclear program from inspectors. It can import tons of low-enriched uranium, manufacture nuclear fuel, test nuclear-capable delivery vehicles, and restart its centrifuges and develop a stockpile of fissionable material within weeks rather than a year. None of this is a violation of the terms of the JCPOA and its annexes. This experience has led even some of the deal’s defenders to confess that the regime in Tehran will never be a stabilizing and responsible force. Even Iran-deal proponents like Democratic Connecticut Senator Chris Murphy have confessed as much. “We have to continue to send signals to the Iranian people that, ultimately, what will secure the United States and our friends in Israel, in the long run, is for the Iranian people to demand that moderate, internationalist leadership ultimately prevail in the power struggles that are happening inside that country,” he said.

Bad news, Senator Murphy: This is what “moderate, internationalist leadership” in the Islamic Republic of Iran looks like. Iranian president Hassan Rouhani’s supposedly moderate credentials led Barack Obama to attempt to elevate and legitimize him through direct personal contacts, but there is nothing moderate about any element of the Iranian regime. A half a million deaths later and with no end in sight, this moderate Iranian president continues to back up the blood-soaked Assad regime. It has used the unfrozen assets and access to new markets attributable to the Iran deal to increase its defense spending by 30 percent and augment its support for rogue elements in Syria, Lebanon, Iraq, and Yemen even as consumer-goods prices skyrocket and the public takes to the streets. This is the moderate regime that holds American sailors hostage and parades them on television in violation of the Geneva Conventions. This regime persecutes and jails journalists, disenfranchises Christians, and executes homosexuals. These acts, Rouhani said in 2014, are “God’s commandments.”

If Murphy’s admission that the current Iranian regime will not be able to guarantee American security or regional peace is a cognitive breakthrough, it is one of many that the Iran deal has wrought. The Saudi awakening, the disillusionment of Obama officials like Hof, and the realignment of the Middle East follow in the wake of the Iran deal, as do bloody conflicts in Yemen, Syria, and Ukraine that resulted from great powers testing their boundaries in a new post-JCPOA environment.

When a full accounting of the Iran deal is done, it will be hard to avoid the conclusion that nuclear weapons were the least of our concerns. 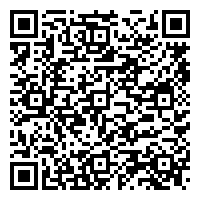