Another World Hijab Day (WHD) is fast upon us — the eighth since Bronx resident Nazma Khan founded the event in 2013. The protest-cum-demonstration every February 1st seeks to “foster religious tolerance and understanding by inviting women (non-Hijabi Muslims/non-Muslims) to experience the hijab for one day.” The goal of diminishing bullying and prejudice is admirable, but the bitter irony and mountainous hypocrisy accompanying this event turn it into a farce.


There’s no need to dwell on the irony of an American Muslim woman protesting to win the freedom to wear a hijab in the freest country on earth, or of encouraging Western women to give the hijab a try when women in Iran and Saudi Arabia are openly defying their male custodians by taking off their hijabs. But the date that Ms. Khan chose for her demonstration is worth mentioning since February 1, 1979, is the day that Ayatollah Ruhollah Khomeini returned to Iran from his French exile to inaugurate the Islamic Revolution.

Khan’s choice of February 1st for WHD was likely coincidental, and her knowledge of Khomeini’s significance questionable, but Western politicians should understand the significance of their support for WHD. And they are among its most enthusiastic supporters, especially in Scotland, where quite a few lined up to be photographed for the official website holding placards with “I support #WorldHijabDay because” which they have dutifully filled out and then signed. “It’s women’s right to choose,” wrote Scottish MP Stuart McMillan. “People should have the right to choose,” concurred MP Gordon MacDonald. Of course under U.K. law, women already have the right to choose.

Unfortunately, that right has not saved the lives of Scottish and British women who refused to choose what the men in their lives had already chosen for them. The leading authority on honor killings, Phyllis Chesler, reports a very high percentage of these femicides occur when the victims’ families deemed them “too Westernized,” which often means “refusing to wear varieties of Islamic clothing (including forms of the veil).”

Another irony-impaired politician is British MP Tasmina Ahmed-Sheikh, who is also featured on the WHD website and quoted: “We must stand up and clearly say that women have a right to choose what they want to wear — whenever, wherever, and however.” Unfortunately this undeniable right is denied to millions of women living in the Muslim world, and the mandatory covering (hijab, burqa, niqab, etc.) is the symbol of that denial.

In his promotion of WHD, John Mason, yet another Scottish MP, says, “Its aim is to encourage modesty and self-control: good values!” The event coordinators fail to see the irony and hypocrisy of opposing fashion enforcement from one group of men while embracing it from another.

There is both irony and hypocrisy in the way the WHD organizers changed the hijab from a symbol of Muslim women’s oppression by Muslim men into a symbol of protest against “Islamophobic” non-Muslims. Linda Sarsour, the hijab-wearing Palestinian American and founder of the Women’s March, has become a celebrity largely through her claims of suffering at the hands of anti-Muslim bigots. In a January 2017 video on Vox she claimed that before she wore a hijab she “was just some ordinary white girl from New York City. Wearing hijab made you know that I was Muslim.” Sarsour has turned the hijab into a symbol of the anti-Trump “resistance” just like the “pussy hat” which made its debut at her march.

Claims of Islamophobic victimization, especially at the hands of Trump supporters, began almost immediately after the 2016 election, with many high-profile cases quickly proven hoaxes. Several involved Muslim women lying about their hijabs being forcefully removed by strangers.

Khan claims that WHD was designed to “foster religious tolerance,” and she promotes the hijab as “empowerment” through the social-media slogan #EmpoweredinHijab. The implication here is that non-Muslim women will stop discriminating against Muslim women if they only “try it on for a day,” but Muslim women suffer the greatest discrimination from the Muslim men who dominate their lives. A January 17, 2020, post on the WHD Facebook page reads “In my faith, it offers a level of needed protection,” but fails to name the tormentor from whom hijabed women need protection. It’s not non-Muslim women.

Like everything else, WHD became more political after Donald Trump became president. On the day before Trump’s inauguration, the New York state senate issued Resolution J370 proclaiming February 1 “Hijab Day in the State of New York.”

Ironically, Trump’s Executive Order 13769 issued January 27, 2017 (the first so-called “Muslim ban”), twice mentions prohibiting those who “engage in acts of bigotry . . . including ‘honor’ killings, [and] other forms of violence against women.”

Kathy Zhu understands this. She’s the college student who two years ago objected to a “Try on a Hijab” booth at her University of Central Florida campus. She had the temerity to object to the feel-good diversity event: “So you’re telling me that it’s now just a fashion accessory and not a religious thing? Or are you just trying to get women used to being oppressed under Islam?” So too does Faranza Hassan, a Canadian teenager originally from Iran, who wrote that the hijab “is not a symbol of Islam but of its more belligerent cousin Islamism.”

It might be easier to support WHD if it had a reciprocal component encouraging women throughout the Muslim world to really wear what they choose, “whenever, wherever, and however” (as Ahmed-Sheikh puts it), and encouraging men to mind their own business. Until that happens, we should heed Hassan’s wise advice “to politely ignore World Hijab Day.”

(A.J. Caschetta is a Ginsberg-Ingerman fellow at the Middle East Forum and a principal lecturer at the Rochester Institute of Technology) 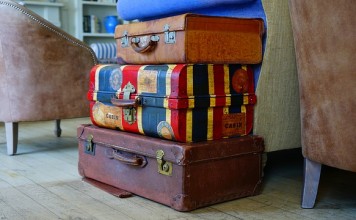 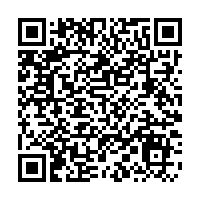