Fresh off his latest best-seller, Unfreedom of the Press, conservative author and radio personality Mark Levin has never been shy about criticizing opponents on the left, as well as his strong support for Israeli Prime Minister Benjamin Netanyahu and U.S. President Donald Trump.

With Israelis headed to the polls on Sept. 17, many view this election as a pivotal turning point for the future direction of the Jewish state, especially as it faces growing challenges from Iran and its terror proxies.

Levin spoke with JNS on the stakes of the upcoming Israeli elections, the criminal investigations concerning Netanyahu, as well as how the political left in both countries are attempting to criminalize politics.

Q: Would you say that Trump—by announcing the possibility of a defense pact with the State of Israel and before the April elections acknowledging the Israeli sovereignty over the Golan Heights—is trying to affect the elections in Netanyahu’s favor?

A: No. Every time our president takes actions that support our greatest ally, the Israelis, it is said to be political. The problem is as a result of [the Israeli] political system; somebody is always running for office. So what’s our president supposed to do? You had an election in the spring, then a few months later, you have another election. The left and some of that media will interpret it as such. But you know he intends to meet Netanyahu in October at the U.N., and so a few weeks before he says this is one of the things I want to discuss. If I were an Israeli, I’d view that as an extremely positive thing.

I noticed that Blue and White Party leader Benny Gantz immediately attacked it, suggesting that in so many words Israel would be a small player. When it comes to its own defense as a result of the United States, that’s not true. That’s preposterous. First of all, Israel doesn’t have to agree to anything. If you have a strong prime minister like Netanyahu, he would make sure nothing like that would happen. Secondly, when Gantz makes a comment like that, he’s really smearing my president, because Trump has no intention of doing such a thing.

Q: You mentioned in a recent interview with Fox TV news anchor Sean Hannity that the issue of Gantz’s phone being hacked is a bigger deal than it has played out in the media. I was wondering why you think Netanyahu and other opponents of Gantz haven’t focused on this more?

A: Well, he [Netanyahu] may be in a difficult position, where virtually anything he says is criticized by what I consider in the aggregate an extremely liberal media in Israel. Even more liberal than the media in the United States.

But I look at it, and I say to myself as a former chief of staff to an attorney general with very significant security clearances in my background and having looked at individuals back in the Reagan years who had certain issues, I conclude that Gantz has not been forthcoming at all.

Q: The main issue that’s coming up in the elections is really the character strength of the major candidates. If Netanyahu did not have the corruption allegations, then he may have cruised to victory in April and not been weakened in this September race. Gantz, on the other hand, is being promoted as a main of character. What are your thoughts?

A: We used to have somebody like that who ran for president. His name was Jimmy Carter. People didn’t know much about him. He claimed to be man of character above politics. It turned out he was an utter and complete disaster.

A couple of responses to your question. Number one, I don’t think [Avigdor] Lieberman is particularly a man of high character based on what I’ve been reading in your press. He’s used his minority status and his relative hand full of votes to block what clearly was the will of a significant number of Israelis. I can tell you that, thank goodness, we don’t have your electoral system in the United States or we’d be having elections about every other weekend.

The other point I would make is I’m one of the few people on the planet who actually read the allegations that this attorney general [Avichai Mandelblit] has set forth. I am fairly certain most Israelis haven’t read them because the claims are verbose; they’re hyperbolic; and particularly, the third one is hysterically absurd.

Q: You mentioned a number of similarities between what’s going on in Israel and the United States regarding negative media coverage of Netanyahu and Trump, as well investigations into their conduct. Do you see any key differences between Netanyahu and Trump that you think Israeli voters should keep in mind when they go to the polls?

A: Well, of course, there are differences. They have different personalities; they have different backgrounds. Looking at the Blue and White Party, to me, is nothing more an attempt by Labor Party apparatchiks, and quite frankly, former Obama administration officials, to fool the Israeli public into thinking they are voting for centrists.

And you have also a number of individuals who used to be in the prime minister’s orbit, but who have turned on him.

Gantz having the top Obama political adviser on his staff provide a serious picture in this guy’s thinking and where he will take your country, and in many ways, take our country. The left in your country and the left in our country are not that dissimilar.

And that was my point about the investigations against your prime minister and my president: endless subpoenas, endless allegation and endless threats, which amount really to nothing but the attempt to criminalize politics.

Q: Do you see a pattern with the left trying to get Netanyahu out of office since the beginning of his first term?

A: I absolutely do. You see, Netanyahu, Trump, [former President Ronald] Reagan, [former British Prime Minister Margaret] Thatcher … they have a completely different view of the world than the left. They understand history, they understand the threats, they understand evil, and they also understand strength and statesmanship.

In the case of Netanyahu, the greatest threat to your country and certainly one of the greatest threats to my country is Iran. He knew this and said something; he even came to U.S. Congress and told the whole world, and he was right. Look at what it Iran did yesterday in Saudi Arabia [with the drone strike on major oil facilities], look at what Iran is doing with these oil tankers and kidnapping of people in other countries. Iran is a horrific terrorist state. 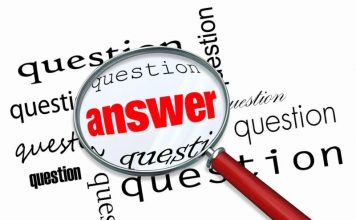