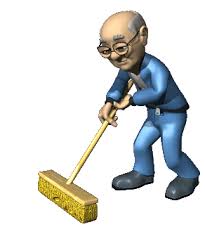 I never knew Rabbi Meir Kahane, but I knew a janitor who did.

In the late 90’s I attended a Modern Orthodox Yeshiva High school in Forest Hills Queens. It wasn’t the best of schools. In fact, it had a reputation for accepting ‘rejects’– kids for whatever reason who couldn’t get accepted to any of the ‘elite’ yeshiva high schools in New York City. It was also one of the few modern orthodox schools to accept with few questions the children of the many Jewish immigrants from the former Soviet Union.

The most important lesson I learned about Jewish peoplehood and Jewish pride came out of my high school’s janitor closet.

I along with another friend were the Zionist ideologues in the school, the Jewish radicals if you will. Our fathers had both been active back in the 70’s in the Jewish Defense League. To this day whenever he is asked during Jury duty if he has ever been arrested, my own dad answers with pride, “yes for Soviet Jewry with the JDL”.

In our basement my dad kept some taped cassettes of Meir Kahane’s speeches from the early 70’s. Kahane spoke of Jewish pain and power; of Auschwitz and of American Jewish passivity. He recalled how Moses rose to the occasion and smote an Egyptian who was beating a Jew. “An Egyptian was beating a Jew” he intoned in a way which made that historical trope seem to reverberate throughout history. Jews always seem to get beaten, but why do we always seem to have to take it so quietly? As a teenager I had never heard a Rabbi talk like that before, with such strength and power. And I have never since.

Our high school employed a middle-aged janitor from the former Soviet Union named Mark. We didn’t know much about Mark. He was short, with graying hair, and a cantankerous personality. He didn’t seem overly intellectual, or overly educated. His son went to our high school. To my everlasting shame we used to laugh about that. Twenty years later I now realize Mark was probably working a physically demanding and thankless job, just to send his child to that Jewish school.

Sometime in junior year my friend and I were walking past Mark’s janitor closet. We happened to notice that behind the mops and brooms, and amidst that unforgettable smell of bleach and chlorine was hanging a picture of Rabbi Meir Kahane.

We were shocked. Our rhetorical hero was the patron saint of janitor’s closet. “Mark” we asked, “What are you doing with Rabbi Meir Kahane”?

He looked up at us, and with a fire in his eyes pointed to the picture and in his Russian accent thick with a mixture of passion and reverence said, “This is a holy man!”. Rabbi Meir Kahane meant something to that simple Russian Jew, which we could not even begin to fathom. We immediately recognized the sanctity of the moment, and quietly made our way to class.

After high school I studied in an Israeli yeshiva. Served in an IDF combat unit and eventually earned a doctorate. I live in Israel with my wife and children. I have not for a moment forgotten that sacred moment in front of Mark’s closet.

This past week, the classically religious Zionist Jewish Home, and National Union Parties merged with the Meir Kahane influenced Otzma Yehudit (Jewish Power) Party. They did it to ensure that religious Zionist parties would pass the necessary 3.25% voting threshold. Recent polls indicate that if they fail to do so, a Left-Wing government may be elected.

Altogether, Otzma is expected to win one or two seats in the coming Knesset. The merger was a purely political move in response to a political calculation.

Ever since, Jewish media (both social and traditional) has been abuzz with a never-ending cacophony of condemnation. The decision caused, Yifat Ehrlich, a religious Zionist journalist, to resign her candidacy for a Knesset seat with the Jewish Home Party. Rabbi Mosheh Lichtenstein, Rosh Yeshiva of Har Etzion and a scion of the famed Soloveitchik-Lichtenstein family called the move (and anyone who supports it!) a chillul hashem – a desecration of God’s name. Rabbi Benny Lau, a nephew of the former Israeli Chief Rabbi, vowed to ‘go to war’ against Kahane’s Nazi like racist doctrine. Condemnations from AIPAC and the AJC were quick to roll in as well.

I’m not naïve. I understand who Rabbi Kahane was. I’m aware of the reprehensible actions -including mass murder – that some of his followers have committed. Otzma Yehudit speaks with a virulence against Israeli Arabs, foreign workers, asylum seekers and Israeli peaceniks, that often crosses the line into outright racism. Kahane himself was certainly no saint, and the Party that he inspired isn’t my cup of tea. I won’t vote for them. Ever since 2012 however the party has received some 100,000 votes in each national election. It wasn’t enough to thrust them into the Parliament, but that phenomenon is not something which can be dismissed as irrelevant or ignored as purely racist. It’s unfair, it’s ahistorical, and it’s not what Jews ought to do to each other.

The Ehrlichs, the Lichtensteins, the Laus, the AIPACs, the AJC’s and all the other wealthy, well educated, and mostly white elites of the Jewish world can say what they want. I’ll take my Jewish instincts from a different, but equally worthy hero, Mark the Janitor.

(Echad Me’Echai works in an Israeli University. With a family to support, he is writing using a pseudonym) 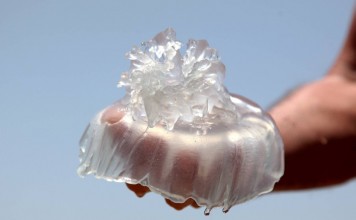 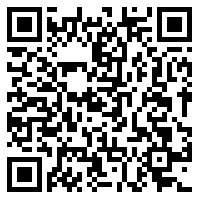