David Ben-Gurion, the first prime minister of the State of Israel, was often quoted in the early years of the state as remarking, “it is not so important what the Gentiles say as what the Jews do.”

This pithy remark reflected the notion that despite the criticism and animus that the Jewish people and the State of Israel were subjected to in international forums and public debates, our strength lay in our unity, wisdom and ability to make good and sound choices to ensure our security and well-being.


At the same time, that remark reflected the ever-present danger that we as a people and as individuals could on occasion be our own worst enemies. This thought comes to mind as one considers the troubling instances (so far, thankfully, few in number) of religious soldiers in the IDF who have expressed public political statements while in uniform indicating that they will refuse orders issued by their commanders and the government to evacuate any Jewish communities in Judea and Samaria.

More disturbing than that is the fact that a small number of rabbis, associated with the right wing of religious Zionism, have publicly endorsed their move and encouraged their own students to take that route as well.

This type of action and ideology of encouraging refusal of legitimate orders of the IDF because of one’s strong ideological views is not a new phenomenon and was, unfortunately, first encouraged by members of the extreme fringes of left-wing Israeli society in the 1980s and 1990s.

That phenomenon, however, never seemed to take hold in the population at large and did not have the imprimatur of a religious mandate. This new phenomenon of refusal, which first came to the surface during the disengagement from Gaza in 2005, has the potential to be far more widespread and far more divisive. As Prime Minister Netanyahu has rightly noted, this type of action and call to refusal has the potential to destroy the IDF and the State of Israel from within.

To their credit, the vast majority of mainstream religious-Zionist organizations, including the formal arm of the hesder yeshiva movement in Israel, have strongly denounced this phenomenon in no uncertain terms.

It is particularly troubling to see any religious-Zionist rabbi encourage refusal of legitimate orders on ideological grounds. At the heart of classical, mainstream religious-Zionism is the halachic notion, developed by the first chief rabbi of the Land of Israel, the sainted Rabbi Avraham Yitzchak ha-Kohen Kook, that in the absence of a formal king, the power of kingship and sovereignty devolves back to the Jewish people as a whole.

As such, the instrument by which they choose to govern themselves – i.e., the state and government – takes on the status of malchut (Jewish sovereignty) that must be respected.

For two thousand years the Jewish people were unable to exercise their own self-rule. One of the essential changes in the reality of Jewish existence in our day and age is the return of malchut Yisrael. Calls advocating refusal can tear asunder the fabric of the state and substantially weaken the strength and morale of the IDF – thus threatening the security of the state and undermining the unique privilege we have to foster and develop malchut Yisrael.

The State of Israel and the IDF have a code of ethics that delineates situations in which orders must be refused. These refer to “blatantly illegal orders” such as a command to wantonly murder unarmed civilians. The situations that are being discussed in our context are clearly not such a case. The issues at hand are ones in which complex political, ideological, halachic and diplomatic factors are at play, with divergent opinions and analyses on all sides.

People of good will can have varying perspectives as to the wisdom and efficacy of territorial compromise and its long-term impact on the security of Israel. Ultimately, however it is the democratically elected Israeli government that is the legal sovereign with the authority to make these difficult and wrenching calls.

It would, of course, be ideal if the IDF were not used in any such operations and the Israeli police alone could handle such missions in order to keep the IDF as far from divisive political issues as possible. 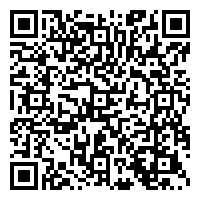