While the “shake it off” approach to life was recently popularized in a song from Taylor Swift (lyricshere) the concept is nothing new. How do we shake off the pain of a broken relationship, the test of fame or other brandishings of this long dark exile?

The Ba’al Shem Tov called it “deliberate agility” (זְרִיזוּתבִּמְתִינוּת), which translates as the balance between careful restraint and quick action. In the human body, agility corresponds to the quick movement of the eyes. This is also a faculty of wisdom—to quickly discern or size-up what we see. But the fast-paced quality of agility needs to be balanced by stability and careful restraint. In the body the equilibrium needed to move forward without falling face down in the sand is in the inner ear. Therefore “deliberate agility” relates to the unification of both light and sound–both sight and hearing—a unification which was manifest at the giving of the Torah at Mt. Sinai when, “And all the people saw the sounds…”[1]

The point to keep in mind then is that our “shake it off” approach to coping with daily anxieties and trauma is a “giving of the Torah” experience. To both envision ourselves as standing around Mt. Sinai to receive the Torah, and to envision the future Torah, the new and wondrous explanations to the eternal Torah given at Mt. Sinai, that will explained with the coming of Moshiach.

Traveling through this fallen world in exile is fraught with pitfalls that elude even the best “safe internet” programs. For instance, these programs presumably don’t protect against an insulting or depressing email, an upsetting news item, a bank account overdrawn. Even the most careful among us see, read, and experience many things daily that we’d like to “shake off.”

While having restraint and balance is important for moving forward in a positive direction, for someone browsing the internet, the eyes generally come first. If there was no impulsivity, no desire to click first and think later, then maybe browsing the internet could also be an exercise in both deliberation and agility. But for most of us, we run into something either on the internet or in our non-virtual lives, and then we search for some coping method to properly process the experience.

If a site can lead us instantly down a dark pit filled with snakes and scorpions, responding that being deliberate could have prevented this fall doesn’t help. Instead the first question we need to answer is how to “shake off” immodest pictures, depressing news or emails, through sight alone.

Let’s say the balance is not there and sights are drawn either to something immodest, graphic, or just downright depressing. What is the immediate answer to this? If we feel ourselves drowning, falling into the pit, how do we immediately jump out and on to stable ground? The answer has nothing to do with equilibrium or steady movement as there is no time for this. This is a code red emergency situation and only an immediate response will do.

The answer is to instantly divert our sights from the snakes and scorpions, a world that appears to be at odds with the Torah and God, to the opposite—to envision the Redemption happening and unfolding at that moment.

In something called the “mindfulness movement,” the latest fad to be based on eastern practices, the emphasis is on living in the “now,” the present. For us this means to envision in our minds-eye the awareness of “Moshiach now.” To avert our glance from the darkness of the exile, mindfulness movement included, and set our sights on the rebuilt third and everlasting Holy Temple.

Moving Towards the Future

But this is not enough. Being an idealist is a good start but not the solution. The next step is to take this vision out from the clouds, from a virtual reality, and do something with it. Now that we have shaken off the darkness with our future-focused sight, we need a deliberate, systemized plan of action. Again it would have been better to have both deliberate and agile from the beginning, but consider the “sight first” phase of our lives a learning experience.

For many of us, we need to first learn to “shake off” through sight, and then through both sight and sound together. “Deliberance” means to hear the faint sound of the “great shofar” blast that will usher in the Redemption, and because we hear this faint sound we are inspired to progress closer towards it. But sight is immediate… immediate both for the good and for the not so good.

In the Mendy Pellin parody of the song referenced above, he reworded the lyrics to read “I’m Taking Off.” The theme used in the parody was one of leaving work for the sake of observing a Jewish holiday… whether to light the Menorah or another Jewish holiday.

This metaphor of leaving the constraints of work in order to observe a Jewish holiday relates to our discussion as follows:

To “shake off” the negative and dark things we see, we need to immediately depart from the constraints of exile, and envision the world as it will be in Messianic times. We need to shake off by taking off. In previous decades, taking off for Shabbat every week for many meant looking for a new job on Sunday. Thankfully many of us work for understanding companies, and now there are laws in place and so forth. But still the metaphor is a useful one. Namely that to “shake off” with agile sight means first to “take off” by leaving the constraints of exile–symbolized here by the office—and envision the Redemption. 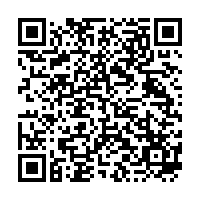