My sister Lisy and I have an ongoing dispute. She insists I embarrassed her long ago by singing loudly when she we went to see “West Side Story” at a cinema. I know I first saw the film much later in life. We are both absolutely certain the other is wrong. Nevertheless, neither of us thinks the other is lying.

Memories work in strange ways. It is common to remember things differently than the way they really happened; our vivid memories often bear little resemblance to reality. Especially when it comes to traumatic events, our memories play tricks on us.

Last week, I, like millions of others, saw two very compelling testimonies – one by Dr. Ford, who vividly recounted a traumatic incident, and one by Judge Kavanaugh, who adamantly denying the charge leveled against him. Interestingly, both might honestly believe they spoke the truth.

If there’s a clear villain in this sordid matter, it’s Senate Democrats who declared they would oppose the nomination “with everything they had” even before the nominee was announced. Judge Kavanaugh was absolutely right in accusing them of substituting their senatorial function of “advice and consent” with “search and destroy.” They engaged in pure character assassination, surpassing the number they did on Judge Bork, in an effort to run out the clock.

As Piers Morgan said, “The Democrats, led by Senator Dianne Feinstein, timed this bombshell to cause maximum damage to the nomination process, and to exploit the inevitable scandalous headlines to influence the vital midterm elections.

“Feinstein knew about Ford’s allegation two months ago. The right thing to do would have been to publicly demand an immediate investigation – including, if necessary, by the FBI. Instead, she held it back, waiting to strike when the potential political gain was at its most timely…”

As things stand now, unless the FBI unexpectedly discovers corroboration for Dr. Ford’s story, there is insufficient evidence to sink Judge Kavanaugh’s nomination. But I think there is much we can take away from this incident. When this allegation first arose, I was visiting Rav Michel Twerski in Milwaukee. I asked him, “We are approaching Yom Kippur: What if there is something in my past that still makes me shudder when I think of it? I have repented often on Yom Kippurs past. Do I still have to carry this sin with me today?”

In reply, he gave an entire shiur, whose essence was: It depends. If a person feels deeply and sincerely that whatever caused his youthful indiscretion has been worked through and he has since grown and changed his character; if he is capable of saying, “I am no longer that person” (see Rambam, Hilchos Teshuvah 2:4), then he should leave the event in the past and not let it interfere with his current life and avodas Hashem. He needs to believe teshuvah atones for sins and that we are given a clean slate to focus on the present and future.

However, if deep in his heart a person knows he is still struggling with the same issue, his teshuvah is obviously still incomplete. Even then, the best way of dealing with it (according to chassidic thought) is primarily by focusing on acting positively rather than wallowing in the shmutz of the past. But certainly part of Yom Kippur should be about trying to face the ugly past and asking for help to break with it and achieve a better future.

There is insufficient evidence to make me believe Judge Kavanaugh attacked Dr. Ford. But even if, arguendo, he does bear some guilt, he is clearly no Harvey Weinstein or Bill Cosby, who behaved despicably as adults and deserve every censure. He appears to truly not recall ever acting in a manner that is totally inconsistent with the virtuous life he has lived the last 30 years. He appears to be a different person, incapable of such behavior (hence his very raw emotions and pain in his visceral denial).

In dealing with the skeletons in our own closets, let us hope we did our best in this season of teshuvah in making the necessary changes in our persona and rejoice that our Father in Heaven allows us to clean the slate and move forward in life with simcha. 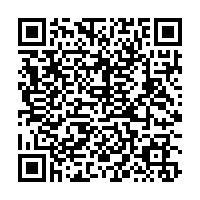