King Abdullah of Jordan stood up today at the United Nations and had the audacity to blast Israel.

In his rant, this little dictator, elected by no one, had the nerve to pretend that Christianity is under attack in Israel and that somehow, as head of the Hashemite Kingdom, he has the responsibility to be the custodian of Muslim and Christian Holy sites in Jerusalem. He says that he is committed to protecting the historical sites and the defender of rights and the city’s heritage.


This is a farce.

This is a joke.

This is blatant historical revisionism and hypocrisy in full display by the leader of a country that has:

So let’s discuss the kind of ‘protection’ and ‘responsibility’ that Jordan has shown over the years.

At the end of the Israeli War of Independence in 1948, a war that started when Jordan and the surrounding Arab countries invaded Israel with the intention of eradicating it, Jordan was left illegally occupying the areas of Judea and Samaria, known to the outside world as the West Bank.

Part of that illegal occupation included the eastern part of Jerusalem, in which Judaism’s holiest sites existed, including the Old City with the Temple Mount and the Western Wall.
What Jordan did then was a crime against humanity, an attack on human rights and an assault on history itself.

They destroyed the Jewish Quarter of the Old City, wiping out 58 ancient synagogues. But they didn’t just wipe them out–they also looted their contents and then expelled all the Jewish residents. Just as the Romans did 2000 years earlier, they tried to remove all Jewish connections to our most ancient and holy city.

This is called ethnic cleansing.

But that wasn’t enough for them. They then ransacked the Jewish cemetery on the Mount of Olives, a place where Jews had been buried for over 2500 years. They then proceeded to desecrate all Jewish graves, smashing their tombstones to use as building materials.
Even that wasn’t enough, for they also turned Jewish religious sites into chicken coops and animal stalls and latrines.

This artificial entity, which has the audacity to dictate to Israel about international law violated not only that so-called precious international law they pretend to care about, but also the basics morals of human dignity.

Under Article VIII of the Armistice Agreement of 1949, they were supposed to grant ‘free access to the Holy Places and cultural institutions, including the use of the cemetery and the Mount of Olives.’ But true to their nature, they did the absolute opposite, banning all Jews from entering their holiest site on earth.

And the only time Jews were eventually allowed back was when they liberated the city in the 1967 Six Day War.

For the King of Jordan to have the nerve to stand on an international podium and state that “the holy city (of Jerusalem) must not be a place for hatred and division” is an affront to all those people who have actually suffered under the very hatred and division that he has sowed.

When Israel inexplicably allowed the Jerusalem Islamic Waqf to maintain control of the Temple Mount after the Six Day War, they enacted a policy of preventing Jews from praying on the Temple Mount, deeming it illegal.

And preventing a People from praying on their holiest site is the very definition of “hatred and division.”

All too frequently, charlatans like the King of Jordan protest against Israel on the basis they represent a so-called position of moral clarity. They use lies and false accusations against the Jewish State in a continuing and ongoing effort to delegitimize Israel.

Just as those who lead demonstrations and boycott movements against Israel pretend to do so on the basis of seeking some kind of justice as if they represent the moral center of the world.

The truth is that they are the polar opposite of everything they profess:

And while they stand on the podium of moral clarity, what they really represent is moral depravity. 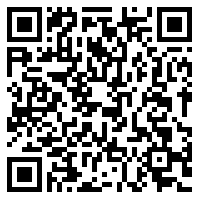