As the cardinal lesson from the War of Independence, the Israeli defense establishment decided, as Prime Minister and Defense Minister David Ben-Gurion told the Knesset on June 20, 1950, that should a new war break out, Israel would react by “taking the fighting to the other side’s territory.” This brilliant operational approach became outdated after the 1967 Six-Day War as Israel gained enough territorial depth to halt its attackers far from its population centers.


But then, rather than adjust itself to the new geostrategic circumstances and adopt a defensive strategy that would give it a clear operational advantage by deploying along the new, remote borders in such a way that would allow the standing army to drive maximal enemy forces into “killing zones” where they could be attacked and defeated by the reserve forces, once they had been fully mobilized, the IDF remained entrenched in its offensive strategy against all operational and strategic logic.

The price of this blunder was painfully high. At the outset of the Yom Kippur War, Israel suffered heavy casualties while defending forward positions that should have been temporarily vacated so as to contain and later destroy the enemy in a counterattack by the reserve forces (as indeed happened eventually, albeit without prior preparation and at a heavy human and material cost). In those initial days of the conflict, the high command’s operational conduct was seriously wanting, with divisional battles waged (in the words of the Agranat Commission of Inquiry) as if they were company-level battles.

The roots of this lack of professionalism at the command-operational level dated back to 1957, when the IDF adopted the notion that career military service constituted the first of at least two careers in an officer’s life. The instigator of this approach was Chief of Staff Moshe Dayan, who raised the idea of granting the IDF command “eternal youth” by having commanders retire when still young (40-42) and injecting new blood in their stead.

Dayan’s initiative ran into sharp opposition from Ben-Gurion, who asserted that

military service must be a life’s mission. Only then will someone give the best he has. A life’s mission is a mission for one’s whole life…. We cannot suffer a single defeat, because then we are lost. It depends first and foremost on the quality of the commanders, and I view the problem of the quality of the commander as inextricably linked to the fate of the people of Israel rather than a purely military problem…. What suited the Hagana [underground organization] doesn’t suit the IDF…. An army must be an army…. Two [career] cycles are dangerous for an army.

Ben-Gurion did not, however, put his full weight behind abolishing the two-career approach. This led to stark defects in the training of the IDF command staffs, including:

The result was that senior command and staff posts were manned by officers who lacked the appropriate education in the art of war on the one hand, and the operational experience needed to compensate for those educational gaps on the other. That is one of the reasons divisional battles were conducted as if they were company-level battles.

In the command profession, cumulative age and experience is key to personal development and preparation to contend with unforeseen surprises and crises. For this reason, advancement to military-leadership roles proceeds slowly. Once an officer is appointed to his first military-leadership role (brigade commander) in about the middle of the fourth decade of his life, his promotion may well accelerate. The dire conditions of the War of Independence forced the IDF to put young officers in senior command roles. But turning an operational necessity into an ideology was a grave error that flouted the accepted notion of service in the military world.

The Yom Kippur War vindicated Ben-Gurion’s avowal that “an army must be an army…. Two [career] cycles are dangerous for an army.” The flawed seeds Dayan sowed as chief of staff were sorely reaped by him (and by Israel) 16 years later when he served as defense minister. 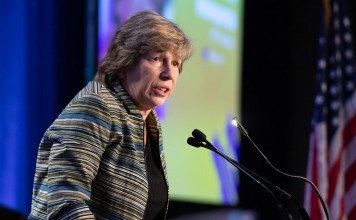 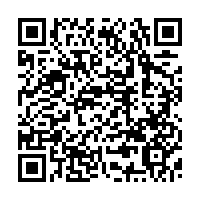