It was my first job out of college and I wasn’t exactly thrilled when my boss told me: “You’re going to Nashville.”

I was working for a small New Jersey-based music publisher. It was my job to get artists to record and labels to release songs owned by the company so that the songs could earn money for both the company and the writers of the songs.


After having given me a week to listen to and familiarize myself with the bulk of the company’s catalog of songs, the boss handed me a list of New York City buildings that were filled with offices occupied by music companies. He told me to knock on every door of every company that could record and release songs from our company’s catalog and then try to meet with those companies’ producers and executives to pitch our songs.

“Start on the top floor,” he said, “and work your way down to the first floor.”

And so I did, from top to bottom, building to building. Getting appointments with producers and music executives was challenging, to say the least, so you had to be super-aggressive and use your full powers of persuasion to get in. As an aspiring songwriter, I felt that learning the art of pitching songs could be beneficial – but it required me to be pushy to the point that it made me feel uncomfortable.

So when my boss asked me to go to Nashville, I welcomed his order with about as much enthusiasm as I would a pickle and mustard sandwich. If cold solicitation in New York City had been no picnic, what would it be like in a southern city?

First, I had heard that Nashville was extremely cliquey. If you weren’t in country music’s inner circles the doors were basically closed to you. Second, I wondered how I would fare there since my accent and looks pretty much marked me as a New York Jew.

With a bit of trepidation I traveled to the capital of country music and found it just as I’d imagined. It seemed very insular and I felt like an outsider.

As I did in New York, I knocked on doors on the city’s Music Row – which was essentially based on streets lined with houses where record labels and other companies had their offices.

I got absolutely nowhere. I couldn’t even get past the reception areas, which seemed to be guarded by the most unpersuadable people I’d ever met. Time and again I was told the producers weren’t taking appointments and wouldn’t even listen to dropped-off demos.

As a 22-year-old neophyte in the music business I really didn’t know all that much about it, so I sometimes knocked on doors of companies involved in other aspects of the business but not looking for songs.

One day my ignorance led me to one such door, and after I introduced myself the owner seemed to look at me with a glimmer of recognition.

“Are you a landsman?” he asked.

Having never heard the word before, I thought for a second. Landsman? What’s that? Like a Baptist, a Lutheran, an Episcopalian, or a Methodist?

And then, after pausing for a moment, I asked, “What’s a landsman?”

“A landsman’s a fellow Jew,” he told me.

With a common bond now established, we struck up a friendship and I told him of my difficulty getting appointments in Nashville.

“Let me make a phone call for you,” he said.

He called the head of a major music licensing organization in town and made an appointment for me to see him. When I went to his office I was greeted by a man with long blond hair. Wearing cowboy boots. And sporting a very gentile-sounding name. He obviously wasn’t Jewish.

I told him about the songs in my company’s catalog and he was as nice as could be, working the phone and lining up appointments for me with some of country music’s top record producers. These were not second- or third-tier apparatchiks, mind you, but men with hits at the very top of the country music charts – powerful men who would never have given me the time of day had it not been for the fellow with the long blond hair and the cowboy boots.

But there was only one reason I’d been able to meet that fellow in the first place: the kindness of the Jewish man who made it all possible because he recognized me as a fellow Jew.

From that time on, I have never forgotten the meaning of the word landsman. 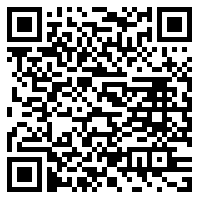