Ever since Saturday night’s demonstration against the nation-state law in Tel Aviv, which was organized by Israel’s Arab community, people have been talking about the presence of Palestinian flags. But too little attention has been paid to something even more disturbing—the enforced absence of Israeli ones.

Certainly, demonstrators who wave Palestinian flags while chanting slogans like “With blood and fire, we will redeem Palestine” merit attention. As Jonathan S. Tobin noted earlier this week, those protesters clearly weren’t seeking to reform Israel, but to eradicate the Jewish state.

Nevertheless, the demonstration’s organizers explicitly asked people not to bring Palestinian flags since they hoped to attract Jewish moderates rather than just the usual far-left fringe, and understood that Palestinian flags would make Jewish moderates uncomfortable. Nor is it their fault that some people ignored this request; at any demonstration with tens of thousands of participants, some people will disregard the organizers’ instructions. So while the chants and Palestinian flags certainly say something about the intentions of those particular demonstrators, they don’t necessarily indicate the views of the majority.

What’s far more telling is that the organizers also banned Israeli flags at the protest, arguing that they would make Arab demonstrators uncomfortable (here, too, some people disobeyed). They did this knowing that it would undermine their goal of strong Jewish participation since many Jews opposed to the nation-state law would still feel uncomfortable at a protest where Israeli flags were unwelcome. And this wasn’t a decision by a few rebellious protesters; it was made by the Arab community’s most representative body—the Higher Arab Monitoring Committee, which consists of elected mayors, Knesset members and other community leaders.

In other words, the organizers believed that Israeli flags were unacceptable to most of their community. So they informed Jews that no partnership was possible, even over an ostensibly major shared concern, unless the Jews agreed to forgo even the most basic symbol of their Israeli identity.

If this doesn’t immediately strike you as outrageous, try imagining, say, a protest against U.S. President Donald Trump’s immigration policy at which protesters were forbidden to wave American flags. It would be ridiculous. After all, most of the policy’s opponents consider themselves proud Americans who object to the policy precisely because they think it contradicts America’s best values, and most of the immigrants themselves would like to become proud Americans. So why would anyone mind if American flags were present?

For the same reason, Israeli flags were much in evidence at the Druze community’s protest against the nation-state law the previous week. Those demonstrators, Druze and Jews alike, considered themselves proud Israelis, nor did they have any objection in principle to Israel’s Jewish identity. They merely thought the law as currently worded contradicts Israel’s best values as a Jewish and democratic state.

By banning Israeli flags, the Arab community’s protest sent the opposite message. Arabs didn’t come as proud Israelis who felt that Israel was betraying its best values; they came because they oppose the very existence of a Jewish state, up to and including its most innocuous symbol: the flag. And they object to the nation-state law not because of any infelicitous wording, but precisely because it enshrines aspects of Israel’s Jewish identity in a quasi-constitutional law, thereby making it harder (at least theoretically) for the Supreme Court to continue eroding this identity by interpreting “Jewish” at a “level of abstraction so high that it becomes identical to the state’s democratic nature” (to quote former Supreme Court President Aharon Barak). In other words, Arab demonstrators were dismayed because they fear the nation-state law will impede their decades-long effort to erode Israel’s Jewish identity—which, of course, is precisely why the law’s supporters favor it.

Lest anyone think I’m reading too much into a flag ban, the Higher Arab Monitoring Committee said all this explicitly in a document it commissioned in 2006. The first operative paragraph of “The Future Vision of the Palestinian Arabs in Israel” reads as follows: “Israel is the outcome of a settlement process initiated by the Zionist-Jewish elite in Europe and the west and realized by Colonial countries contributing to it and by promoting Jewish immigration to Palestine, in light of the results of the Second World War and the Holocaust.” In other words, Israel is an illegitimate colonialist enterprise that has no right to exist.

The document then proposed various mechanisms for eradicating Israel’s Jewish identity, such as demanding that the Arab minority be given veto power over any policy adopted by the Jewish majority. This, incidentally, would also destroy Israel’s democratic character: Countries where ultimate decision-making power rests with the minority rather than the majority aren’t generally classified as democracies.

Nevertheless, over the past decade, there’s been a slow, grassroots movement toward greater integration in the Arab community. So one could simply argue that more time is needed before this sentiment trickles up to the community’s leadership.

But it’s never been clear whether this integrationist movement represented growing acceptance of a state that’s both Jewish and democratic, or merely a growing belief that efforts to erase Israel’s Jewish identity were gaining momentum. After all, many Jews feel that the state’s Jewish identity is under siege, which is precisely why many supported the nation-state law. Thus it wouldn’t be surprising if many Arabs had reached the same conclusion.

Unfortunately, the Israeli flag ban at Saturday’s demonstration indicates that the pessimistic interpretation may be more accurate. The worrying part isn’t that Arab demonstrators didn’t want to wave Israeli flags themselves; nobody has to wave flags at a demonstration. It’s that any Jew who wanted to do so was declared persona non grata. In short, the Arab community wasn’t willing to countenance any form of Jewish-Arab cooperation that didn’t include the Jews completely abdicating their identity.

That is the real message of the missing Israeli flags. And it’s one that anyone dreaming of a glorious new era of Jewish-Arab civic partnership should keep in mind. Because no such partnership is possible as long as the price of entry for Jews is abandoning Israel’s Jewish identity. 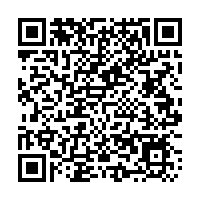