In fact, the continual pattern of violence in the Arab world against Israel agitates liberals greatly – and makes them condemn Israel, not its foes, for having inspired Arab rage, with the assumption that only peoples with justifiable grievances are moved to violent ends to solve their woes. This explains why the left has regularly glossed over terroristic behavior on the part of Islamists – Hamas, Hizbullah, Fatah, the Al Aqsa Brigades, or others – and has romanticized this violence as “resistance.”

The language of multiculturalism that animates the hate-Israel crowd is sprinkled with the code words of oppression, and radicals in newly identified victim groups frequently see themselves as deserving of protection and special political, racial, and cultural recognition. Thus, the decades-old emphasis on enshrining multiculturalism has meant that activists have been seeped in an ideology that refuses to demarcate any differences between a democratic state struggling to protect itself and aggressive, genocidal foes who wish to destroy it with their unending assaults.

For the multi-culturalist left, the moral strengths of the two parties are equivalent, even though the jihadist foes of Israel, for example, have waged an unending struggle with the stated aim of obliterating the Jewish state through the murder of Jews.

There is no other explanation for why educated, well-intentioned and humane individuals, experiencing paroxysms of moral self-righteousness in which they are compelled to speak out for the perennial victim, can loudly and publicly advocate for the murder of Jews – who already have created and live in a viable sovereign state – on behalf a group of genocidal enemies of Israel whose tragic condition may well be their own doing, and, at any rate, is the not the sole fault of Israel’s.

That these activists are willing and ready to sacrifice the Jewish state, and Jewish lives, in the name of social justice and a specious campaign of self-determination by Palestinian Arabs shows how morally corrupt and deadly the conversation about human rights has become.

Its lethal nature and intent should frighten us all. 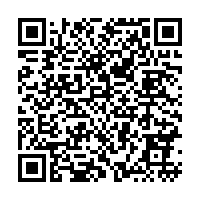