The challenge of day school affordability is not just an economic but an existential one; it is about the continuity and vitality of the next generation of Jews. While enrollments are at an all-time high, so are tuition bills.


Groups like the OU-Teach NYS Initiative, UJA-Federation of New York, Agudath Israel of America, the Board of Jewish Education and Torah Umesorah have proven to be great advocates for schools in need. For years we have proposed or supported bold proposals that would deliver new aid to day schools and their families. But in today’s tough economic times, new initiatives are merely academic discussions.

Thus, we have turned our advocacy efforts to the resources and funding streams that currently exist in New York State and, in particular, to expanding support from a government program you probably have never heard of. There are approximately 400,000 students attending private schools in New York State and private-school students account for 13 percent of all students throughout New York. However, the private school community receives only 1 percent of the funding that goes toward education. This seems patently unfair, and it is.

Since 1974, New York law has imposed several requirements on our schools, including, among other responsibilities: reporting student enrollment and faculty employment numbers each year; administering tests to students in elementary school and high school; reporting which students graduate each year; and verifying that all students are vaccinated.

These Mandated Services Reimbursements (MSR) were accompanied by a promise to reimburse private schools for the cost of compliance, estimated at $90.4 million for this school year. For thirty-three years this promise was kept. Then, faced with a budget shortfall in 2007, the state abandoned the idea of full reimbursement and cut MSR by a hefty amount. Although we have collectively managed to get MSR restored to its full funding level, the state still owes the private school community over $30 million for the years that our schools were underpaid.

Another type of service mandated by the state is the Comprehensive Attendance Policy (CAP), which requires private schools to report student attendance for every grade by every class period. CAP requirements first took effect in the 2003-04 school year and cost private schools $38 million that year alone. Unfortunately though, New York State wasn’t nearly as accommodating in its payments of CAP as it was with MSR.

From the start, the state ignored its obligations to reimburse private schools for CAP. For the 2003-2005 school years, the Education Department did not allocate any CAP funding, claiming the schools failed to submit student attendance data. In fact, the Education Department could have gathered attendance data from the private schools’ Mandate Services Reimbursement forms. Since then, the state has continuously under-funded CAP. Currently, the private school community should be receiving $58 million in CAP funding – but received $33 million last year.

In addition, the continued underpayment for CAP has resulted in a deficit of over $210 million. That’s a lot of money that would go a long way if it were allocated to the private schools. MSR and CAP are real funding streams that go directly to each school that complies with the reporting, which includes most private schools. They go straight to the school’s bottom line and relieve a large part of the financial burden every school faces.

Last October I was privileged to have been hired by the Orthodox Union, in anticipation of its merger with Teach-NYS. This merger combined the resources of two organizations with long records of accomplishment in the field of education, one across the nation and the other in New York. To further the reach and impact of these two organizations, we partnered with many different Jewish schools across the religious spectrum. No private school is immune from the issue of rising payrolls and tuition costs and this was one issue that could unite schools of all religious philosophies. What we established was a tremendous partnership with many schools, representing thousands of children across New York State. 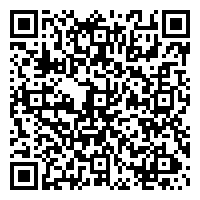