The waiting game is on as politicians and pundits try to read the tea leaves regarding the soon-to-be-released Mueller Report. We know the major conclusions: no criminal conspiracy between the Trump campaign and Russia; and no charges of obstruction by President Trump, based on a division of opinion among the investigators and a decision by the Attorney General and the Deputy Attorney General. What we do not know is how critical the report will be, especially with regard to obstruction. We can reasonably expect that those investigators who favored accusing the President with obstruction will lay out their case against Trump. This raises the legal and ethical question of whether it is proper for prosecutors publicly to disclose the evidence and arguments against the subject of a criminal investigation who is not being charged.

Let us subject that question to the “shoe on the other foot test.” To do so, we must go back to the statement made by then-Director of the FBI James Comey after he completed his investigation of Hillary Clinton and her private email server. Assume, for purposes of this test, that Comey had simply announced the decision not to charge Clinton with any crime, but the Republicans had learned that he had submitted a report to the Attorney General giving the reasons for not charging her. There were rumors that the report was critical of Clinton’s handling of her private server as careless, maybe even extremely careless. Assume further that the Republicans demanded the public release of that critical report.

Democrats would be outraged, insisting that all the public had the right to know was that a decision had been made not to charge her. The public did not have the right, nor did prosecutors have the authority, to disclose any other conclusions they may have reached about her non-criminal carelessness during their criminal investigation. The public certainly did not have the right to see grand jury testimony critical of Clinton.

So, what is different now that the shoe is on the other foot — now that it is the Democrats who want the public to see the same type of information against Trump they would not have wanted them to see against Clinton? The answer is that both sides of the political aisle repeatedly fail the “shoe test” in our hyper-partisan age of “anything is fair in gotcha politics.” What is good for the goose is not good for the gander if they are with different political parties.

To be sure, both sides of the aisle want the Mueller Report released, and it will be released because the American people want to know what is in it. We are all understandably curious. Trump is our President and Mueller is our Special Counsel. So consistency goes out the window.

But the law cannot be ignored. The law requires the Attorney General not to disclose grand jury evidence without a court order. It also requires the non-disclosure of privileged material, including executive privilege, and of legitimately classified material. The public, and even Congress, will therefore have to wait until the Attorney General completes his legal review. The courts should not shortcut that review by enforcing subpoenas from partisan Congressional committees.

Patience, everyone. You will get to read the nearly 400-page report before long. It is unlikely to contain major bombshells or really new evidence of a dramatic nature. More likely, it will construct negative narratives based largely on what we already know. Remember that the report, however redacted, will be a one-sided document, based on uncrossexamined witnesses selected by prosecutors. No witnesses favorable to the subjects of the investigation will have testified before the grand jury. An investigation by a special counsel is not a search for objective truth. It is a search for incriminating evidence sufficient to charge. It should be read with that in mind.

When it is released, I will be writing an introduction to it that will accompany the Report that will be published by Skyhorse. So stay tuned for my take. 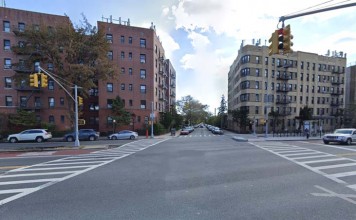 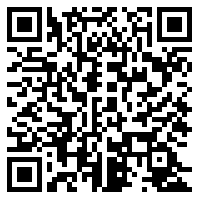