Among you, the Jews in America, are some of my dearest friends and closest relatives, and all of you are my people. Although I’ve been living in Eretz Yisrael for decades, you are always on my mind.

Some of you may see the United States as another promised land. “Life is good for us most of the time,” you say, “and the occasional crisis can be handled. There is no immediate reason to consider a future anywhere else.”


Some of you may know that the Jewish people’s future – eventually – is in the Land of Israel. Yet, you think that future is not necessarily near. Maybe you expect it will come in a supernatural way, with Jews miraculously transported to take part in the redemption predicted by our prophets. You may even believe that, if that event is delayed, you really should make the move on your own – at the right time.

Whether I have described you or not, please bear with me.

Many of us decry anti-Semitism, but we have to face a sobering thought. Had the Almighty not arranged for discrimination against Jews to be a universal phenomenon, would Jews still exist today? Would we not have – over the generations of exile – simply assimilated into our host nations and disappeared?

Look at the U.S. where prejudice against Jews declined after World War II. Look at the state of affairs today. Is there a more frightening example of assimilation than the presence of three intermarried Jews in President Biden’s family? Surely these intermarriages are the predictable corollary of insufficient anti-Semitism in recent American history.

Some English-language Jewish newspapers have celebrated these intermarriages, suggesting that they’re proof of the dawning of a new era. An article entitled “There’s Going to Be a Lot of Kvelling at the White House” mentions the president’s “beautiful interfaith family” and calls it “emblematic of the story of Jewish history.”

And when Orthodox Jews are appointed to high positions in the American government, the Jewish community hastens to assure the general population that it has no dual loyalties! What ever does that mean? Can a Jew living anywhere in the world not feel loyalty to the Land of Israel and his own people?

You who value Jewish continuity, are you at peace with these developments?

I sit in my comfortable Jerusalem home and fervently wish I could make you see: Yes, the United States of America has been a warm and welcome port in a storm of pogroms, crusades, and Inquisitions. We owe it a sincere thank-you for that.

But for some time now, the Almighty, in His mercy, has welcomed us back into the land he chose for us. Decades ago, through the miraculous agreement of the nations of the world, He opened the gates of our Land so that we could return to it from anywhere on earth.

He has blessed His people with tremendous success and a comfortable standard of living in His Land. There is still work to be done before the end-of-days scenario unfolds in all its glory, but any Jew can return now and help shape that future – merely by deciding to accept G-d’s invitation.

Meanwhile, the Jew in America today walks down a narrowing road. On one side of the road is rising anti-Semitism, and on the other side looms – even more ominously – warm acceptance by gentiles with its tragic results.

I applaud anyone who says, “It’s time to come home.” If you’re even starting to get the sense that now is the time for you, please get up and move! If not, perhaps the time has come for you to re-examine current trends with an eye to the future. To the extent that man is given the intelligence to calculate probabilities, where do you think matters are going?

Will there be more Jews marrying non-Jews in high places? Will there be more Orthodox Jews in prominent government offices having to deny loyalty to the people of Israel? What will that mean for our spiritual welfare? Can you be sure it won’t affect you and your family?

And what if history repeats itself and a backlash anti-Semitic movement rises and threatens the physical wellbeing of American Jewry? Whatever lies ahead, where do you want your descendants to be? Where do you want to be? 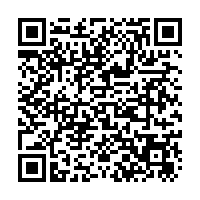