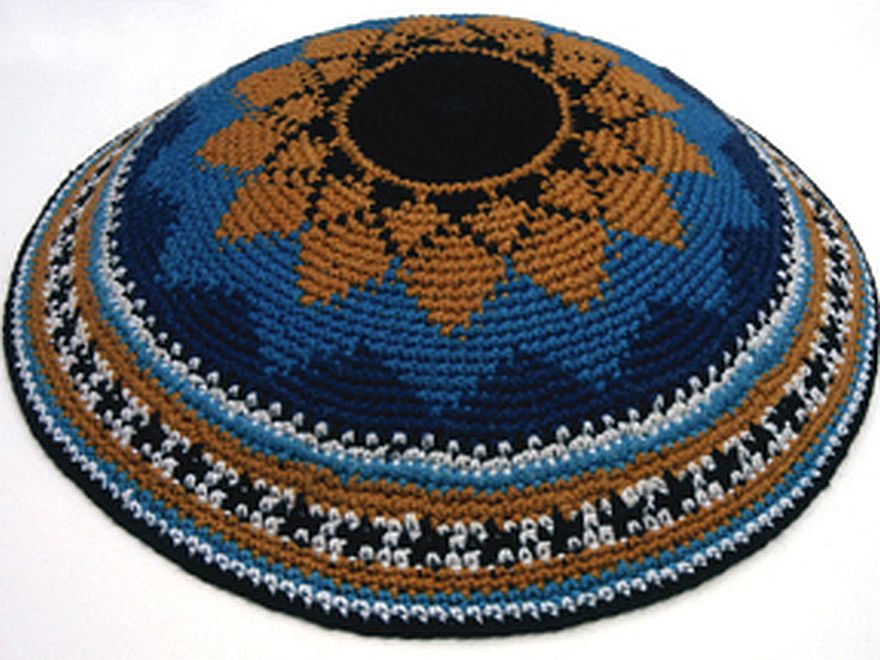 Because of our traditions, we’ve kept our balance for many, many years. Here in Anatevka, we have traditions for everything: how to sleep, how to eat… how to work… how to wear clothes. For instance, we always keep our heads covered, and always wear a little prayer shawl that shows our constant devotion to God. You may ask, “How did this tradition get started?” I’ll tell you! Tradition – Tevye, Fiddler on the Roof

On 1 September 1941, on the initiative of Reich Minister Joseph Goebbels, the German Interior Ministry issued an order that from 19 September 1941, all the Jews of the Reich and the Protectorate aged six and older were required to wear the Jewish star (“Judenstern”). The order stipulated that the palm-sized badge be sewn on their clothes, on the left side of the chest, at heart level, to be noticeable in a public place.


When Nazi officials implemented the Jewish badge they did so in an intensified systematic manner as a prelude to deporting Jews to ghettos and killing centers in German- occupied-Eastern Europe. Jews needed to be identified as Jews – to ensure that not one of them escapes extermination.

This weekend we learned that the “new Germany” encourages Jews in Germany not to wear their head coverings everywhere in public. It is now dangerous for Jews to be readily identifiable. Germany’s top official responsible for efforts against anti-Semitism, Felix Klein, decided that personal safety is more important than religious freedom. And so, in a remarkable historic irony, the country that gave us the Holocaust and the star of David as a badge of shame, today in the guise of concern for its Jewish residents, gives us guidance about how to cope with the nascent rise of anti-Semitism by suggesting that this time we hide our identities and forsake our traditions!

Michel Friedman who previously served as president of the European Jewish Congress put it bluntly: “When a representative of the federal government officially tells the Jewish community that ‘you are not safe against anti-Jewish hate everywhere in Germany’, then that is a pathetic display for the rule of law and political reality”.

It is hard to believe that in the span of one generation we have gone from the defeat of Nazi-ism and the realization of the ultimate unspeakable horrors of anti-Semitism to a repeat of Jew hatred considered so unstoppable and insoluble that the only viable response is for Jews to hide who they are and ignore their religious beliefs.

Felix Klein’s advice to the Jewish community resonates with an appalling reminder of a Holocaust strategy that failed. As Jews were being rounded up for deportation to concentration camps there were those who sought to conceal their identities. They took the dangerous step of not wearing the required yellow star. They tried to pass as non-Jews. It was not a yarmulke that gave them away. Nazis knew there was a simple way to reveal the truth. “Take down your pants,” the men were told – and the sign of their circumcision gave them away.

We need to prove that our Jewish identity is a source of pride, not of shame; a source of joy, not a burden.

“Take off your hats” will not suffice to secure our safety when the virus of anti-Semitism continues to spread. The very act of giving in to this affront to our religious affiliation is already the greatest proof of our enemies’ victory.

Tevye was right. The reason for wearing a skullcap is tradition. The law is not biblical. Yet it is rooted in a biblical law with profound significance. Today we wear tefillin – the phylacteries on head and hand – only during prayer. We do not consider ourselves worthy enough of wearing them throughout the day as we go about our regular activities. Yet that was the original law. The purpose? Clearly to acknowledge to ourselves and to be identified to the world at large as committed both mind and body to the Almighty above us.

As Jews with the divine mission to be “a kingdom of priests and a holy nation” we were meant to be recognizable. Our dedication to God was always visible. Jews wore tefillin – until we didn’t feel ourselves holy enough except during prayer. But for the rest of the time we need to publicly demonstrate our life commitment to a “higher being” – like the head covering above us. We need to prove that our Jewish identity is a source of pride, not of shame; a source of joy, not a burden.

How tragic that Germany of all places feels it helpful to suggest, unlike the 40s, not to identify ourselves with the yellow star but to conceal our identity with bare heads devoid of any link with our God. To recommend that we renounce Jewish pride in our faith only serves to contribute to the insidious and dangerous assimilation of the Jewish people. 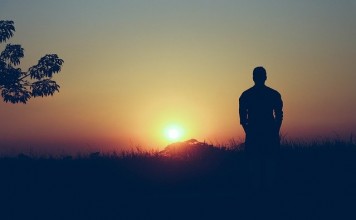 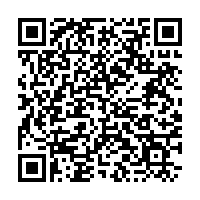