The New Israel Fund (NIF) is ecstatic over its victory dismantling the Israeli government’s plan to deport illegal migrants from Africa back to friendly, third-party African countries. As the self-described “real opposition” in Israel, the NIF believes it has accomplished a major policy goal.

The NIF is indeed on a roll. Their grantees have been advocating against the self-defense tactics of the IDF at the Gaza border and are also trying to stop the transfer of the US embassy to Jerusalem.


There’s just one problem: The NIF is not an Israeli organization. It’s American. The NIF has no seats in the Knesset, nor does it send its children to the Israeli army. If there is conflict in Israel, there is no need for them to find shelter in a safe room, because they are safely ensconced in America.

How are Israelis supposed to react to this state of affairs? Perhaps a hint can be found in how Americans have reacted to the prospect that Russians interfered with the US election in 2016. They were furious that the internal affairs of their country might have been influenced by foreigners.

Americans were rightly concerned that their sovereignty was being compromised by non-Americans who had their own agenda. They were being manipulated by outsiders who might claim they were acting for the benefit of Americans, but were actually pursuing their own agenda.

The real question then is why should Israelis be any different from Americans? Why shouldn’t we be resentful about the incursion into our democracy by people who incessantly proclaim that they are acting in the name of democracy, yet completely disregard ours?

None of this seems to matter to the New Israel Fund. This is reminiscent of the politician who, when hearing that he had lost his election and the “people” had “spoken,” said that what was needed was a new “people.”

There are two things that truly distinguish the New Israel Fund — lots of money and overbearing arrogance. Combining the two, the result is a “my way or else” approach to Israel, an insistence that Israel’s many sins be corrected according to the dictates of… guess who.

Lots of money can buy you a lot of access and even influence. It cannot, however, change the reality that what is being attempted is an end run around Israel’s own sovereignty, its own democracy, and our own destiny.

Something is rotten in Israel. We should not be delegating our destiny to the New Israel Fund. 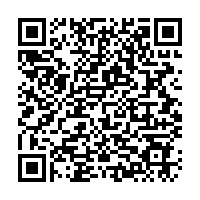