Some might argue that another “Lapid” could overnight sweep the nation with a new party and change the polls. But the chances of two consecutive “wave” elections in which new blood succeeds in shifting the political landscape seems unlikely. That means that for the time being Lapid remains the only true alternative to Netanyahu.

For Lapid, victory is possible if he shows that he is capable of instituting change on the domestic level. His chances increase as Labor’s Knesset members continue to fight each other and that party collapses. Most importantly, Lapid will need to find the right time for a strategic exit from the government. When Lapid leaves the government, Netanyahu will be forced to try to form a new government or head towards new elections. If Lapid plays his cards right, he can find the correct political window in which Netanyahu would be forced to do the latter.

For Netanyahu to retain the Prime Minister’s office he must keep his Likud-Beitenu Knesset members and ministers satisfied which might prove difficult. At the same time, he must consolidate control over the faction by merging Likud and Yisrael Beitenu. Then, Netanyahu needs to figure out how the next party list can be elected in a way where he can control the composition the list as occurred with Yesh Atid, where Lapid handpicked loyalists. If Netanyahu can succeed in doing the latter two with Lieberman by his side he will have his house in order.

That might necessitate overturning the “Mofaz Law” which allows seven Knesset members to split from a large party, especially if Netanyahu plans on sacking more than six of his 31 MKs. One might argue that all of these decisions seem undemocratic or untrue to the Likud’s principles, but the reality is that while party activists will complain, Netanyahu envies the Lieberman-Lapid-Livni political business model that gives the party leader complete power.

Netanyahu treated Naftali Bennett extremely poorly during and after the election and that led to the unexpected Bennett-Lapid bond. That bond almost sent Israel to repeat elections and forced Netanyahu to make a number of concessions. Netanyahu could have acted differently towards Bennett and formed a larger coalition with Bayit Yehudi as the largest coalition partner. (The possible 69-seat coalition of Likud-Beitenu, Bayit Yehudi, Shas, UTJ, Livni and Kadima could have sent Lapid to the opposition. With Lapid in the opposition Netanyahu’s associates could have found a way to break up Yesh Atid during the course of the term). As Bennett may very well become the kingmaker after the next elections, it is imperative for Netanyahu to offer friendship to Bennett in order distance Bennett from Lapid.

Also key to Netanyahu’s success is to maintain warm relations with the ultra-orthodox Shas and UTJ parties while they sit in the opposition. Netanyahu knows that the ultra-orthodox are naturally inclined to form a coalition with him over Lapid who has become their worst nightmare. But if in a surprise scenario, Labor does come in second place winning more seats than Lapid, left-leaning Shas leader Aryeh Dery and UTJ could back Labor’s candidate.  Therefore, Netanyahu needs to make them feel as though they received a fair shake during their time in the opposition.

Of course if Prime Minister Netanyahu isn’t the man to lead Likud Beitenu in the next elections, all bets are off. 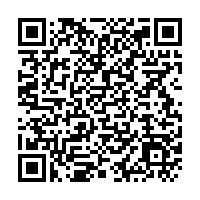