President Obama would have better reflected American values in Cairo recently had he spoken with blunt honesty regarding recent Middle East history. Here’s the speech he might have delivered:

I stand before you and Muslims around the world in a spirit of reconciliation, with a single purpose in mind: the betterment of humanity for this generation and the world our descendants will inherit.

The best way to achieve this necessary and worthy goal is to follow the wise counsel of the prophet Zechariah, who said, “You shall administer truth, justice and peace in your gates.” It is only by practicing the first two of these laudable objectives that we are able to attain the peace we strive for.

It is incumbent upon me, as leader of the world’s most powerful nation, to speak the historical truth – much of which you will surely not enjoy hearing, but all of which you must acknowledge for progress to take shape.

The intractable mindset of the overwhelming majority of Muslims and Arabs is one that denies to Jews the right to live a full Jewish life in what these Muslims and Arabs consider to be their exclusive neighborhood, and it must end immediately. This refusal to accord the Jews the same entitlement they give themselves is nothing short of baseless Jew-hating.

The issue of Jewish settlement on the West Bank – what many Israelis prefer to call Judea and Samaria – has caused great controversy and anxiety since Israel won these territories a war of self-defense. After careful deliberation and extensive review, I have decided to change course from my earlier policy.

I make the following declaration based on a simple truth that will finally bring justice to this matter: The issue of Jewish settlement in these disputed territories is bogus.

During the almost two decades from Israel’s rebirth as a sovereign, democratic state until 1967, the West Bank and east Jerusalem, the Gaza Strip, and the Golan Heights were controlled by Jordan, Egypt and Syria, respectively. Obviously, during that long period of time, Jewish settlements in those areas could not possibly have existed. So why did Israel’s Arab and Muslim enemies cling to Yasir Arafat’s intransigent stance vis-à-vis Israel, if not because they opposed the very existence of Israel rather than Jewish settlement on the West Bank?

Here are Arafat’s words to the late Italian journalist Oriana Fallaci in Amman in 1972:

“From an Arab point of view, one doesn’t speak of borders; Palestine is a small dot in the great Arabic ocean. And our nation is the Arab one, it is a nation extending from the Atlantic to the Red Sea and beyond. What we want, ever since the catastrophe exploded in 1947, is to free our land and reconstruct the democratic Palestinian state.”

That’s as direct a call for the establishment of a Palestinian state in place of – not alongside of – Israel as one could possibly hear.

And that perspective has nothing to do with settlements.

Further, why did Jordan, Egypt and Syria never permit a Palestinian state to emerge in those territories during that period of time? Instead, the rulers of these nations – from then until the present day – along with their fellow Arab and Muslim leaders, have created generations of Palestinian refugees living in some of society’s most squalid conditions. It is time for all Muslims and Arabs subjected to this internal discrimination and the inability to attain the most basic civil rights and human liberties to reclaim their lives by unshackling themselves from this living hell – preferably by peaceful means, but by force if necessary. They will have strong American support if they choose freedom and tolerance over restriction and intolerance.

Speaking of Egypt and Jordan, if they – the two countries with the most vested interests on the settlements issue – did not consider settlements to be an impediment to signing peace treaties with Israel, what explanation could there be for other Arab and Muslim nations not following suit other than pure opposition to the existence of a Jewish state? Thus the blame for pursuing a policy of rejectionism rests squarely on the shoulders of the Arab and Muslim world, not Israel – which, unlike its sworn enemies, has never expressed a desire to wipe a recognized nation off the map. 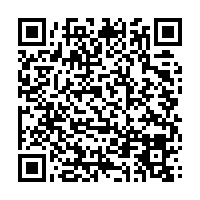