What disturbs me most of all is not that so many people who should know better are so clueless and condescending toward singles. No, what disturbs me most of all is that singles by and large have had the self-esteem beaten out of them to the extent that they not only go along with it but seem hardly disturbed by any of this. Rare indeed is the single who has the courage and self-respect to express his moral outrage at the unacceptable treatment he receives simply because he is not yet married. Apparently standing up for one’s basic dignity as a human being is bad for shidduchim.

For many years I was bothered by a unique phenomenon for which I had no explanation. Every married person is a former single (and, quite possibly, a future single), and should thus be very sensitive to the anxiety and pain that almost no one is entirely spared in the search for a spouse. It is natural for those who live through any sort of human experience involving pain or trauma to forever feel a kinship with those who share that experience. I can think of no other exception – certainly not one so striking – as the utter lack of sensitivity and understanding so many married people exhibit toward singles. How can they not know better?


I believe I have finally discovered at least a partial answer. Singles who are fortunate to have a relatively smooth road may indeed be oblivious to the travails of others, but singles who suffer greatly often become condescending toward other singles once they finally “graduate” to the other side. Some believe they’ve found The Answer (invariably something bizarre and simplistic) and go about preaching this way to singles as if what worked for them would work for everyone. Many suddenly ignore singles entirely, grateful to finally be welcomed into the class of “real” adults; continuing to associate with singles as equals would be beneath them.

What we witness here is a sort of Stockholm Syndrome. Singles who have been beaten over the head for years with the message that they are lesser people not worthy of respect come to believe it, and the best way they can demonstrate that they are worthy members of society is, once married, to perpetuate this same treatment to other singles. The fact that they have gotten married is “proof” that they have figured things out, and it is all those still unmarried singles who must have lots of issues in need of fixing. Their marital status alone is evidence enough.

If our community is really interested in alleviating the difficulties facing singles, and not just exploiting singles as business opportunities and pet chesed projects, it needs to learn some hard lessons about kavod ha’briyos.

Singles who enter family-oriented shuls should not feel out of place (really, no one who enters a shul should feel out of place). Events geared for singles should not implicitly require that singles check their dignity at the door. Married people should not presume they are superior to singles or know what is best for them. Personal advice, especially advice that may strike a raw nerve, should never be offered unsolicited, off the cuff, or in a public setting. These are just a few of the many fundamental lessons our community desperately needs to learn.

No one has a right to denigrate singles even in the guise of trying to help them, and singles do not help their own cause by allowing themselves to be mistreated. Let us indeed help singles – but let our efforts to help singles not be a mitzvah that comes through sin.

Rabbi Chananya Weissman is the founder of EndTheMadness (www.endthemadness.org), a volunteer effort to rehabilitate the culture of the shidduch world and HotKiddush (www.hotkiddush.com) a networking site for Orthodox Jews. He can be contacted at admin@endthemadness.org. 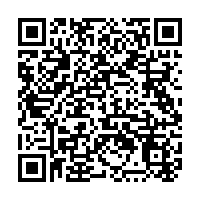