CNN and other left-wing media went on a rampage after Senator Mitch McConnell delivered his speech explaining why he voted to acquit Donald Trump, despite his belief that Trump had engaged in improper behavior. They accused McConnell of hypocrisy and inconsistency — arguing that if he believed Trump had done wrong, he was obligated to vote for conviction. But it is CNN and the other media that failed to understand the distinction between defending the Constitution and defending the person.


McConnell taught the American people a civics lesson by explaining that the Senate had no constitutional authority to place a former president on trial, even one who had been impeached while still serving in office. In doing so, he echoed a constitutional argument I have been making from the very beginning of this unconstitutional power grab by the Democrat-controlled Congress. The language of the constitution is clear:

“The President … shall be removed from Office on Impeachment for, and Conviction of, Treason, Bribery or other high Crimes and Misdemeanors.”

The constitutional power to impeach and remove does not extend beyond federal civil officials who are still in office and can be removed. As James Madison, the father of our Constitution wrote in Federalist 39: “The president of the United States is impeachable at any time during his continuation in office.” It is true that once removed, presidents can also be disqualified, but they cannot be disqualified unless they are first removed. The Senators voted by a majority that they had power that the Constitution denied them, but McConnell dissented from that vote along with numerous other Senators, and they acted on their dissenting views in voting to acquit. They were right to do so. That is precisely what happened in the Belknap case, which was cited by the House Managers as a precedent.

The House Managers argued in their brief that the power to impeach is not limited to officials who remain in office, but can extend back to any person who held federal office despite how many years ago that person left the office. To have voted to convict citizen Trump would have given Congress a roving commission to seek out and disqualify any potential candidate who ever held federal public office or who might hold office in the future. McConnell correctly rejected that open-ended power grab.

The most important lesson taught by McConnell is that the Constitution protects both the good and the bad, the agreeable and the disagreeable, Republicans and Democrats. One does not have to agree with the substance with what President Trump did or said on January 6, in order to correctly conclude that the Senate had no jurisdiction over him once he left office, and that the statements he made — whatever one might think of them — are fully protected by the Constitution.

Back in the bad old days of McCarthyism, anyone who supported the constitutional rights of accused communists was deemed to support communism. That was wrong then, just as it is wrong today to believe that everyone who defends Trump against an unconstitutional impeachment necessarily supports his views or actions. I for one have been quite critical of Trump’s actions on January 6 but strongly defend his right to have made his speech even though I think he was wrong to do so. I also defend his right not to be placed on trial as a private citizen by the Senate.

So, three cheers for Mitch McConnell for trying to educate the American public about this important distinction. No cheers for CNN and other left-wing media for returning us to the days of McCarthyism, when these distinctions were deliberately blurred. 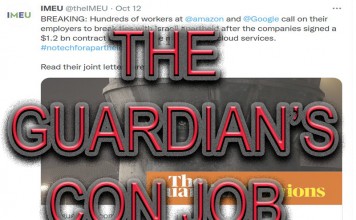