If I have seen further,, it is by standing on the shoulders of giants…

“The daughters of Zelophehad, son of Hepher, son of Gilead, son of Machir, son of Menashe, of the family of Menashe son of Yosef drew near…” (Numbers 27:1)

Many modern readers of this verse find here an assertiveness and eventual acknowledgement of the rights of daughters, not just sons. But that is only one possible p’shat reading. A closer and deeper reading will show that what is important here is not gender; rather, when it comes to the land, the important variable, the fundamental thing, is what makes something “mine.”

The daughters had come to make their case for their fair share of the Land as it was being allocated. The word was that only men counted when it came to the distribution of the Land and they thought that was unfair. Why, they wanted to know, should their family be without a share of the Land simply because their father died in the midbar without having sons?

Sure sounds unfair. After all, had their father had sons their inheritance would have been taken for granted. But because they were daughters they were forced to “make a case.” Such “inequality” is not necessary. As the Sifre explains, “A human being might have more compassion for males, but He Whose word brought the world into being is different. His compassion is for both male and female – His compassion is for all.”

The daughters pleaded, “Give us a possession among our father’s brothers.”

They did not argue an issue of gender – that there should not be any difference between men and women with regard to inheritance. Rather, their focus was on their rightful claim to the Land, and in making that claim they no doubt relied on the lineage the Torah includes in the narrative, one that traces the lineage of Zelophehad’s daughters directly back to Yosef.

The Torah, we know, often devotes attention to lineage – and always for profound reasons. Rashi focuses on this to illustrate that their request was not merely legal or financial, nor was it a political statement. Rather, their request was based on their generation-spanning intense love of the Land.

They loved the Land just like Yosef – Yosef chibeiv et ha’aretz. Yosef was so devoted to the Land that he had his brothers take an oath that his remains would go up with them for burial in the holy soil (Bereishit 50:25).

Their righteous claim – which their gender allowed to be emphasized (like boldface or italics) – was a catalyst for teaching these important laws of inheritance.

Rav Moshe Feinstein suggests there is more to the righteous claim than mere lineage. How does a lineage going back to Yosef prove they didn’t just want some real estate? How does it show they loved the Land? After all, they would enter the Land and they would live there, regardless of inheritance. Why did their love of Eretz Yisrael motivate them to plead for a portion of their own?

Rav Moshe teaches that when one genuinely wants something, it is not enough to simply have it, to have it available for use. My unlimited access to your car or your house can never substitute for my own car, or my own house. Indeed, my car or house might be much more modest but it will be much more valued in my heart for its being my own.

So it was for the daughters of Zelophehad. It wasn’t enough that they live in the Land like everyone else; they wanted to be able to say, “This is mine!” Chavivus implies the love, value, and passion one feels for that which is “mine.” Thus Rashi says, Yosef chibeiv et ha’aretz. His remains had to be taken to the Land because, in his heart and soul, the land was his. He had to be there.

It’s interesting – but should not be surprising – that Rav Moshe applies this same lesson to the mitzvah to write and own a Sefer Torah and, by extension, owning one’s own sefarim rather than using the sefarim in shul or the beis medrash. This makes this lesson so concrete. Why should it be important to own the books I study from? After all, my intent is study. How does owning versus using sefarim affect my intent?

The text, the Sefer Torah, is the same. But in order to feel the chavivus, the passion, the love, the deep connection, I need to feel ownership.

I can testify to this sensibility from my own experience. My wife and I were zocheh to write a sefer Torah and place it in our Jerusalem shul. Our own! When we return to Yerusahalayim each year for the month of Tishrei we cannot wait to see it, touch it, enjoy the thrill of being close to it.

It is the difference between kissing your own grandchild and greeting the grandchild of a dear friend. Both are precious. Both bring you joy. But only one fills you with a certain chavivus.

So it was for the daughters of Zelophehad. They wanted – needed – the Land to belong to them.

But, as R’Moshe goes on, possession is not the ultimate goal. Our passion, chavivus, is not an infatuation. It is deep. Love of the Land is not something someone attains at a pro-Israel rally, or after a tiyul through the Negev. Chavivus is nurtured and strengthened over time. It is passed on, generation by generation. It is the air we breathe. It is who we are. It is shared by those who came before and those who come after.

The love of the Land on the part of the daughters of Zelophehad reached back to Yosef, whose love of the Land was a gift from his father, Yaakov, who shuddered at the thought of ever leaving it to go down to Egypt.

Yes, for something to be “mine” is vital. But, as R’ Moshe teaches, it is even more praiseworthy to pass that chavivus from generation to generation; to have a verifiable mesorah that goes back and forth through the generations.

Had the daughters of Zelophehad only been on a Birthright journey, as wonderful as that program is, it is doubtful they would have come before Moshe to plead the case for their inheritance. But growing up with the love of the Land, a love that reached back to Yosef, gave them their chibeiv et ha’aretz attitude.

They stood on the shoulders of those who came before them and so were able to see more clearly.

Too often, this same generation that sees in this powerful narrative nothing more than a “feminist lesson” feels it is a burden to inform their children of “who they are.” Better, somehow, to let them get lost in the stew of the modern world. As if a child could understand who he is without being rooted in a place, a time, a family, and a tradition.

Each of us has a Yosef. Each of us has the shoulders of giants to climb upon, if only we’d make the effort to do so. In my own home, my parents made sure to let me know from whence I came.

Growing up, there were not many places or events I was allowed to go to, even if “all my friends” were going to be there. On the rare occasions I could go (this was when I was in the 10th or 11th grade in the early 1960s and the world was ever so much safer and saner than today’s), my parents still checked out where I was going, whom I was going with, how I would get there and get back, etc.

And even after all that “checking, ” just before I left the house, my mother would stop me at the door and whisper to me, “al tishkach m’eifo atah bah” – “don’t forget where you are coming from.”

My parents would never allow me to forget upon whose shoulders I stood.

Our relationship with our past and our future, our mesorah, is similar to the sentiment captured in the lyrics of the song “On Giants’ Shoulders” by Avraham Fried.

Would that we all remember our real claim to our inheritance of holiness and the Land. 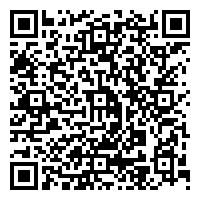