Several weeks ago I urged Harvard president Larry Summers to authorize release of the transcript of his remarks at a National Bureau of Economic Research conference. In that way we would know exactly what he said about the ability of women to compete in math and science, instead of relying on what some partisans in attendance thought they recalled him saying.

Initially, conference officials denied the existence of any transcript. When will they ever learn? The cover-up is always worse than the deed. However, now, finally, the transcript has been released with Summers’s authorization.

In the transcript, Summers states that “there are issues of intrinsic aptitude” with regard to women in the disciplines of math and science. To many, the reasonable meaning of that statement in the context delivered supports “nature” as having a role as well as “nurture.”

In its editorial of February 20, The New York Times expressed horror that Summers would have such an opinion. The editorial thundered, “It [Summers’s statement] was every woman’s nightmare of what a university president thinks privately about equal opportunity.”

Summers’s remarks are thoughtful, raising as many questions as he provides hypotheses. The entire transcript is available at www.Harvard.edu, and it is well worth reading. Let me cite one of his comments:

“So my best guess, to provoke you, of what’s behind all of this is that the largest phenomenon, by far, is the general clash between people’s legitimate family desires and employers’ current desire for high power and high intensity, that in the special case of science and engineering, there are issues of intrinsic aptitude, and particularly of the variability of aptitude, and that those considerations are reinforced by what are in fact lesser factors involving socialization and continuing discrimination. I would like nothing better than to be proved wrong, because I would like nothing better than for these problems to be addressable simply by everybody understanding what they are, and working very hard to address them.”

He stated he offered his best guess, in an attempt to provoke. Isn’t it now the obligation of those provoked to establish Summers’s best guess to be wrong, rather than seek as they have to silence him?

The New York Times editorially has always supported race-based measures – decrying rigid quotas – to undo discrimination, as well as disparities in outcome, against particular minorities, e.g., blacks, Hispanics, and women. The Times’s point of view has been upheld in the most recent U.S. Supreme Court decision on affirmative action in university admissions, with Justice Sandra Day O’Connor conveying that another 25 years of race-conscious, and by extension, gender-conscious measures are needed.

Notwithstanding that certain affirmative action goals and measures are lawful and supported by many, it is still permissible to oppose them, which I have both as a member of Congress and as mayor of New York City. I have proposed alternatives such as lotteries, pass/fail civil service tests, preferences for those overcoming adversity and poverty, and set-asides in government programs to assist small businesses with minimum capitalization.

It is still lawful, rational and moral to express the belief that ethnic, racial and gender groups are different in some respects, physically and intellectually. They may excel in different disciplines and not do well in others, yet every group will have people at the top and bottom, but not dispersed in exactly the same way. The Times, in its news articles, has reported that there are discrepancies between men and women, stating, “Researchers who have explored the subject of sex differences from every conceivable angle and organ say that yes, there are a host of discrepancies between men and women – in their average scores on tests of quantitative skills, in their attitudes toward math and science, in the architecture of their brains, in the way they metabolize medications, including those that affect the brain.” 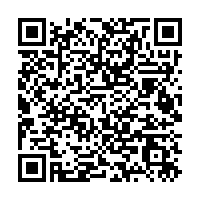