I had just finished reading The Prime Ministers (Toby Press) and enjoyed every one of its 700-plus pages.  Yahuda Avner’s “fly on the wall” account spans the governments of Levi Eshkol (Six-Day War), Golda Meir  (Yom Kippur War), Yitzhak Rabin (Entebbe, Oslo), and Menachem Begin (peace treaty with Sadat, attack on Iraqi nuclear reactor, Lebanon invasion), describing sensitive, frightening and sometimes hilarious events, mostly of the kind you will never read in a newspaper.

Avner had served in various capacities – adviser, speechwriter, ambassador, consular diplomat – to all of the above-named prime ministers and as such was present at meetings and privy to conversations between Israeli officials and their counterparts around the world.

I thought it would be instructive to speak with Avner; though aware that The Jewish Press had published a lengthy interview with him shortly after the book was published a little more than a year ago, I was curious as to how the book had been received since its publication.

He agreed to set aside some time to meet with me while on a visit to New York. The ambassador is a genteel man. His demeanor is that of an elegant European diplomat, equally comfortable at an official state function and at a humble beis medrash.

Avner disclosed that he was able to remain as the senior Foreign Service officer on “loan” to the Prime Minister’s Office through four administrations because he had become the “institutional memory” of that office. He was always apolitical, walking out whenever the discussion turned to parochial politics. He recorded every conversation using his own shorthand, and after every meeting dictated the minutes of the proceedings for posterity.

I wondered whether there had been complaints from any of the individuals mentioned and/or quoted in the book.

“To the contrary,” he replied. “I made it a policy that before I published any incident or quoted any person, I would send a draft manuscript to the protagonist for his or her comments, but only as it related to the accuracy of a particular incident or quote.”

Thus, every story and quotation was “vetted” by those involved, and the reaction has been very favorable.

Avner has heard from readers from every part of the globe who have praised him for his candor and his remarkable ability to quote, verbatim, occurrences of a half a century ago.

I asked Avner how he could quote persons on the other side of a phone call while he was present in the room on the Israeli side. He told me a former U.S. ambassador to Israel, who happens to be a good friend, shared with him notes he had sent to the State Department based on conversations on the other side of these phone calls which had became known to him through his own channels.

We discussed the challenge of Avner’s being strictly shomer Shabbos in an environment that, at least until Menachem Begin became prime minister, was not particularly sensitive to “Shabbos” issues.  Avner noted with a laugh that he found that most political and governmental crises occurred Erev Shabbos. He cited as an example the time Henry Kissinger and Yitzhak Rabin engaged in a rather stormy meeting in Jerusalem late one Friday afternoon.

Kissinger stormed out, slammed the door to the Prime Minister’s Office, and prepared to complain to the world press about Israel’s obstinacy. Rabin immediately ordered Avner to prepare and distribute a press release relating Israel’s version of the collapsed talks. On the grounds that “a press release was not a vital Israeli security matter but only hasbara” – public relations – Avner said he would not desecrate Shabbos by writing one. 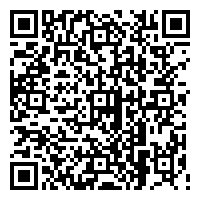