Punctuality, said Louis XVIII of France, is the politeness of kings. Royalty arrives on time and leaves on time. So it is with Her Majesty the Queen, with one memorable exception.

The day was 27 January 2005, the 60th anniversary of the liberation of Auschwitz, and the place St James’s Palace. The Queen was meeting a group of Holocaust survivors. When the time came for her to leave, she stayed. And stayed. One of her attendants said that he had never known her to linger so long after her scheduled departure. She gave each survivor — it was a large group — her focused, unhurried attention. She stood with each until they had finished telling their personal story.

It was an act of kindness that almost had me in tears. One after another, the survivors came to me in a kind of trance, saying: “Sixty years ago I did not know if I would be alive tomorrow, and here I am today talking to the Queen.” It brought a kind of blessed closure into deeply lacerated lives.

We don’t always appreciate the Queen’s role in one of the most significant changes of the past 60 years: Britain’s transformation into a multi-ethnic, multifaith society. No one does interfaith better than the Royal Family, and it starts with the Queen herself. Already in 1952, the first year of her reign, she was patron of the Council of Christians and Jews, the organisation founded by the Archbishop of Canterbury William Temple and the Chief Rabbi Joseph Hertz in one of history’s darkest nights ten years earlier.

In England, almost uniquely, the Church stood alongside the Jewish community in its fight against antisemitism. Royal recognition of the significance of this effort gave interfaith work a centrality and prestige it would not otherwise have had, and it helped to make tolerance the default option in British life.

Americans in particular find this hard to understand. How, they ask, can you have real tolerance in a country with an Established Church? Doesn’t it relegate everyone else to the margins of national life? To this the answer is no. In her religious role, the Queen is head of the Church of England, but in her civic role she cares for all her subjects, and no one is better at making everyone she meets feel valued.

That applies not just to individuals but to all Britain’s faith communities. In one of the first public occasions of her Diamond Jubilee, the Queen met at Lambeth Palace leaders of the nine leading faiths in Britain: Christian, Jewish, Muslim, Hindu, Sikh, Buddhist, Jain, Zoroastrian and Bahai. Each showed her an object that held special significance for them. In return she praised their contributions to the nation. They helped the sick, the elderly, the lonely and the disadvantaged. More and more, she said, the Church of England was actively co-operating with other faiths to build a better society. Faith, not just Christian faith, reminds us of “the responsibilities we have beyond ourselves.” It was gently, deftly done.

The royals — all of them, especially the Duke of Edinburgh and the Prince of Wales — have done outstanding work with the faith communities. To see Prince Charles lighting Chanukah candles with children at a Jewish school, or being adorned with flowers by appreciative Sikhs at the Royal Albert Hall, or visiting the Hindu temple in Neasden for Diwali, is to see royalty at its best. No one doubts the duty of a monarch to defend the Established Church, but it is precisely those for whom faith is important who can best understand how important other faiths are for their adherents. Oddly enough, the religious dimension of the throne makes it better placed than secular institutions to value and unite Britain’s many faiths.

Jews have deep respect for the Queen and the Royal Family. We say a prayer for them every Sabbath in synagogue. We recite a special blessing on seeing the Queen. We drink a toast to her at every communal dinner. Whether I am in America or Israel or the Far East one of the first questions I am likely to be asked is: “How was the royal wedding?” Something similar, in my experience, is true of other minority faiths in Britain. They value the Queen because they know she values them. She makes them feel not strangers in a strange land, but respected citizens at home.

Her presence and her family’s role as the human face of national identity is one of the great unifying forces in Britain, a unity we need all the more, the more diverse religiously and culturally we become. Hers has been the quiet heroism of service, and in an age of self-obsession she has been a role model of duty, selflessly and graciously fulfilled.

Recently, presenting the Queen with a loyal address, the President of the Board of Deputies of British Jews gave her the traditional Jewish blessing for long life, Ad meah ve-esrim, “May you live to be a hundred and twenty.” Not having heard this blessing before, she gave a quizzical smile. We had to explain that the figure was not meant to be precise. It was just our way of offering her our loyal thanks and our prayers that she may continue for many years in health and strength. She has been a blessing to us, the nation and the world. 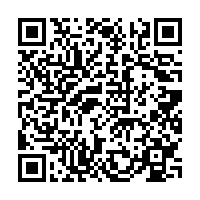