Almost all the focus in the mainstream media on the Middle East peace process tends to be on the decision taken by only one of the parties involved in the negotiations.

The perennial question from pundits and even veteran kibitzers like The New York Times’s Thomas Friedman is whether Israelis are ready to take risks in order to achieve peace. That was the conceit of a column he wrote last week titled “Israel’s Big Question,” and if it seemed familiar to readers, it was no accident. Friedman has been writing the same column for decades in which he asks Israelis whether they will leave the West Bank in order to retain both the Jewish and democratic identities of their nation. If they don’t, and Secretary of State Kerry’s initiative fails, Israel’s doom is, he says, sealed.


But of course Israel has already tried to trade land for the promise of peace and failed. The Palestinians turned down three offers of statehood and there is every indication they will turn down a fourth offer of up to 90 percent of the West Bank that is being mulled by the Netanyahu government.

Friedman’s assumption – as well as that of many of Israel’s critics – is that if the Israelis are sufficiently forthcoming those problems will disappear. They should instead be asking what it is about the political culture of the Palestinians that makes their intransigence not merely possible but inevitable. The answer comes in two separate stories that touch on what it is that both the PA’s negotiators and Hamas believe.

In Gaza, the Hamas government has apparently rejected the textbooks provided for schools by UNRWA, the United Nations agency that serves Palestinian refugees and their descendants. UNRWA has hired Hamas terrorists as staffers and has been rightly accused of helping to perpetuate the conflict by not seeking to resettle refugees so as to keep them in camps as props in the long Arab war against Israel. But while the textbooks UNRWA has published for Gaza schools apparently accept the Palestinian narrative of victimization and the illegitimacy of Israel, they also encourage non-violence. The Hamas education ministry is particularly angry since the books emphasize the examples of peaceful protests.

Education Minister Mu’tasim Al-Minawi had the following objections: “The vast majority of examples [in the books] refer to [Mahatma] Gandhi, Martin Luther King, Rosa Parks, Helen Suzman, the Soweto Uprising, the Magna Carta and Apartheid, even though Islamic-Arab-Palestinian alternatives exist. There are many models which could be used which are closer to the students’ understanding.”

This tells us Hamas is educating the children of Gaza not just to hate Israel and Jews but also to reject the Western frame of reference about human rights, even in the context of support for anti-Israel activism, which was clearly the intention of the UNRWA curriculum.

Also instructive is the mini-controversy inspired by Saeb Erekat, the man who represents the Palestinians in peace talks. Earlier this month at the Munich Security Conference, Erekat told his Israeli counterpart Tzipi Livni that asking him to recognize the Jewish state was impossible since it would force the Palestinians “to change their narrative” about their history. He also claimed his family – as well as the rest of the Palestinians – has a claim to the land prior to that of the Jews since they are descended from the biblical Canaanites and were there when Joshua Bin Nun “burned my hometown Jericho.”

Suffice it to say that there is no evidence that Palestinian Arabs have any connection with the inhabitants of the country prior to the Arab conquest that occurred in the seventh century CE.

But if even Erekat – whom we are told by the media and the U.S. government is a man of peace – is determined to cling to a historical narrative that is based in rejection of Jewish rights to any part of the country, then what hope is there for peace?

Both Fatah and Hamas continue to educate their peoples in a culture that is not only steeped in hatred of Jews and Israel but in a worldview in which the rejection of Zionism is integral to Palestinian identity. The question Kerry, Friedman, and others who continue to hound Israel should be asking is this: When will the Palestinians give up their culture of hate and embrace one that would give peace a chance? 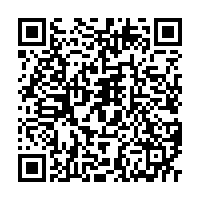