Recently, thousands of Israel’s supporters trekked to Washington for AIPAC’s annual “Policy Conference,” including a strong showing from our communities. As always, AIPAC put on quite a show. Recipients of AIPAC’s fundraising largesse—including many headliners—sang praises of the Jewish State. Many helped their hosts spin a self-serving fairytale of policy bipartisanship that has not existed in decades. Student leaders willing to brave the increasingly anti-Israel campus gestalt included young African Americans and Latinos as well as Jews. Technologists extolled Israeli R&D and the country’s robust startup culture. It was an impressive bit of showmanship.

Also in Washington that same week, all but two Democratic Senators voted against now-U.S. Ambassador to Israel David Friedman, primarily because of his support for Jewish life in Judea and Samaria. If AIPAC put any effort into rallying support for Friedman, the results weren’t evident. That low profile surprised no one; AIPAC’s approach to President Trump, his campaign, and now his administration, has been distant and cold. Last year, AIPAC invited the GOP frontrunner to address its conference—then singled him out for insult. AIPAC was also deafeningly silent following PM Netanyahu’s visit to Washington, when President Trump publicly relegated the risibly misnamed “two-state solution” to but one possibility among many. Far from thanking the President for his bold, new, pro-Israel approach, AIPAC continues to insist that both the U.S and Israel share AIPAC’s own organizational commitment to a new Palestinian state. Numerous headlines reporting on Policy Conference jarringly blared a renewed insistence on the “two-state solution” as the most important agenda item for AIPAC. (Indeed, as in previous years, a number of representatives of the communities of Judea and Samaria requested a presence at Policy Conference but were rebuffed – despite the obvious significance of the 50th anniversary of the Six Day War. Not only was the liberation of Judea and Samaria conspicuously ignored by AIPAC, they rejected even the request for a debate so that both sides could be aired. As reported in the pages of this paper, Yesha supporters instead organized an offsite standalone event, well attended by Israeli government leaders, but boycotted by AIPAC, who, organizers of the event were informed, instructed personnel that they were not permitted to attend.)


Lip-service bipartisanship notwithstanding, AIPAC’s approach to the Obama Administration was warmer in ways obvious to all. For eight years, AIPAC led the chorus embracing President Obama as a true friend of Israel. Over Israel’s vehement objections, AIPAC backed Obama’s loosening of Iran sanctions. AIPAC cheered Secretary Kerry’s frantic effort to gain independence for a State of Palestine, and endorsed the administration’s “balance” between Israel and Hamas during the 2014 Gaza war. Under enormous pressure from a broad Israeli consensus viewing Obama’s Iran deal as an existential threat, AIPAC notoriously pocketed tens of millions of dollars ostensibly in order to oppose the deal, but delivered nothing material in return. AIPAC also proved unable to stop Obama/Kerry – both of whom they had long touted as “pro-Israel” – from very damaging parting shots at Israel, notably UNSC 2334 declaring Israel an occupying power and unabashedly demanding the ethnic cleansing of Jews from Judea.

Something is fundamentally wrong with this picture. If all AIPAC’s members and donors want is a forum in which they can feel good about supporting Israel, AIPAC delivers. But if they’re funding an organization capable of championing Israel’s interests through contentious political debates, they’ve been hoodwinked. AIPAC is excellent at event planning, but dismal at lobbying.

AIPAC likes to boast of the large bipartisan majorities that routinely support military aid to Israel, oppose BDS, say nice things about Israel, and endorse a “two-state solution.” But large bipartisan majorities are not evidence of effective lobbying. It is heartening that even in partisan times, a majority of our government supports military aid to, and opposes sanctions against, an embattled American ally, but it is hardly surprising. Campaign contributions that secure pro-Israel platitudes unmatched by pro-Israel votes represents a poor expenditure of donor dollars. And given that Israel already exists, pushing for a “two-state solution” is merely a euphemism for supporting an independent Palestine at Israel’s expense. Neither the Israeli nor the American public—or leadership—share AIPAC’s commitment to such a state.

A truly powerful pro-Israel lobby would deliver tough, close votes, and induce its friends to stand against their own party’s leadership. At the same time that AIPAC’s numerous Democratic friends supported the Obama/Iran deal, organized labor convinced its own Democratic friends to oppose another component of President Obama’s “legacy,” the Trans-Pacific Partnership. That’s effective lobbying, not whining about Obama being “too tough” to beat. The contrast was clear to everyone in Washington.

AIPAC today is a more prodigious fundraising machine than ever, but it is a political dinosaur. The foreign policy bipartisanship that characterized much of the Cold War era is past. Today’s Democrats and Republicans are as sharply divided on worldview, national security, and foreign policy as they are on taxes and abortion. The parties see America differently, embrace different allies, decry different adversaries, and worry about different threats. Yet AIPAC insists—absurdly—that when it comes to Israel, there is little difference between them.

It’s astounding that anyone could make such a claim with a straight face. The Democrats are visibly split between an old-school faction and ascendant progressives. Old-school Dems, who tend to see Israel as a valued ally with a troubling record, want to pressure Israel to stop “occupying” “Palestine” “for its own good.” Progressives see Israel as a colonial implant and an irredeemable rogue state, oppressing an indigenous people and illegally occupying their land.

Republicans increasingly stand with their 2016 Platform and President Trump: Israel is the homeland of its indigenous Jewish people. It is not historically, morally, or legally, an occupying power. The GOP encourages good faith negotiations between Israel and the Arabs to resolve their conflicts.

Almost no one in Washington today takes AIPAC seriously. Politicians will take its donors’ money, attend its parties, and make heartwarming speeches. Then they will vote without giving AIPAC or its donor base a second thought. Professor Gil Troy’s description of AIPAC’s Policy Conference as a “Zionist hootenanny” and not a “political cabal,” was intended as a defense of AIPAC. it is, in our opinion, a devastating indictment.

Israel lovers out for a good party and an ego boost should stick with AIPAC. Israel advocates more interested in real lobbying and concrete results – and anyone who believes that Jews should be permitted to live in Judea and Samaria – are in desperate need of new leadership for a new era. 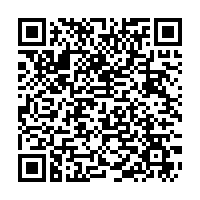