The terrible controversy regarding social issues that has been aroused in Israeli society by the despicable behavior of a fringe group of the haredi community is very sad. It seems that it is always the extremists that drive the agenda in all conflicts, both national and internal.

In my opinion there is absolutely no excuse, justification or religious principle that justifies such behavior. It demeans the Torah and its adherents and is absolutely counterproductive to Torah values and to the strengthening of a truly religious Jewish society.


The response to this wicked behavior by most of religious society in Israel, especially in the haredi world has varied from complete silence to tepid disavowal of the behavior of the group. Mostly, it results in a counterattack pointing out the obvious and far more serious deficiencies of secular Israeli society and then portrays all of haredi society as being systematically victimized by the media, the courts, the government and the majority Israeli society generally.

I am not here to defend any particular point of view or to cast aspersions at the sides in this current struggle. It is part of a 150-year long kulturkampf that unfortunately has not yet run its course. However, I feel there must be an understanding of the root causes of the continuing angst in the Jewish religious community in Israel and worldwide over all types of social and political issues.

The two seminal events of recent Jewish history are the Holocaust and the creation of of Israel. Both of these events, undeniable in their gravity and importance, have caused the religious Jewish world, individually and collectively, faith and theological problems.

To the non-believer for whom God never enters the equation, these two events are digested as being historical facts and little more. To the believing and observant Jew these events are very troubling. All attempts to “explain” the Holocaust have proven to be inadequate, logically or religiously. We are left only with faith in the God of Israel Whose Will is inscrutable. But that causes a certain amount of tension and frustration in our community of believers.

Because of the potential danger to faith that this issue poses, it is rarely discussed in our religious schools, its secular commemoration at the end of Nissan is shunned and it becomes the hidden elephant that is omnipresent in the room of our lives. The extremists in our midst even travel to Iran to support the current main Holocaust denier. And the general religious community, though abhorring such behavior, nevertheless again allows silence to be mainly its response since we are unable to explain, even to ourselves, why the Holocaust occurred.

What results is a subliminal rage within us that explodes periodically through the behavior of the extremists and the general community is silent because we are also consumed silently by that repressed rage.

How could a Jewish state come into existence and have staying powers if its leaders and fashioners were opposed to all Jewish traditional belief and Torah practice? This was one of the basic reasons for the opposition to practical Zionism by most of the Orthodox world prior to World War II. Even after the state came into being many great rabbis predicted it would not last.

One of the great leaders of the haredi world at that time told his followers that the state would only survive for fifteen years; perhaps fifty at the most. The haredi world has never felt Israel is its state. Mainly it feels that we religious Jews are still in exile, this time an exile imposed upon us by our fellow Jews.

What follows from that thinking is that the anti-state activities of the extremists, no matter how wrong, foolish and vicious, are greeted with either silence or muted criticism that soon turns into accusatory rhetoric against the representatives of the state.

The haredi community has bedecked itself with the comforting mantle of victimhood and is loath to remove that cloak from its shoulders. By not really being part of the state it avoids facing up to the fact that somehow, again, our inscrutable God has behaved not according to our logic and expectations and has somehow allowed our little state to exist and prosper well into its sixth decade.

It will take a major change of mindset in the religious world before we are able to face down the extremists and not merely be silent in the face of such desecration of the Torah and God’s holy name.

Rabbi Berel Wein is an internationally acclaimed scholar, lecturer and writer whose audiotapes on Torah and other Jewish subjects have garnered a wide following, as have his books, which include a four-volume series on Jewish history. A pulpit rabbi for decades, he founded Yeshiva Shaarei Torah of Rockland in 1977 and moved to Israel in 1997. 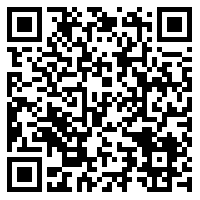