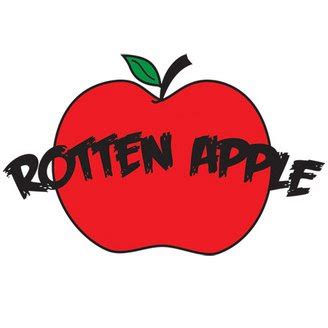 Welcome to New York, the “City That Never Sleeps.” Of course, it’s not for the reasons that phrase once held so much cultural currency. Nowadays sleeplessness is caused by a dramatic increase in crime and deadly violence. When people find themselves surrounded by urban menace, it’s a good idea to keep one’s eyes open. A lot can happen in a wink.

Here are some recent examples of hazardous life in the big city: A 20-year-old mother was executed at point-blank range while pushing her three-month-old infant in the stroller—on the tony Upper East Side! A man was stabbed mid-day near Bloomingdales. A teenager from Queens who had twice been convicted of hate crimes in stabbing Sikh men was stabbed to death himself during an altercation. There have been daylight shootings in the Bronx, and four people were shot, one fatally, at a party in Queens. An 88-year-woman walking in Brooklyn was attacked by a man on a bicycle, her arm broken and hip injured.


Hopefully she will be boarding a plane for permanent residency in Florida when she’s discharged from the hospital.

What a week New York City has been having. Unfortunately, it wasn’t an aberrant week, but rather all too familiar.

Here’s the kicker, and my personal favorite: A woman was arrested for shoplifting—her 100th time for same crime, having knocked off drug stores all over Manhattan. And she has yet to spend a night in jail. Bail reform being what it is, the police can’t hold her. A hypersensitive racial focus has widened the lens on how she is viewed. A mere shoplifter? There’s no threat to the general public.

In nearly a third of those arrests, she never bothered to appear in court for her scheduled hearings. After one heist, from the appropriately named Target, she said casually, “I have to get a new outfit.”

My friends in the Manhattan D.A.’s office tell me that if she commits one more crime, she’ll receive a complimentary set of steak knives, which she will be free to use as weapons, as a reward for all that brazen larceny and criminal fortitude. Imagine: She doesn’t even bother to concoct an alibi.

Speaking of district attorneys, we learned this week that hundreds of prosecutors have resigned—12% in Manhattan and 13% in Brooklyn—since mid-June! Who can blame them?

The police are being self-defunded, with massive resignations from the NYPD. Meanwhile, it’s demoralizing—not to mention insane—for assistant district attorneys to be told that robberies and commercial burglaries no longer require prison sentences, or that criminal charges should simply be downgraded to misdemeanors. And there’s a new tedium: producing evidence that defense attorneys can use to enable their clients to beat the rap.

This is how far we have regressed. We’re no longer prisoners of the pandemic, but of the un-policed. “Law & Order” is now just the name of a TV show. The SVU version of the show now stands for: “Shoot Victims Unlimited.” “Ripped from the headlines” is not meant to sensationalize. Jack the Ripper himself would be a mere common hoodlum these days, operating among so many practitioners of the trade.

We are well past the quick fix of hastily adopting a “broken windows” strategy for crime control. If only public urination were our biggest problem. Cashless bail has left us all holding the bill. Neither the police nor the prosecutors wish to devote themselves to thankless jobs where they are repeatedly told that the problem lies with them and not the criminals. Even more degrading, they are easily replaceable by social workers.

The credo of racial justice and social justice, which has beguiled all echelons of civic life, has dispensed with the fundamentals of plain old justice—golden rules, just deserts, necessary distinctions between right and wrong. Today’s bizarre ethos of equity on demand, especially in criminal justice, has upended the pyramid, making villainy suddenly a postmodern virtue.

It is moral relativism gone amuck. Crimes can’t be punishable if perpetrators are members of an already oppressed class—to punish them is tantamount to piling on. Sentencing disproportionately affects certain kinds of people, and that’s simply not equitable.

Maybe so. But in what moral universe is redemption the creepy reward for recidivism?

What politely remains unsaid doesn’t camouflage the obvious presumption: The beneficiaries of white privilege are finally receiving their long-awaited due.

It’s all a capitulation to lawlessness and a reversal of civic priorities—the game of cops and robbers without prejudice. Franz Kafka wouldn’t believe it—it’s all too Kafkaesque, even for him.

The Big Apple is rotting. Each day its citizenry becomes more inured to this new reality of an advanced form of social neglect—the consent of the browbeaten, acquiescing to chaos and the incivility of rules disregarded.

Unrelieved crime makes social cohesion impossible and destroys peace of mind. Public confidence tumbles from breaches of the social contract. It results in the old resentments that unleashed the original July 4th celebration: “taxation without representation. Either keep me safe, or I want my money back!”

Add to this toxic mix lurking subvariants, abortion restrictions, runaway inflation, plunging 401(k) accounts and scarcities of baby formula and gasoline, and you have the makings of a mutiny.

New York is returning to the dark days of the 1970s, where people sang “I Love NY,” but privately knew they lived in the Wild Wild East. Strolling in Central Park was nerve-racking. Muggers turned nighttime streets into their playground. Today violent criminals seem to be on the prowl for more than mere money.

“New York, New York” is now a less “wonderful town,” and having a “New York State of Mind” will soon have less to do with longing than with possibly leaving.