While speaking at a Minnesota rally last week, President Donald Trump inquired as to how Congresswoman Ilhan Omar—“a horrible woman who hates our country” and who “called the Minneapolis police a cancer and said they were rotten to the root”—won in that state’s Democratic primaries last week.  Asked an exasperated Trump:

The answer to these critically important questions—especially that last one—has two parts.

First, someone like Omar won because virtually every Somali and every Muslim in Minnesota voted for her.  This isn’t just because Somalis are immensely tribalistic in nature, but because Islam itself is immensely tribalistic and reinforces tribalism in the Muslim mind via the highly divisive doctrine of al-wala’ wa’l bara’.

Commonly translated as “loyalty and enmity,” or “love and hate,” it requires Muslims always to side with and support fellow Muslims, while disavowing and having enmity for non-Muslims—even if the Muslim in question is not good for you and the “infidel” is.    To quote the scholar Ibn al-Taymiyya, reverentially known as the “Sheikh of Islam,” a Muslim believer “is obligated to befriend a believer—even if he is oppressive and violent toward you—while he must be hostile to the infidel—even if he is liberal and kind to you” (The Al Qaeda Reader, p. 64; see also Koran 48:29, 58:22, 60:4 ).

As Muslim numbers continue to grow in the U.S., the impact of this divisive doctrine is naturally expected to grow with them.  (Incidentally, while this doctrine may compel Muslims in general to vote for an Omar, it is a moot point for Somalis, whose own sense of ethnic tribalism compels them to vote for a fellow Somali.)

The second reason Omar won should be much more disconcerting and bodes ill for this nation’s future: She won because the overwhelming majority of Minnesotan citizens who voted for her—who are white and not Muslim—have been everywhere and at all times indoctrinated in insanity (AKA “Leftist” views).  These should be familiar by now and include fear and hate of their own kind, the dreaded WASPs (white, Anglo-Saxon Protestants); a belief that the antithesis of themselves, namely, “minorities”—in Omar’s case, in gender, race, and religion—are somehow intrinsically good and noble, and therefore ideal political leaders; and of course a belief in one of 2020’s most fashionable lies, that police—because they are predominantly white males—are, as Omar said, all “rotten to the root,” a “cancer” that needs to be purged.

Why this second and much larger group of Minnesotan citizens voted for and enabled the victory of someone who, as Trump correctly asserted, “hates our country,” is much more problematic than why Somalis and other Muslims voted for her.

For starters, tribalism at least makes some sense, on a primitive level; untamed instincts will always side with those who look like and behave like one, and profess the same values/religion, as opposed to those who are different in all ways.   At this point in time in U.S. history, however, such tribalism is hardly enough to impact politics and get someone like Omar into office: Somalis/Muslims are currently a tiny percentage of Minnesota, maybe one percent.

Hence why the second and main reason she got elected—indoctrination in Leftist views, that is to say, indoctrination in sheer madness—is much more troubling, including for the long term.  For, even if Trump wins the upcoming presidential election, what is or will be done to ameliorate the ongoing and unbridled Leftist indoctrination that emanates from every corner of American society—an indoctrination that has today gotten Americans to vote for “a horrible woman who hates our country,” and tomorrow will lead to worse? 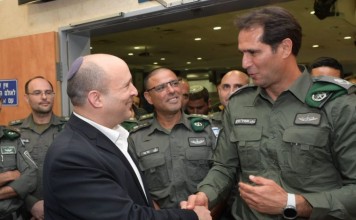 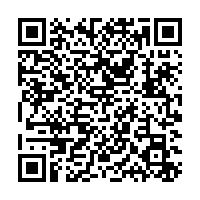