The 2018 edition of the World Happiness Report, published annually by a group of United Nations-linked development experts, asserts that a country’s happiness can be quantified based upon six variables. These are: “levels of GDP, life expectancy, generosity, social support, freedom and corruption.” To determine how happy a nation is, data from the Gallup World Poll—in which respondents evaluate their life quality on a scale of 0 (worst) to 10 (best)—is combined with these six variables to produce a happiness ranking of the 156 countries where enough overall data is available.


This year’s report was released on March 14 at a launch event at the Pontifical Academy of Sciences in the Vatican. A subsequent event will occur on March 20, celebrating the “International Day of Happiness” at the United Nations.

Other than perhaps proving that the coldness of country’s climate does not determine its happiness level—in order, the happiness list is led by Finland, Norway, Denmark and Iceland—there is very little in these rankings that could not have been guessed with simple common sense. The world’s happiest countries are almost exclusively democracies where the rule of law prevails, with free markets, a free press, and freedom of worship and conscience. Among the generally happy countries above No. 30, those that spend more on social welfare are, by the measures used here, arguably a little happier than those that spend less. Most significantly, the overwhelming majority of countries ranked below 100 in terms of their happiness levels overlap with those classified as either “not free” or “partly free” in the annual Freedom House global survey.

Israel is, according to the report, a deeply contented country, ranked at No. 11 in the world. It ranks higher than fellow democracies, including the United States (No. 18), the United Kingdom (No. 19) and France (No. 23), and well above brash, self-satisfied Qatar (No. 32) and dangerously aggressive Russia (No. 59). When Israel is compared with those countries facing broadly similar existential risks from rogue state neighbors and similar actors, it is striking that they—Japan (No. 54), South Korea (No. 57), Jordan (No. 90)—are considerably less happy. That, in itself, is an extraordinary testament to Israel’s internal spirit.

On the other hand, Palestinian GDP at $3,000 per capita is at the lower end of the scale for the Middle East, though things aren’t much better on that score in Egypt, Algeria, Jordan and Iran, all of which are fully-fledged sovereign states. Most notably, there are 52 other fully-fledged sovereign states whose populations are more unhappy than the Palestinians (data is not available for other stateless nations, like the Kurds, Tibetans and Sahrawis).

One of those countries happens to be South Africa, which comes in one place below the Palestinian territories, at No. 105. Anyone who has tracked the campaign to boycott the world’s 11th-happiest nation will notice the bitter irony here. Many of South Africa’s leaders and key influencers have fronted the charge that Israel should be shunned as the reincarnation of apartheid, yet their own people, almost 25 years after the end of white minority rule, remain more unhappy than the Palestinians with whom they proclaim solidarity.

And yet, when you examine the variables used by the happiness report in the South African context, it’s not hard to see why this is. According to the World Health Organization, the country’s AIDS crisis is one key reason why life expectancy is a shockingly low 62 years. At the same time, GDP per capita is under $6,000, corruption among the police and in many areas of the public sector runs rampant, and more than half of the country has been denied the basic education that is essential for the maintenance of a free and flourishing society. Despite, or maybe because of, all this, South Africa’s ruling party, the African National Congress, still trumpets the boycott of Israel as an essential element of the “politics of resistance” that has similarly blighted other countries sitting well beneath the top 50, such as Lebanon (No. 88), Venezuela (No. 102), Iran (No. 106), and Zimbabwe (No. 144).

The report also demonstrates that those nations in which happiness is on the rise are places where life expectancy is increasing and a growing range of support (medical, psychological, financial) is available to the public. For the Palestinians, it is instructive to see that the dial has barely moved on these fronts since the last global happiness survey was released. Given that talks with Israel are not expected soon, the P.A., its key donor countries, the United Nations Relief and Works Agency and other institutions purportedly involved with Palestinian welfare have plenty of time on their hands to ask themselves why that is and how their own policies are reinforcing the problem. 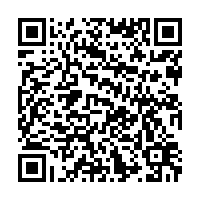