A sonorous voice fills the cavernous room as rapt onlookers gaze from their seats. A dramatic story unfolds on stage about love, betrayal, and other universal and timeless themes. Soaring melodies – some jaunty, some melancholy – flow through the room with accompanying poetic praises and hopeful importuning.

Pathos, plaintiveness, buoyancy, exuberance all pour from the hearts of the lead players whose incandescent renditions tug at the emotions of those present.


No, this is not a production of Verdi or Puccini or any other opera. It’s a Shabbat morning service.

Like a great grand opera, the Shabbat morning service is a great grand dramatic work. It contains sundry prayers, psalms, recitations, readings, and blessings that together constitute a single body, a unified whole, a Jewish religious service version, if you will, of a work of art.

Indeed, from start to finish, the Shabbat morning service has many of the elements of that noble art form known as opera: grandiloquent language, serious messages, dramatic underpinnings in its text and subtext, featured “performers,” dynamic singing, emotional arcs, denouements, and effusive energy.

There are, however, some differences between an opera and a Shabbat service. The Jewish service has a stage of sorts, called the bima. Here, on this elevated platform, the key “players” stand – the rabbi (who may be deemed the protagonist) and the cantor (the main supporting player and featured “musical artist”).

Another essential “cast member” is the gabbai, who helps run the service. There is a supporting cast too, but unlike in opera it is not made up of members of the regular “troupe.” Rather, it comprises members of the “audience,” that is, the congregation, who come up to the bima to participate in the service in the form of aliyahs and other roles or functions.

To paraphrase the old show biz adage, “The show cannot go on” (at least in a religiously certified way) unless the lead players and supporting cast number at least ten, the required quorum for a Jewish religious service, called a minyan.

Each week, the Shabbat morning service tells a different dramatic story through the readings of its Torah portions. Here, a great many stories can be found that people everywhere today can relate to. The Torah reading is sandwiched between segments that essentially extol the Almighty with occasional pleas by congregants for sustenance and blessings. There is both talk and chanting in the service.

Operas are commonly dramatic musical works that are sung in their entirety, although some have spoken dialogue. An orchestra or some form of instrumentation accompanies the performers who sing and act on stage. Some of the songs, or arias, stand out and become well known on their own. With their absorbing stories and music, operas can launch audiences into another world. Some of the more famous operas include Madame Butterfly, Aida, The Marriage of Figaro, and The Barber of Seville.

But while an opera may tell a poignant story and be fascinating and memorable, religious services have these components but also a spiritual dimension. Religious services nourish one’s soul with prayers, readings of the Torah, and affirmation of faith. Other elements of a religious service may include the rabbi’s sermon, and there is also the convivial post-service meal, the Kiddush. 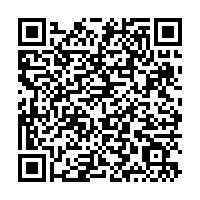