Home InDepth Op-Eds The Silence Is Deafening: Holocaust Denier Abbas Get Free Pass
Share on Facebook
Tweet on Twitter
Despite the smiling images from Sharm el-Sheikh, the fact is that Mahmoud Abbas, the president of the Palestinian Authority, has taken no demonstrable steps to dismantle and disarm the vast Palestinian terror networks, end the incitement, or arrest terrorists. And, although his rhetoric even after his election has been troublesome (calling for a “big jihad,” referring to Israel as the “Zionist enemy,” making it clear he will not use force against terrorists and endorsing the policies of Yasir Arafat), the Bush Administration and Congress are falling over themselves to throw vast sums of money his way. President Bush has promised $350 million to Abbas, more than four times that given by the Clinton Administration.

Just as Abbas’s troubling words and lack of anti-terror action have been ignored, so has another distinctly dark part of his pedigree: the undeniable fact that he is a blatant and unrepentant Holocaust denier. In 1984 he wrote The Other Side: The Secret Relations Between Nazism and the Leadership of the Zionist Movement. In this pseudo-historical account, based on his 1982 doctoral dissertation, Abbas contended that Zionist leaders gave the green light to the Nazis to do as it pleased with the Jews as long as immigration to Palestine was allowed.

Moreover, he endorsed the outrageous contention that the Jews intentionally inflated the numbers of those slaughtered in order to engender support for the State of Israel. Citing other historical quackery, Abbas suggested that the number of Jewish victims might have been as few as “only a few hundred thousand.” Worse, he embraced the discredited work of Robert Faurisson who shamelessly insisted that the Nazis did not use gas chambers.

It’s bad enough that the mainstream press has not taken him to task. But how in the name of the memory of martyred 6 million can one explain that Jewish leaders and Holocaust scholars and advocates have given him an unprecedented pass on so important an issue? It’s beyond disappointing: it’s downright offensive and sets a dangerous precedent.

We may debate among ourselves every conceivable topic, including life and death issues of Israeli security, but there always has been at least one issue which cut so deeply into our collective souls that it was not open to debate: Holocaust denial, from whatever source, was a scourge to be swiftly and ruthlessly challenged. When politicians like LePen in France, Haider in Austria, and the late Franjo Tudjman in Croatia spewed their ugly rhetoric, Jewish organizations immediately sprung into action and spared no mercy in exposing them for the anti-Semites they are.

John Roth, a well known scholar, can certainly attest to how strongly Jews feel on this issue. Roth was not a Holocaust denier. He was, however, deprived of a senior position at the Holocaust Museum in Washington after he had been exposed as having written offensive articles comparing certain actions of the Israelis with those of the Nazis. This was not only an ugly lie, it diminished the horror of the Shoah. We were among many who stood up for the victims and survivors and signed a petition opposing his appointment as someone who had desecrated the memory of those who perished.

It mattered not that an assault on Jewish memory came from the highest of offices. Who among us will ever forget Elie Wiesel’s plea to President Reagan not to visit SS graves at Bitburg because to do so would “begin to rehabilitate” the SS? Do we not, by giving legitimacy and respectability to Abbas the Holocaust Denier, begin to rehabilitate Holocaust denial?

The international spotlight is now shining intensely on Abbas as he has been anointed the great hope for peace. One would have thought this to be the most opportune moment to challenge him on his blasphemy. Instead, those who otherwise would be relentless in calling a denier a denier, have become timid; they’ve given him a pass. AIPAC issued a statement proclaiming that his election presents an “historic opportunity” for the prospects of peace. Not a word about Holocaust denial. The Anti-Defamation League published an informative analysis of the Palestinian election, but ignored Abbas’s Holocaust denial. AIPAC and the ADL were not alone. Check the other organizational websites: nothing. Why, we plead, is there such deafening silence when it comes to Mahmoud Abbas, one of the most powerful and influential Arab leaders? 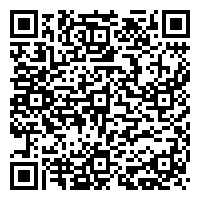