Professor Rashid Khalidi, who directs the Middle East Institute at Columbia University, is currently on a multi-city book tour for his new book The Iron Cage: The Story of the Palestinian Struggle for Statehood (Beacon Press) – aided by a favorable New York Times review from an unlikely book reviewer.

A window on Khalidi’s views was provided earlier this year, in an August 21 PBS interview, in which he described “Palestine” as a “country” that has “been under occupation by Israel ever since 1948.” Not since 1967 – since 1948.


Khalidi is critical of Yasir Arafat – not for Arafat’s refusal to accept a state on 97 percent of the West Bank and all of Gaza, with a capital in Jerusalem (and thereby end the “Palestinian Struggle for Statehood”) – but for signing the Oslo Accords in the first place. And Khalidi’s discussion of Palestinian refugees in his new book is blatantly disingenuous, something that – as I will demonstrate below – can be proved within a few minutes by anyone with access to Google. But you would learn none of this from the New York Times book review.

The Times chose as its reviewer not a scholar familiar with the history that Khalidi describes in his book, but rather Steven Erlanger, a Timesreporter who sometimes reports from Gaza. The Times chose someone, in other words, whose access to future journalistic sources (and possible personal safety) might be jeopardized by a poor choice of words, not to mention a poor review.

Erlanger diplomatically described Khalidi’s book as “more of an analysis than an exercise in original research” (translation: not a work of scholarship – the “exercise” one expects from a professor). But Erlanger nevertheless gave the book a scholarly patina with this sentence:

Jews did not begin the fighting, but from March to October 1948, slightly more than half the Arab population – 750,000 people, Mr. Khalidi estimates (and his footnote on the topic is well worth reading) – fled, were forced to flee or were expelled from areas that became part of the new state of Israel. [Emphasis added.]

From Erlanger’s sentence, you would think the well-worth-reading footnote might shed light on how many Arabs (a) fled on their own, (b) were forced to flee by the Arab leadership, or (c) were expelled (as Jews were expelled from Arab countries in 1948). But it doesn’t, and in fact the footnote does not meet the minimal standards of academic integrity. Here is the footnote (page 225, footnote 3) in its entirety:

The exact number of Palestinian refugees in 1948 is difficult to ascertain, and has long been highly disputed. Contemporary UN estimates put the figure at over 750,000, while Morris, The Birth of the Palestinian Refugee Problem, 1, writes of “some 600,000-760,000” refugees. The first figure given by Morris is low; the latter is probably closer to the truth. Morris’s book, which drew on the newly opened Israeli archives to dispel some of the most tenacious myths regarding the Palestinian refugees, has become the standard work on this topic. See also Morris’s 1948 and After, rev. ed. (Oxford, U.K.: Oxford University Press, 1994. Norman G. Finkelstein argues convincingly that Morris fails to draw the requisite conclusions from the damning evidence he assembles: see Image and Reality of the Israel-Palestine Conflict (London: Verso, 1995, 51-87. Among the first to publish results of research in the Israeli archives regarding the Palestinian refugees that reached conclusions similar to those of Morris were Segev, 1949, and Flapan, The Birth of Israel, published in 1986 and 1987, respectively.

Three things are apparent from the footnote: First, contrary to the implication in Erlanger’s sentence, the footnote does notestimate how many refugees fell into each of the three categories he identified. And if a significant portion of the Arabs either (a) fled on their own or (b) were forced or encouraged to flee by the Arab leadership, the 750,000 figure is highly misleading.

Second, the sources cited in the footnote are not current. Benny Morris’s book

The Birth of the Palestinian Refugee Problem was published in 1987. The other cited sources were published in 1986, 1987, 1994 and 1995. The footnote has no reference to any scholarship on this issue in the last 11 years. 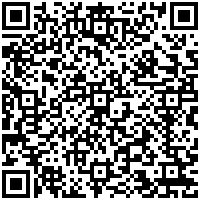