Washington, DC is built on a swamp at the convergence of the Potomac and Anacostia Rivers. Like all swamps it is subject to periodic flooding.


The DC foreign policy swamp has well and truly returned. The presumptive Biden administration has made a series of appointments that, along with a growing number of pronouncements from insiders and hangers-on, is beginning to give shape and color to its foreign policy.

What are some of its salient features? First are three interlinked phenomena: the return of second-tier players from the Obama administration, the explicit marginalization of overt progressives and radical ideas, and the empowerment of progressives in lower-level staff positions.

The appointment of Anthony Blinken as Secretary of State and Avril Haines as Director of Central Intelligence returns faithful Obama apparatchiks to power. Blinken, former Deputy National Security Advisor and Deputy Secretary of State, epitomizes, in the words of European analysts, a “Europeanist, multilateralist, internationalist” viewpoint. The fulsome praise for his public service, “Jewish roots, European conscience,” and flawless, unaccented French neatly, if not parodically, sums up the viewpoint and expectations of the European elite.

Haines, a lawyer rather than an intelligence professional, is similarly praised for her eclecticism (judo training in Japan, theoretical physics degree, pilot’s license), rather than her backing of the CIA’s controversially widespread drone program. But her resumé, which in the past four years includes multiple positions at Columbia University and a position at a Blinken-run consulting firm, epitomizes the swamp’s revolving door between government, academia, and industry.

The gushing treatment of Blinken and Haines by the press is telling as well: the return of sycophancy marks the end of the media’s self-appointed role as keystone of the “resistance” to Trump. But the adage that personnel is policy applies at the lower levels. A look at various members of Biden’s and Harris’s staffs shows that lower-key progressives are being seated closer to the centers of power, mostly as a function of the holy trinity of “diversity, equity, and inclusion.”

What are Biden’s foreign policy priorities? A series of tweets from former US ambassador to Russia Michael McFaul lays out the consensus view of the bipartisan Washington establishment. First is to rejoin the Paris climate agreement, followed by extending the New START treaty and reentering the JCPOA nuclear agreement. Thus, two of the top three priorities of the incoming administration are to reenter immensely complex agreements made by the executive branch without the consent of the US Senate, each with opaque workings and vast implications.

McFaul’s further priorities are the immediate convening of meetings with NATO and EU heads and with Asian democracies, as well as a “Democracy Summit” to “fundamentally reorganize USG to enhance democracy” and raise climate change as a policy goal. International processes and the surrounding optics are the priorities; there is no mention of American interests. Presumably this is implicit, along with the idea that nations are guided not by interests but by accepted procedures and “norms.”

The establishment’s cautious recognition that the US is engaged in a Cold War 2.0 with China is a welcome acknowledgment of reality that was almost entirely missing from the Obama administration. But this viewpoint is undercut by repeated statements from Biden figures such as NSA Jake Sullivan that China must remain engaged on paramount issues of global concern, above all climate change and the COVID-19 pandemic.

The irony is that China is the leading source of emissions that may drive climate change, and has failed to meet its Paris Agreement promises. China is also the source of the pandemic and has lied at every turn about its origins and spread. Here as in every sphere, not least of all human rights, China violates international procedures and “norms.”

From the establishment point of view, China’s totalitarianism is an inherent weakness that is vulnerable to soft power pressure—economic sanctions and moral shaming—so long as it doesn’t threaten the larger liberal international order and its economic foundations of trade, technology, and finance. It is these foundations, however, that China seeks to dominate completely.

The establishment-endorsed policies for containment are thus a replay of the first Cold War. If the US re-embraces internationalism, “repairing the enormous damage to America’s global image caused by President Trump’s failure to address the coronavirus pandemic,” it “could act to convince the world of the superiority of the West’s democratic, free-market system, expose the debt traps created by China’s Belt and Road Initiative, discredit the Chinese dream and convince the Chinese that being a ‘responsible stakeholder’ in the international community would best enable their nation’s continued, peaceful rise as a great power.”

China’s refusal to play by these mid-20th century rules—including the prescribed terms of its “peaceful rise”—is not recognized. It was Trump’s, not Xi Jinping’s, defiance of these ”norms” in pursuit of American interests that was regarded as an existential crisis for the international order. The establishment’s absolute rejection of Trump’s legitimacy in turn gave European states license to reject his confrontational approach. National interests were set aside in favor of abstractions.

On the other hand, some progressives keep asking why Iran and even China should be “contained” at all. More tempered is a strand of progressive left thinking that actually echoes certain Trump policies (albeit with minimal attribution), particularly in questioning continued US involvement in Afghanistan, Syria, and Iraq, and promoting the idea that regional powers police their own interests. Implicit in this is a critique of American involvement in every hemisphere. It also illustrates the contrast (and convergence) of left-wing and right-wing critiques: one attacks American “hyperpuissance” (as it was labeled in post-Cold War Europe) in favor of multipolarity and is regarded politely, while the other is dismissed as “isolationism.”

With regard to Iran, Biden and the establishment clearly aim to reenter the JCPOA over the objections of Israel and the Gulf States and with the enthusiastic support of Europe. Biden’s statement that he would reenter the JCPOA and then demand Iranian concessions is an improbable opening gambit—one which, as Middle Eastern commentators note, simply gives up existing leverage—that has been met by Iranian demands for economic compensation for sanctions. But it illustrates that regime change—the Trump administration’s implicit or unconscious strategy—is off the table. Biden’s goals and negotiating style reflect the status quo ante Trump, in that they presume an ability to manage another “peaceful rise.”

The recent killing of Mohsen Fakhrizadeh revealed the Iranian regime to be deeply penetrated by foreign intelligence agencies and unable to rouse internal support in the face of a collapsing economy. This seems to matter less to the swamp—which has condemned the killing—than punishing Saudi Arabia. Growing opposition to sale of F-35s to the UAE and to delisting Sudan as a terror state seem to be efforts to turn back the clock on a new Middle Eastern framework to a situation in which states are US dependents, hostage to its overall policy, especially toward Iran.

The idea that a Grand Bargain with Iran is possible, leading to an Obama-style wholesale reorientation of US Middle East policy defined by the embrace of Tehran and the abandonment of traditional allies, has yet to be fully articulated by Biden factotums. Like most if not all of Obama’s policies, it ran counter to reality, not least of all the expressed desires of the Iranian revolutionary regime.

Then there is Israel, which is being returned to its status as a front burner if not obsessive issue.

One sign of this is the return of anti-Netanyahu attack pieces from the court media. Jackson Diehl of the Washington Post excoriated Netanyahu’s “malevolent audacity” in thanking Trump for his support of Israel, allegedly killing a top Iranian nuclear engineer, and announcing the expansion of Jewish neighborhoods in Jerusalem. For Diehl and for many others, Netanyahu’s pursuit of Israeli interests is de facto partisanship toward the Republican Party and disrespect toward Biden. Diehl goes on to threaten Netanyahu and Israel with a Democratic grassroots revolt. This kind of rhetoric was common during the Obama years and was directed solely at Israel, never at other states. It signals the swamp’s core view that Israel is a vassal that must be brought to heel.

The Trump administration and its agonists revealed the many failures of the early 21st century status quo and many critical fault lines. Class is the most important feature of American life, foreign policy included. With the Biden administration in charge, the dominance of the bipartisan, credentialed, coastal, and connected establishment class will be restored. No fundamental rethinking of any aspect of American policy is likely to occur, as it did under Trump, except those introduced by stealth, such as a “green new deal” and the continued spreading of racialized “wokeness” in society.

But the fact that reviled outsiders led by an erratic and crude individual, working on the basis of intuition alone, produced no new wars, negotiated several peace and trade agreements, and began to reorient the US and its allies from a rhetorical to a real opposition to China—all while producing record economic growth—should not be forgotten. For the establishment, especially the foreign policy swamp, these results were produced by the wrong people in the wrong way.

Now, with the band back together and bipartisan comity reestablished in Washington and across the Atlantic, the future remains to be seen. The institutions of global diplomacy will be reinvigorated, as will the media and academic organs that are vital to the manufacturing of consent. So too will the oligarchies dedicated to profiting from the monopolization of global information, finance, commerce, and “green” energy, all well represented in Biden’s administration.

Whether these class structures, built atop crumbling foundations, will benefit American citizens or, indeed, citizens of any country, as opposed to those who exist above and beyond them, is far more uncertain. 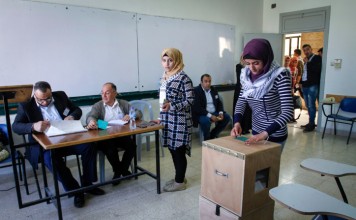 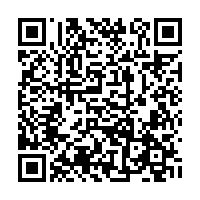