Many Jews outside of Lakewood, Rockland, or Kiryas Joel may wonder if the Republican Party of Rockland wasn’t at least partially correct in accusing Jews last month of overdeveloping Rockland County. Aren’t non-Jewish neighbors right to be concerned about increased traffic and the environmental impact of overdevelopment?

The answer to this question depends on the answer to another one: Do opponents of overdevelopment in chassidic-populated areas favor chassidim moving into neighboring towns and villages? The answer is no. Locals call it “chassidim taking over.”

Opposition to chassidim moving into new neighborhoods is evident in hundreds of daily posts and comments in Facebook groups obsessed with chassidim; in the remarks of activists at local government meetings; and in the targeted enforcement of laws against chassidim (not to mention hostile government ordinances relating to parks and eiruvin).

But if locals oppose the vertical growth (“overdevelopment”) of chassidim within Lakewood, Monsey, and Kiryas Joel as well as the horizontal growth of chassidim into nearby towns and villages, where exactly should chassidim move to? Israel? Auschwitz?

Let’s be clear. The opposition is not to overdevelopment. It’s to chassidim.

Most of the Facebook comments mentioned above involve criticism of chassidim on matters unrelated to traffic or the environment. They concern the average size of chassidic families; education standards in yeshivos; the higher poverty rate in chassidic-populated areas, and verifiable lies about chassidim not marrying legally, paying property tax, or working.

Some locals and lawmakers insist they oppose only overdevelopment, not chassidim. Yet, these very same people are MIA when overdevelopment that isn’t related to chassidim occurs. For example, a few years ago, a plan was entertained to build casinos in Orange County, NY. Strangely, none of the people who oppose overdevelopment in Kiyas Joel, slammed this casino proposal on Facebook; hundreds of worked-up locals did not show up at government meetings to rant about the traffic it would cause; and local municipalities approved the necessary applications in votes of 5-0.

Rockland County’s government is based in Clarkstown. Only a few dozen chassidic families live in Clarkstown, but Clarkstown lawmakers manage to discuss chassidim on a fairly regular basis nevertheless. This despite the fact that there are plenty of real issues in their districts such as deaths from opioids; plunging English and math proficiency grades in their schools, and neglected school buildings that were shut down for the new school year due to danger of collapsing.

A key platform item of one of the candidates currently running for District Attorney in Rockland is education standards at yeshivos. He has the active support of the largest Facebook group in Rockland. Almost every item on that group – day after day, for years – includes negative comments about chassidim. But when Rockland County Legislator Aron Wieder called the administrator of this page an anti-Semite, the whole political class of Clarkstown piled onto Wieder for daring to do so!

The actions of the political class and many locals in Rockland prove that overdevelopment is not their real issue. They oppose chassidim in general due to their dress code, religion, family size, and a number of other reasons that can be properly called fake news.

In America, people have the legal right to be bigots and ignorant peasants as long their bigotry is restricted to civilized words. The problem is when rhetoric leads to abuse in government, discrimination in the private sector, and attacks in the street. That is unacceptable. 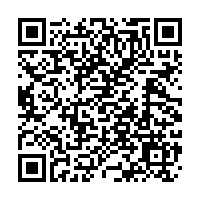