*Editor’s note: This article was originally posted in November of 2018 yet is remarkably timely and deserves renewed consideration


The United Nations, that incredibly morally defunct, hypocritical organisation, that thinks it has some kind of higher moral authority to dictate to others, said that a new war in Gaza would be an ‘incredible tragedy.’

Once again they have it wrong about what exactly a tragedy is. Because the tragedy is what has been brewing in Gaza for the last 13 years.

In 2005, Israel left Gaza, pulling out all soldiers and all civilians – uprooting peoples’ homes and uprooting their lives and uprooting their families. When Israel left, it left behind good working infrastructure to give the Arabs in Gaza a chance to make something of their lives. Israel gave them a chance to build a largely independent entity which would allow them to plot their own destiny. Israel gave them opportunities, including a successful greenhouse business with crops ready for export.

But instead of embracing the golden opportunity presented to them, an opportunity for self-determination never offered by any of their ‘Arab brothers,’ they chose not to take it. Instead of lifting themselves up with the greenhouses, they looted them. Instead of inhabiting the previous Jewish community settlements, they ransacked them. They carted off materials such as irrigation hoses, water pumps and plastic sheeting.

The money and the materials that were poured into this coastal strip, determined to help the Arab residents of the Palestinian Authority become a successful model of the so-called Arab dream of yet another Arab state, turned out to be a nightmare instead.

It’s been the polar opposite. The infrastructure of hope that was supposed to have been built has been replaced with the infrastructure of hate. The precious minds of engineers, rather than being focused on building vital civilian infrastructure such as water plants and electricity stations, has been maliciously tuned to building rockets and tunnels – each of them designed for the sole purpose of bringing death to men, women and children. They have built purely to kill.

The tragedy is not if a war is coming, because it is. The tragedy is that all the billions of dollars the Arabs have received, the support and hopes and sheer will of much of the world for them to be successful, has been squandered, but not by mismanagement, but rather a deliberate national goal of destroying the only Jewish state on earth.

None of that will happen though, because for the Arab leaders, their future is not determined about what they can build, but only by what they can destroy.

Meanwhile, in Israel’s southern communities, rockets continue to fall on innocent people, hurting and terrorizing and killing them. Terror tunnels continue to be built beneath sleeping children. Kids continue to be traumatized along with their parents who just want to protect them, as all parents do.

For children to grow up, thinking that it is normal to run to bomb shelters, knowing that getting there within seconds could be the difference between life and death – well… that is the real tragedy.

War is not the tragedy as the UN seem to think. War is the inevitable result of what happens when a terrorist entity is allowed to flourish without reprimand or consequences. Because where was the international community during these last 13 years?

And accountability? Where was that – as the funds of the international community meant for reconstruction instead became the funds of blood and death, destined for deconstruction? And even Israel who continues to supply power and water and even money in the hopes that things will change.

Things will not change, because until generations are educated for peace rather than war, and until there are consequences for building terror infrastructure – then why should things change at all?

They will not stop on their own, because no one is forcing them to. And until they are forced to stop, the rocket attacks and the border infiltration attempts and the violence will continue.

Egyptians and other international players are furiously working for a cease fire, but you cannot have a ceasefire with evil, because evil does not cease fire, it only waits in the shadows to launch again.

War is coming, but that’s not the tragedy. The tragedy is that it was allowed to get to this stage in the first place. 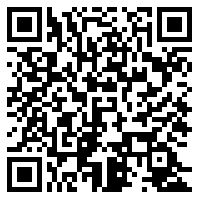