In Ben Hecht’s autobiography, A Child of the Century, Hecht writes of a call he received from Rabbi Stephen Wise, the reigning Jewish-American leader of the day, who ordered Hecht to quit his activities on behalf of the Jews.


It’s likely that Hecht would have said the same of presidential hopeful Barack Obama, particularly in light of recent revelations about Obama’s pastor of 20 years, Jeremiah Wright.

By now, we’re all familiar with the sermons of Reverend Wright. It strains credulity that Obama knew nothing of this, as he originally tried to have us believe. Anyone who attends church even irregularly has a pretty solid idea of what the pastor is saying. Obama’s excuses, when detached from his salesman-slick demeanor, are downright comical. I was home taking care of my kids. I went regularly… in spurts. I don’t see eye-to-eye on everything.

Obama seems unfazed by it all. He gives the impression that he’s deigning to speak on an insignificant matter, laughing lightly at questions about how frequently he attended the sermons, or how long exactly he knew Reverend Wright.

To this writer he gives off a distinctly different impression, one of a chess player who has lost his queen. If the core of your campaign is about getting past racial divisions and the core teachings of your “spiritual mentor” are the opposite, you have what’s known as a credibility gap.

Columnist Mark Steyn remarks that he doesn’t believe Obama is a con artist. If he were a con artist, writes Steyn, “he’d be slick enough to know from the get-go that the Reverend Wright was a guy he needed to keep at way beyond arm’s length; instead, he named his big pre-campaign hey-world-here-I-am book after one of his sermons. That suggests Obama didn’t even appreciate the pastor was a potential problem.”

Steyn, normally so astute, doesn’t grasp what is happening in this instance. Obama recognizes full well the dangers Wright poses. So why did he put Jeremiah Wright on his campaign staff? Why, even now, does he appear reluctant to separate fully from Wright?

What we as white Americans, and certainly Steyn as a white Anglo-Canadian, overlook, is that Wright isn’t a liability where blacks are concerned. In fact, he’s an important asset. Wright confirms Obama as an “authentic” black man. Wright helps Obama win the black votes he needs to win the election.

Shelby Steele, America’s nonpareil commentator on race relations in this country, offers insight into Obama’s appeal and his dilemma in his book, A Bound Man: Why We Are Excited About Obama and Why He Can’t Win. Steele refers to Obama as a “bargainer.” That is to say, he has made a deal with White America. He’ll give whites the benefit of the doubt that they are not racists and whites in turn will not hold his race against him. Steele says this is “an old mask in black American life” and one to which whites excitedly respond.

Obama’s difficulty is that unlike “challengers” such as Jesse Jackson and Al Sharpton, his willingness to deal with whites leads blacks to question the fullness of his black identity. Obama’s standing among blacks is not helped by his having attended an elite prep school in Hawaii and later on, Harvard University – hardly a typical black experience.

Steele writes: “He exploded onto the American political scene precisely because he is a bargainer and not a challenger – a black adept at getting whites to see their own racial innocence in him. But this same genius for bargaining makes him a suspicious figure – ‘not black enough’ – to blacks. To make matters worse, as a Democrat he must have both the white and black Democratic vote to do well in the primaries as well as in the general election, assuming he gets that far.”

Where Steele has seemed surprisingly wrong was in his belief that Obama would not be able to get the black vote if he appealed to whites. Blacks have flocked to Obama. What Steele didn’t think possible – and in the end it may turn out that it isn’t – is that Obama succeeds at being both bargainer and challenger. Obama wore two masks at the same time – only one mask hung on the back of his head and directed its gaze toward the black community. It took the form of Reverend Wright, working behind the scenes as an official part of Obama’s campaign assuring blacks that the presidential hopeful was indeed “one of us.” 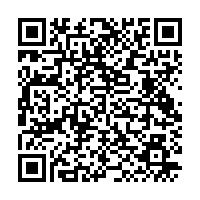