Not the least unfortunate aspect of the United Nations is its habit of providing Third World despots with a prominent pulpit to speechify against the agency’s principal sponsor: the United States. Last week was no exception, as three worthy claimants to the title of most anti-American head of state – Iran’s millenarian President Mahmoud Ahmadinejad, Venezuela’s Castro protégé President Hugo Chavez; and Bolivia’s Bolshevist President Evo Morales – descended on Turtle Bay to diabolize President Bush, denounce American foreign policy, and revel in the adulation of the UN’s correspondingly anti-American membership.

The results were entirely predictable. Ahmadinejad thundered against the “aggression, occupation and violation of international law” by the United States and pronounced the establishment of Israel a “tragedy;” Chavez snarled that President Bush was “the devil,” derided free-market capitalism as one of the “great evils and the great tragedies” and identified the United States as the main agent of “international terrorism;” Morales, the most conciliatory of the three, raged against American efforts to inhibit the Bolivian cocaine industry as “an instrument of recolonization or colonization.”


Leave it to the far Left to cast this authoritarian rogue’s gallery as goodwill ambassadors and upgrade their hate-mongering to the status of cogent commentary. Hardly had the applause died down at the UN General assembly than left-wing pundits unveiled their own tribute: Far from demagogues with crudely anti-American agendas, they were spokesmen for the world’s collective outrage at the all-too-real sins of the United States.

“People who say these guys are just outliers are wrong,” Mark Weisbrot, a Latin America specialist at the leftist Center for Economic and Policy Research (CEPR) informed the Wall Street Journal. “They are saying things that many other leaders only think.”

Unmentioned by the Journal was that CEPR, and Weisbrot in particular, are longtime apologists for leftist dictators, most prominently Hugo Chavez. Evidence for this charge is not wanting. When in 2003 the Chavez regime established a U.S.-based lobbying group, the Venezuela Information Office, Weisbrot instantly emerged as the effort’s leading backer, urging the “progressive funding community” to bankroll Chavez’s undisguised PR agency in the interest, of all things, of Venezuelan democracy.

Weisbrot himself has been a tireless publicist for Venezuela’s would-be president-for-life, having previously attacked the country’s grassroots democratic opposition as “mostly managers and executives.” In a 2005 article, he held up Venezuela’s government as “the way democracy is supposed to work,” a curious assessment of a regime that, among other infringements of civil liberties, has introduced 20-month prison sentences for the crime of “offending the authorities” and consistently rigged the electoral vote in its favor.

The CEPR was scarcely the only left-wing institution to cheer Chavez. Following his disturbed performance at the UN, Chavez paid a visit to – where else? – a university, specifically Cooper Union College in Manhattan. There Chavez likened the Bush administration to the Nazis, described American policies in Iraq as genocide, and demanded that President Bush be brought before an international tribunal to be tried for war crimes. All of this was greeted with enthusiastic applause by the audience of professors, students, and trade union representatives, some of whom arrived outfitted in red shirts, in tribute to Chavez’s signature fashion.

It was not the only stop on Chavez’s propaganda tour. Chavez would also be hailed by an overflowing crowd at the devoutly left-wing Mount Olivet Baptist Church in Harlem, where he was introduced to the podium by actor-cum-activist Danny Glover, arguably Hollywood’s most devoted encomiast of Fidel Castro. Glover, who ardently shares Chavez’s disdain for the United States – the “Lethal Weapon” star believes his country to be one of “the main purveyors of violence in this world” and has likened President Bush to a slave-owner – would not be disappointed.

The Venezuelan strongman proceeded to deliver himself of a plodding disquisition on America’s “devil” president – who, Chavez assured the assembled crowd, “might kill me” – complete with extended readings from his preferred blueprint for governance, Noam Chomsky’s Hegemony or Survival: America’s Quest for Global Dominance. In deference to the venue, Chavez prayed “that the American people will elect a president we can negotiate with.”

The message evidently resonated with the crowd, which chanted, in Spanish, “Chavez, Chavez, the people are with you!” Chavez did not repeat his previously stated conviction that the “imperialist” United States had “planned and drove” the September 11 terrorist attacks to justify “aggressions” against Iraq, but it is not at all clear that it would have met with disapproval. 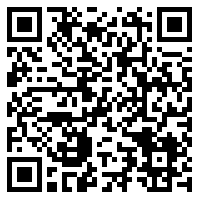