The Jewish High Holy Days began last Friday evening with two days of Rosh Hashanah, the Jewish New Year, and will end next week with Yom Kippur, the Day of Atonement. Jewish wisdom teaches that what God thinks of us is far more important than what we think of God. Thus it follows that Rosh Hashanah, literally the head of the year, is the time when God judges all humans. Rosh Hashanah’s solemn role of affirming that God does judge us makes one of its central themes – laughter – difficult to understand.

Is laughter indeed the motif of this most solemn day? Traditionally, we Jews search for the meaning of the day within the Torah portion designated for public reading on that day. On Rosh Hashanah, chapters 21 and 22 of Genesis are read; they chronicle the birth and early life of Abraham and Sarah’s son, Isaac, history’s first born Jew.


Even from conception, laughter surrounds Isaac’s life. In fact, of the thirteen scriptural references to “laughter,” nine occur in the context of Isaac’s life. His name means “he shall laugh” and it is the name that God instructed Abraham and Sarah to give him after they had laughed about his birth. It must have seemed a comic thought to a 90-year-old woman that she and her 100-year-old husband would become first-time parents.

Ancient Jewish wisdom requires us to blow the shofar (ram’s horn) 100 times on Rosh Hashanah in a complex sequence of notes composed to sound like crying or laughing. (From another room, deprived of visual clues, even mothers often fail to distinguish whether a child is crying or laughing.)

With the meaning of Isaac’s name and the sounds of the shofar integrated by the day’s reading of the Torah portion, Rosh Hashanah is not only the day of judgment, it is also the day of laughter. But how to reconcile the joy of laughter with the solemnity of judgment?

Laughter is one of the distinctions humans enjoy over animals. What makes us laugh? People laugh at that which violates a sense of how things ought to be. A pompous mayor who slips on a banana peel is funny. A vagrant who falters and sprawls on the sidewalk just seems sad.

Likewise, a sexual innuendo that provokes howls of laughter among schoolboys and titters among stockbrokers elicits yawns of indifference from hardened prison inmates. The dirty joke assaults notions of human refinement, thereby causing laughter. To the depraved, however, it is not a dirty joke, it is reality.

The only reason we laugh at cartoons of talking animals is because of our underlying conviction that only humans were given the gift of speech. A joke can only be funny in the context of a fixed framework that it contradicts.

The paramount project of secular liberalism is to utterly obliterate most rules and fixed frameworks. In the absence of any system of inviolable, religiously based absolutes, there are no unthinkable acts to perform; there are few rules to violate. In a world in which everything floats, humor has nothing solid to thrust against.

To the dismay of secular parents raising Godless children, their offspring will probably find humor one day only in the absurdity of their parents’ Godless lives.

The laughter and joyfulness that permeate the family life of religious Americans spring from the presence of biblically inspired discipline and structure. Conversely, the grim seriousness with which the secular liberal seems to go about the business of life results from the absence of absolute values. (One cannot help but recall the famous joke that reflected feminism’s humorlessness: How many feminists does it take to screw in a light bulb? Answer: That’s not funny).

Since jokes are only funny if they contradict a preconception, and all preconceptions are becoming banned, many genres of jokes are vanishing from our national repertoire. Political correctness banishes humor and laughter because humor presupposes an existing standard. If nothing is absolutely good and nothing is unthinkably bad, nothing can be funny.

Clearly one of the goals of secular liberalism is to eliminate most existing standards. The unintended consequence will be the dreary and somber atmosphere that was characteristic of life behind the old Iron Curtain. Secularism, and its sequel, socialism, work together to banish laughter from the world. 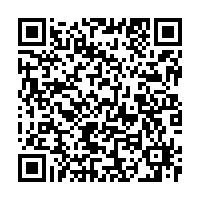