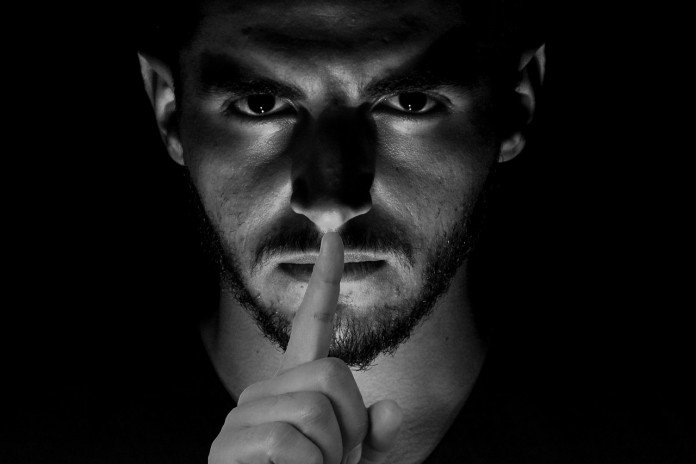 The attack on Congregation Beth Israel in Colleyville, Texas, where the rabbi and three other Jews were taken hostage until they managed to escape unharmed, was shocking enough.

What has subsequently emerged, however, is even more disturbing.


The attacker, Malik Faisal Akram, was a British Muslim from the English town of Blackburn. It turns out that he was able to enter the United States two weeks earlier because of a major foul-up by Britain’s intelligence service, MI5 and the police.

In 2020, MI5 investigated Akram as a possible terrorist threat but concluded that he posed no risk and effectively closed his file.

Now Britain’s Jewish Chronicle reports that in May last year, at a meeting in Blackburn called to discuss “escalating tensions” between Israel and Gaza, Akram declared in a diatribe that Jews needed to be punished and should be “bombed.” A locally elected politician who attended the meeting was so concerned by this that he told the police. To his astonishment, he heard no more about it.

The JC has also obtained a recording of the phone call during the Colleyville siege between Akram and his brother, Gulbar, who was trying to persuade him to surrender.

On the recording, Akram ranted and raved against America. Rambling semi-coherently about American involvement in overseas conflicts, he said: “Why do these f***ing motherf*****s come to our countries, rape out women and f*** our kids? I’m setting a precedent … maybe they’ll have compassion for f***ing Jews.”

Clearly, British intelligence has much to answer for. But there’s also the question of how Akram was allowed into America in the first place. For he had a long criminal history, which included jail terms for harassment, theft and attacking a cousin with a baseball bat.

In 2001, he was excluded from his local magistrates’ court after threatening and abusing staff and ranting that a court official should have died on one of the planes that flew into the Twin Towers.

Yet he was able to enter the United States as a tourist, presumably by lying about his criminal record on his entry form, and he was able to obtain a gun there.

In both Britain and America, the security agencies have allowed themselves to become increasingly focused on a reportedly rising threat from white supremacism. But the overwhelming threat to the West comes from Islamic extremism.

The security establishment is reflecting a wider state of denial. In both countries, the political, media and cultural establishment has blocked itself from acknowledging the true nature and extent of Islamic radicalization.

People have allowed themselves to become either persuaded or intimidated by the designation of all such acknowledgment as Islamophobic—the catch-all denunciation of any adverse comment about Islam or the Muslim world. While terrorist attacks by lone white supremacists provoke instant claims of a dangerous cultural trend, terrorist attacks by lone Islamists tend to provoke instead the claim that the perpetrator was mentally ill and therefore his actions had no wider significance.

Thus, Akram has been widely reported as having had serious mental-health problems. Yet the JC talked to his former doctor, who said Akram had been “a confident man who didn’t need any mental help” and had no mental-health complaints in his medical notes.

It’s not just that media coverage of the Colleyville attack has been muted, with virtually no acknowledgment of the attacker’s anti-Semitism.

In addition, no one in the mainstream media has bothered to investigate Akram’s home town of Blackburn. Yet this is a hotbed of Islamist radicalism which the British authorities have allowed to grow.

It’s become the global hub for the ultra-conservative Deobandis and the Tablighi Jamaat, an Islamic jihadi sect that dominates the mosque attended by Akram and that some countries have banned on account of its extremism and connections to terror.

Blackburn is deeply problematic. The Campaign Against Antisemitism has reported that, in a subsequently deleted post, the “Blackburn Muslim Community” Facebook page prayed for “the Almighty” to bless Akram “with the highest ranks of Paradise.”

And it was Muslim men from Blackburn who last September drove in convoy around Jewish areas of London screaming anti-Semitic abuse at Jewish residents.

Yet none of this causes so much as a ripple in Britain. Politicians, the mainstream media and other cultural leaders either fail to look at what’s happening or ignore its implications.

It’s important to acknowledge that many Muslims have no truck with anti-Western or anti-Jewish attitudes. After the Colleyville synagogue attack, some courageous Muslims have spoken out against anti-Semitism in their community.

A Duke University professor, Abdullah T. Antepli, said members of his faith had a “moral call for action for the soul of Islam and Muslim” to address the hatred towards Jews.

Nevertheless, anti-Semitic attitudes and attacks on Jews are disproportionately far higher among Muslims than among the rest of the population. Indeed, anti-Jewish paranoia and hatred are rampant throughout the Islamic world.

In two Facebook posts, she referred to the fire’s victims as “burnt alive in a Jewish sacrifice.” She said: “Jews have always been the ones behind ritual torture, crucifixion and murder of children, especially young boys, as a way of atoning for their sins in order to be allowed back into Palestine.”

In court she said the Jews she referred to in the posts were those who belonged to a criminal “cabal” of “the evil elite who are orchestrating everything in order to divide and conquer the world.”

People in Britain have been shocked and horrified to learn what she had said. They are shocked because no discussion of Muslim anti-Semitism is generally allowed. Anyone who draws attention to it is denounced as “Islamophobic.”

This is also true in America, where a recent report by the Council on American-Islamic Relations (CAIR) asserted that mainstream Jewish and allied charities were spreading “Islamophobia” by opposing radical Islamic terror.

The Islamophobia canard has been eagerly endorsed by those in the wider community for whom the very concept of Jewish victimization is a problem.

That pathology is on regular display at the BBC, which has been doubling down on its apparently baseless report last month that orthodox Jewish teenagers set upon by Muslim men in an anti-Semitic attack in the center of London themselves voiced an anti-Muslim slur.

The deep reluctance by the wider community to acknowledge Muslim anti-Semitism has been further facilitated by the silence of British Jews on this issue. For the community’s leaders never mention it. Instead, they lash out at any Jew who dares call it out.

At the Board of Deputies, 46 left-wing members are demanding that the Jewish National Fund UK charity gets rid of its chairman, Samuel Hayek, over his “Islamophobic” suggestion that Jews might soon be forced out of the United Kingdom because of the rising number of Muslims who hate or want to harm Jewish people.

This misplaced attack by Jewish liberals is idiotic and disgraceful. For anti-Semitism is not only rampant in the Muslim world but is absolutely central to Islamic extremism.

Numerous Islamist terrorists have made it clear that, in attacking the West, their most fundamental target is the Jews. At war against modernity, they believe that behind modernity stand the Jews—who they think are behind everything in the world that the Islamists have decided is bad.

Anti-Semitism doesn’t just endanger the Jews. It is the marker for Islamic extremism. Until this is realized, the West will continually fail to understand the threat it faces. 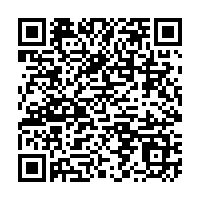