He should have added Abbas under that rubric.

Abbas is currently in a unity government with terrorist groups Hamas and Islamic Jihad; he heads the terrorist Palestinian Authority, which is responsible for the murder of hundreds of Jews. He was a member of the terrorist Fatah, led by master terrorist Yassar Arafat, and he was the financial source behind the 1972 Palestinian Munich massacre of Israeli athletes. He has named streets after Palestinian terrorists, and he finances their families. He paid tribute to Abu Jihad, the founder of Fatah and terrorist behind the hijacking of a bus and murder of 37 civilians, including 12 children, among many other terrorists to whom Assad has paid homage. Abbas regularly encourages terrorist attacks. In 2015, he stated, “Each drop of blood … spilled in Jerusalem is pure blood, as long as it’s for the sake of Allah. Every martyr will be in heaven.” Israeli Prime Minister Benjamin Netanyahu rightly states that if the Manchester terrorist had been Palestinian, Abbas would have signed a check to him.

Yet there Abbas was, nodding along, as Trump ripped terrorism. There was Trump, saying the possibilities of peace remain good, and deeming Abbas a force for peace in the process.

This is all thanks to the latent anti-Semitism implicit in the notion that Islamic terrorists who murder Jews in Israel are differently motivated than Islamic terrorists who murder citizens of the United Kingdom or Germany or France or the United States. They aren’t. But the West is unwilling to face the true specter of radical Islam, which threatens Jerusalem the same way they threaten New York — or more so, considering that Jews are under attack from Muslim terrorists literally every day in the holy city.

Instead of recognizing that fact, the West portrays Israel as something apart, and terrorism against it as a different phenomenon. And so the same night as the Manchester attack, MSNBC’s Chris Matthews characterizes the attempted murder of Israelis as justified resistance:

I think people get bullied for so long, and then they fight back … When you go over there to the Palestinian territories, sure, there are terrorists, and they should be punished … but then you have these Palestinians business guys, regular guys like us, just regular people, they’re peaceful, they are being bothered every day of their life to run their business … They’re humiliating those people. When’s that cauldron gonna blow?

Would Matthews say the same about Western treatment of Muslims in the Middle East? After all, that’s Al Qaeda’s excuse. And ISIS’. And Hezbollah’s. They all claim oppression, then use that as an excuse for terrorism.

Yet the West separates Israel off from the rest of the West for political reasons.

Thus, when President Trump speaks in Saudi Arabia and lists off all the countries victimized by terrorism, he conveniently leaves Israel off the list. Thus he can stand next to a terrorist — one of the most prolific terrorists on earth — and pretend that all terrorists are held to the same standard.

Trump isn’t unique in this regard. All major Western politicians play this idiotic game. But so long as the West is unwilling to recognize that all Islamic terrorism is of a piece, Islamic terrorists will continue to find state sponsors, financial backing, and widespread public support for killing Jews in the streets of Jerusalem, even as the world rightly decries the killing of Westerners everywhere else. 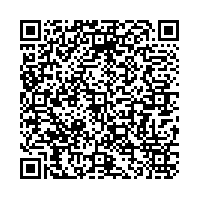