The World Jewish Congress purports to represent Jewish communities throughout the world. Although its president (and prime funder), Ronald Lauder, at times feels free to ignore governance on issues related to Israel, the WJC has successfully issued streams of positive statements on Jewish issues which the media frequently quotes.


Next week, on October 28, the Executive Committee will meet in Munich and will invite all Congress constituents to participate. The highlight of the meeting, which has been widely promoted, is the award of the Theodor Herzl Prize to German Chancellor Angela Merkel.

This prize is awarded to recognize individuals who “work to promote Herzl’s ideals for a safer, more tolerant world for the Jewish people.” Previous recipients include Israeli President Shimon Peres, Elie and Marion Wiesel, and, posthumously, former US President Ronald Reagan and German journalist and publisher Axel Springer.

When first elected in 2005, Merkel not only condemned anti-Semitism but maintained that that it was Germany’s mission to atone for the Holocaust by ensuring Israel’s security and eliminating Jew-hatred at all levels. She repeatedly expressed deep shame at Germany’s Nazi past and efforts to murder European Jewry.

Alas, in recent years she has veered away from this policy. She continues verbally to condemn anti-Semitism but in practice her government has moved in the opposite direction. In fact, she has contributed in no small way toward making Germany and the world far more dangerous for Jews.

For the WJC to now extend such a prestigious award to Merkel is not only surprising but nauseating. It dishonors Jewish dignity and should be canceled. Leading members of the German Jewish community have condemned the WJC for granting her the award. Dr. Rafael Korenzecher, a German Jewish leader and publisher, sarcastically noted that Merkel deserved a Herzl award for promoting aliyah to Israel and “thanks to her current policy, Germany will be Judenrein [free of Jews].”

Honoring Merkel in this manner makes a mockery of Jewish leadership and conveys the message that the Jews will not react adversely or protest, irrespective of the disgusting acts of their government.

In light of the flow of objections, Lauder will presumably try to overcome the criticism by making remarks expressing hopes for a better future. But this is insufficient. Unless Merkel is going to formally announce a change in Germany’s negative policies toward Israel, he should cancel the award.

He can inform Merkel that he is doing so because of pressure which has been exerted on him by Jews all over the world.

In so doing, he would be conveying an appropriate message to Merkel. He would also be setting a standard for Jewish communities all over the world, encouraging them to protest when their governments pursue immoral policies against Jews or Israel. If he would act in this manner, the WJC as a global Jewish leadership organization would be worthy of its name. 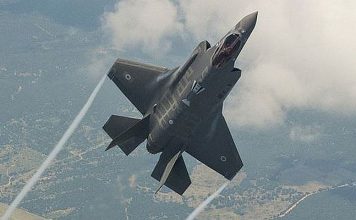 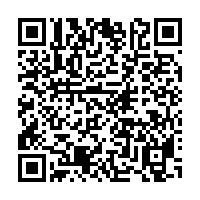