Theodor Herzl would never have succeeded in his quest to create the state of Israel if his talents and astonishing friendships were not manifest at the most phenomenal right moments in the movement of history. Herzl whom many regard as the most influential personality in the creation of the modern state of Israel was prior to his leading role in the effective Zionist movement that he created an outstanding Viennese intellectual. His Hebrew name was Benjamin (b.1860) Z’ev, the latter meaning wolf and references biblical Jacob’s youngest son Benjamin. This well reflected his indispensable contributions. It may be recalled in this connection that his namesake Benjamin was the first Jew of the 12 tribes born in Israel and whose wolf like persistence, commitment and sharing disposition ( wolves are a very social animal) symbolically captures in biblical terms Herzl’s role during his brief life (1860-1904).

The words below were prophetically asserted by Theodor Herzl recognized as the creator of the movement of Zionism in his pivotal work Der Judenstast (The Jewish State). It contains the notion embedded in the Torah of a nationalism driven by an extended commitment to humankind and resonates with many today:


“The Jews who wish for a State will have it. We shall live at last as free men on our own soil, and die peacefully in our own homes. The world will be freed by our liberty, enriched by our wealth, magnified by our greatness. And whatever we attempt there to accomplish for our own welfare, will react powerfully and beneficially for the good of humanity.”

Remarkably the man who brought this about was perhaps one who we would least likely expect. He was at the outset practically completely without religious commitment and steeped successfully in the occupations of journalism and playwright. Yet he produced a light that showed the way to a new consciousness, altering the course of history for the Jews and the world at large. His accomplishment in the course he took should be studied, so that perhaps we may catch a glimpse of what is needed for any profound changes that constructively create a better and more spiritually elevated world. In the beginning he thought assimilation was the sole pathway to eliminating anti-Semitism, but ultimately came to believe that only a Jewish state would open the door to Jewish liberation from it.

Moreover, his effective role resulted from a confluence of skills that were tailored at that time for providing an historical influence. The uncanny interplay of these skills and the events that arose ultimately were realized in the creation of the state. This may be seen by observing the timing of the application of these skills at just the right moments. One may further say Herzl understood the dynamics of influence and was a grandmaster in the art of its execution. This understanding derived from an intuitive grasp of what was needed as well understanding it on a cognitive level. Firstly he discerned logically the need for an organized effort following this realization with a unique tour de force pamphlet entitled, “The Jewish State” which truly was a visionary declaration. The pamphlet represented a rejection of his earlier idea that the Jews could only be saved by assimilation but rather through the establishment of a Jewish state and migration into it. The pamphlet was an incredible success and won support in England among the Jewish Zionist movement such as the Maccabees movement. Further his skills included a phenomenal personal charisma that he built upon throughout his short life. In so building he launched an effort for the formation of a Zionist Congress meeting initially as he proposed every 2 years. The pamphlet generated an interest that drew 200 prominent Jews to the congress. The pamphlet was written in a clear elegant style which possessed the capacity to strike a chord for almost any period of time including our own. In his later years he wrote Alteuland (The Old New Land) where he brought European culture into the idea of the new state and where non-Jews could enjoy an active role

He subsequently further built upon these influential efforts with the formation of a Zionist congress and brilliantly proposed a meeting every 2 years. This was carried out subsequent to the original meeting of August 29, 1897, continuing up to 1939 and resumed after World War 2 every 4 years to this very day. The original congress of 200 persons included representatives of Zionists from 17 countries with the remainder guests of various backgrounds. The following year incredibly and inspirationally women were included in the membership. The new nation was referred to as Eretzland providing a continuity with its ancient roots.

One of the most significant influences upon Herzl was that of Reverend William Hechler, Anglican chaplain to Vienna. He deeply believed that the creation of the state of Israel by Herzl’s efforts were prophesized 1240 years earlier under the reign of Omar. He based this largely on excerpts of the Book of Daniel where 1240 days may be interpreted as years. Herzl’s first Zionist congress took place exactly 1240 years after the Omar reign Hechler and Herzl maintained a close relationship throughout, and Hechler facilitated the meetings between both with Kaiser Wilhelm and the Sultan which although unsuccessful brought international respectability with its favorable press coverage to the Zionist movement. Herzl maintained an extremely close relationship with Hechler, and prior to his death stated very emphatically we must not forget the role of Hechler when Israel becomes a state. Further Hechler’s influence in Great Britain had a significant effect in winning over the British to support of the statehood of Israel. Hechler died somewhat in obscurity, however, his grave site was discovered and was granted honors in 2011 through the efforts of Jerry Klinger president of the Jewish American Society for Historical Preservation. The ceremony honoring him was attended by Israeli Ambassador Ron Prosor among others.

Another factor that elevated the consideration of the state of Israel as a reality was the so called Uganda proposal. It came about early in time as a proposal by the British Colonial Chamberlain to who he was introduced by Israel Zangwill in 1903 and won over by his personal charism . His impact upon Chamberlain was so significant as to prompt the latter to offer his what is mistakenly alluded to as the Uganda offer but today would correspond to the nation of Kenya. The Uganda offer included an area of about 5000 square miles, and Herzl brought it to the attention of the 6 th Zionist congress shortly before he passed away.

This proposal, however, drew a storm of protest by the Zionist congress and ultimately was rejected by a majority who remained steadfast to restricting the state to the ancient Eretzland or what today we call Israel. Herzl was at this point (shortly before his demise) expressly willing to move with what the majority determined on this issue. It should not be overlooked, however, the proposal created serious interest within the world at large for the idea of a state for the Jewish people.

Another profound impact that Herzl had on the world in the elevation of Zionism was through the person of Felix Salten author of the classic Bambi A Life in the Woods. (adapted by Disney in his children’s classic), Herzl and Salted became friends through their participation in Viennese café society as members of the Young Vienna movement and congregated at Café Griensteidl. Salten worked at the World an influential newspaper that Herzl headed and later after his death Salten took over the positon. However Salten enormously influenced by Herzl later went on a number of speaking tours paired with Martin Buber which with his natural charisma won over a great number of non Jews while firing the inspiration of his fellow Jews. Buber offered an intellectual appeal while Salten (regarded as the most charismatic) provided a literary historical one. Together they were a powerhouse combination.

It was in 1947 that the efforts of Zionism finally came to fruition, largely through the efforts of Harry Truman. Truman like Herzl was a man whose multiple skills were in the right place at the right time. This was almost exactly 50 years after Herzl’s prediction that a Jewish state would be clearly taken seriously. It is illuminating to note in this connection 3 days before the close of the first Zionist congress September 3, 1897 Herzl wrote in his diary: “Were I to say this (establishment of Jewish state) today I would be greeted with universal laughter, perhaps in 5 in any case 50 everyone will see the truth of it.” It may be significantly noted 50 years later in 1947 the UN voted to recognize the statehood of Israel. Herzl’s prophetic words 50 years earlier ultimately became a reality. 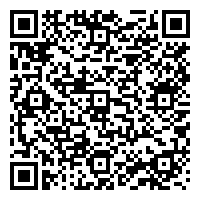