1. During Israel’s 2003 election campaign, Amram Mitzna advocated unilateral withdrawal from Gaza. Ariel Sharon derided Mitzna for this. Sharon therefore does not hold a mandate based on the 2003 election results to withdraw unilaterally from Gaza.

2. When Mahmoud Abbas was appointed prime minister of the Palestinian Authority later in 2003, Sharon failed to offer any territorial concessions. Why didn’t he offer then to dismantle the three isolated Gaza communities in return for a PA war against terror? Even though the PA would not have actually cracked down on the terrorists, Sharon would at least have placed the onus on the PA. Instead he plans to dismantle 26 communities, getting nothing in return.


3. According to Dov Weisglass, a senior adviser to Sharon, the decision to withdraw from the Gaza and northern Samaria communities was made in November 2003, weeks after leftist Israelis proposed the Geneva Accord and several prominent IDF veterans criticized government policy in the territories.

Sharon’s reversal of decades of personal and Likud policy in such an immediate manner strikes one as a decision of political expediency. This is particularly the case given that (a) at the time Sharon was facing possible indictment for corruption and (b) it was Sharon himself who is responsible for many of the Gaza and Samaria communities.

4. Despite building many of these communities and long insisting that they are vital for Israel’s security, Sharon has never explained why they now must be dismantled. Was he wrong before? Might he be wrong now? Have political or demographic circumstances changed? He hasn’t said.

5. Instead of a national address to Israelis, Sharon announced the decision to withdraw from Gaza in an interview initiated by Sharon with Yoel Marcus of Haaretz. Prior to that interview, Marcus, along with most of the rest of Haaretz’s staff, was strongly critical of Sharon. Now Marcus champions and lauds him.

The manner in which the withdrawal was announced was unbecoming for a serious democracy. Can anyone imagine President Bush announcing a major policy shift on an issue he long championed – perhaps something like an immediate withdrawal of all U.S. troops from Iraq – in an interview with Frank Rich of The New York Times, and then simply refusing to provide substantive answers to questions about the decision?

6. In early 2004, Sharon said that while Israel would withdraw from some territory, it would “strengthen” its presence in other parts of Judea and Samaria. However, Israel has now decided that its security fence will only encompass 6 percent of Judea and Samaria, not 16 percent as originally decided. Even Ariel is not within the current fence route. As a result, even if all the territory within the fence route were included within Israel’s permanent borders (far from a sure thing), Israel would retain only slightly more territory than Ehud Barak agreed to cede in early 2001 at Taba.

7. In April 2004, Sharon announced that a referendum would be held among Likud members to decide whether or not Israel would withdraw from Gaza. The results would be binding, Sharon insisted.

8. When Sharon feared that he would lose a cabinet vote on his plan, he summarily fired two National Union ministers who were opposed to the plan. Later, he fired Uzi Landau and other leading Likud figures who expressed similar opposition.

9. With Yasir Arafat dead and Abbas leading the PA, had Sharon waited a year to announce his willingness to withdraw from Gaza, he likely could have demanded – with strong international support – significant reciprocal concessions. Now the destruction of the Gaza and northern Samaria communities is deemed a given, and the international community is asking what concessions will come next.

10. The Bush Administration’s support for dismantling of “settlements” – which may help U.S. interests in the Arab world – is understandable. Condoleezza Rice’s frequent expressions of glee and excitement regarding the matter are tiring, however. Worse is the failure of Jewish Republicans and Bush supporters who are also opponents of the Sharon plan to say anything even in polite protest of the lack of sensitivity by Rice and others in the Bush Administration toward the Gaza and northern Samaria residents.

11. I visited several of the Gaza communities during Sukkos in 2003. Despite my own personal feelings of support and admiration for the residents of Gaza, my pain at the prospect of their communities and life’s work being destroyed, and – for all the reasons expressed above – my personal opposition to the Sharon plan, I have doubts as to the long-term viability of the Gaza communities. Political, security and demographic realities place into question whether they can be permanently retained. Had Israel’s strategy been to build in Gush Katif and annex part of that area to expand the Ashkelon region, it might have been successful. But many communities are surrounded by Khan Yunis, and the number of IDF soldiers required to protect the Jews living there may be too high for a small country to maintain.

12. While we should feel free to express our opinions, those of us living outside Israel should be very cautious in the manner in which we do so. When neither you nor a close relative is, or will be, serving in the IDF, it is convenient to take a hard-line position. Conversely, when all you know about Gaza is based on what you read in The New York Times, you should be reticent in calling for its Jewish communities to be eliminated.

13. It is certainly inappropriate for American Jews to call upon IDF soldiers and reservists to refuse to obey an order to evacuate a Gaza community. Civil disobedience is a legitimate form of protest, but disobedience by a soldier is much more problematic.

Perhaps an individual soldier can refuse to carry out orders that are contrary to his deepest values, so long as he accepts the consequences of that decision. Mass refusal is another matter, particularly if it is organized. Whatever one thinks of the Sharon plan and the manner in which it is being implemented, those opposed to the decision will have to live in Israeli society after the withdrawal occurs. Mass refusal would cause the estrangement of mainstream Israel from the religious Zionist sector, and anarchy in an army that is essential to its country’s survival.

14. An Israeli government can legitimately reach a decision to withdraw from territory. It is, however, doubtful that Sharon’s decision and the manner in which it is being implemented are consistent with democratic norms. Therefore, ideally, a referendum would be held, with the Israeli people deciding. If withdrawal would be approved in a referendum, residents slated for evacuation could leave with honor and dignity, and soldiers personally opposed to the decision would find it less difficult to carry out an order approved by the Israeli people.

15. In the end, regardless of whether a referendum is held and the results of a referendum if one is held, the damage to the status of these communities is likely irreversible. Opponents of the Sharon plan should also focus their efforts on limiting future retreats and strengthening thriving communities in Judea and Samaria. Otherwise, next year at this time, the discussion will be about the future of Beit El, Ofra and other communities that just a few years ago were part of the consensus and now may be among the next on the chopping block. 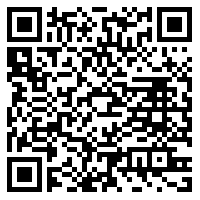