Home InDepth Op-Eds Three Weeks: Ilhan Omar and Rashida Tlaib, Mourning Or Redemption?
Share on Facebook
Tweet on Twitter
Has the Israeli government lost it’s mind? Do we have not one drop of national pride left?

Recently, after introducing a pro-BDS resolution in the US House, IslamoFascist Ilhan Omar (D-MN), told reporters that she and PalestiNazi Rashida Tlaib (D-MI) intended to go to visit Israel and the “Palestinian territories” in a few weeks.

Ilhan “Its all about the Benjamins” Omar, said that the “Israeli occupation of Palestinian territories will be the main point of the trip. Everything that I hear, points to both sides feeling like there is still an occupation.”


The next day, Israel’s Ambassador to Washington, Ron Dermer, announced, “Out of respect for the US Congress and the great alliance between Israel and America, we would not deny entry to any member of Congress into Israel.” So, the government decided to let them enter Israel.

After having spewd their JudeoPathic venom on Jews and Israel since their election, from their congressional soapboxes…?

Now I know we’ve entered the “Bein HaMetzarim – The Three Weeks,” a period that mourns the destruction of the Beit HaMikdash (both Holy Temples and Jerusalem), culminating in the fast of Tisha B’Av, and why we still mourn!

A people that can be spat upon, kicked, and punched in the face, and respond, “I’m sorry…” certainly needs deep therapy!

And to let it’s abusers come to visit your home as well? What can you say, but…

“I gave you The City and the Holy Mount in ‘67 and you spurned them and returned the keys to Mine enemies, the Waqf, and their ilk. Do you feel the churban – destruction – yet, My wayward son, My firstborn? Riots and murder take the place of your prayers, and the sacrifice of your elders and children on the alters of your enemies, instead of the sweet aroma of the offerings in My house that you never built for me, because of your faithlessness,’’ saith the L-rd God of Israel.

Do you feel the churban yet?

“Your fast day is coming. I so wanted to turn it into a day of rejoicing, Our wedding feast relived, but you stubbornly ignored My pleas, My hints, the miracles I did for you and your fathers. You chose the enemy within your borders, instead of Me. Fear of the gentile, and worries on how to placate him, filled your minds, while scorning Me and Our relationship, my beloved. How could you turn your backs on your history, your destiny, when I gave you everything you dreamed of for almost 2,000 years?” saith the L-rd God of Israel.

Do you feel the churban yet?

Did you notice Omar and Tlaib are planning to come right around Tisha B’Av? Reenacting the sin of the spies,“Vayotziu Dibat HaAretz,” they brought an evil report about the land, (Numbers 13:32).

Omar and Tlaib plan to spew their JudeoPathic venom in our home now, what an insult to Jews, Israel, and to God.

By refusing them entry, Israel needn’t worry about the American response, those who support Israel will understand. And by the way, those same people, including Trump, have their own fights with “the squad,” Ocasio-Cortez, Omar, Tlaib, and Pressley.

The Jew haters and anti-Israel, pro-BDS people, like “the squad,” and others, who cares what they think!

The negative news cycle that would follow the announcement that Omar and Tlaib won’t be allowed into Israel, pales in comparison to the serious and long term damage to the State of Israel’s image, that a public relations coup would reap for them if they were allowed in. American, Israeli and international press will cover their trip. It would catapult them from being freshman Democratic congresswomen, into international Leftist political stardom!

If Israel doesn’t let them in, at least they will have been denied the propaganda victory of reporting on how the Israelis “oppress” the Palestinians, and the photo ops they’re looking for, a much greater value.

Then, around the same time, the Palestinian Authority warned that, “Among the extremist Jews, today is a Talmudic holiday considered the beginning of ‘the most dangerous season of Judaization,’ its what is called, the fast of Tammuz, and is a prelude to the anniversary of what is called ‘the destruction of the alleged Temple.’” [Official PA daily Al-Hayat Al-Jadida, July 21, 2019]

So much for history and truth…

“But you can still redeem yourselves, there’s still time. Throw those foxes off the Mount, don’t let them back this time, and announce to the world its your Holy Place, exclusively. And, don’t let them enter your home, your country. Don’t let anyone or anything stop you. No power on earth can oppose you when you choose to worship Me, My special treasure, My people Israel,” saith the L-rd God of Israel.

“I loved your fathers and your mothers, your prophets and kings, your scholars and wise men with a love not of this world. And, I love you that way too. I only ask for the same from you, My prized possession from all the peoples of the earth,” saith the L-rd God of Israel.

Do you feel the redemption yet?

“I will be there with you every step of the way, I never abandoned you, and you must believe Me. Fear nothing or no one, for I am with you. I give you the power and strength to do what must be done, My people Israel,” saith the L-rd God of Israel.

“I only ask, that you carry out justice, love kindness, and walk humbly with your God,” Micha 6:8.

Do you feel the redemption yet?

Israel stand strong, remember your Jewish Pride and your responsibility to God. Let’s turn the Three Weeks, into a countdown towards the Complete Redemption this year instead! 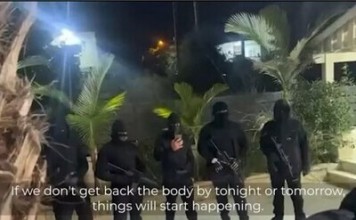 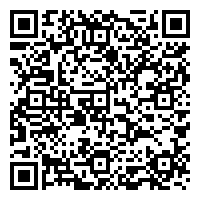