It is clear. Female clergy is inconsistent with Orthodox Judaism. That is the unanimous view of chassidic, yeshivish, and Modern Orthodoxy. It is the policy of the National Council of Young Israel, the Rabbinical Council of America, and the Orthodox Union.

The only voice of dissent is that of the “Open Orthodox” movement.

First, a few words about Open Orthodoxy. You may be curious as to why I describe the movement by a name that members of that movement no longer use.

In an op-ed that appeared here two years ago, I called upon the leaders of the Open Orthodox movement to “demonstrate the intellectual honesty to drop the misleading word ‘Orthodox’ from their self-description.”

Instead they did just the opposite. They have dropped the “Open” and now claim to be Modern Orthodox.

Today, the world recognizes the Open Orthodox movement as consistently pushing the halachic envelope far beyond normative Modern Orthodox practice. Its embrace of Partnership Minyanim, female clergy, and relaxed conversion standards has unmistakably placed them outside of the mainstream Orthodox camp. As such, the movement now views the “Open” adjective as damaging to its PR, and has attempted to recast itself with the “Modern Orthodox” smokescreen. That is why I continue to use that description although the movement itself does not.

(To his credit, Rabbi Lopatin resigned from the RCA.)

Meanwhile, the Orthodox Union consulted with an esteemed group of poskim who concluded that female clergy are not an acceptable option in Orthodox synagogues. The question is, now what?

There are currently four congregations in the Orthodox Union that employ women rabbis. Now that these congregations have been found to be in violation of OU policy (and halachic practice), what should be done?

This is not the first time the Orthodox Union has faced this dilemma. For decades, the OU allowed synagogues with mixed seating to maintain their membership in the Union. Similarly, the RCA did not ask member rabbis with non-mechitzah shuls to leave.

Today, such shuls and rabbis would not be permitted to join these organizations. But those outliers were “grandfathered in” and permitted to stay. (For the record, I respectfully disagree with that policy, but that is not my point.)

Some have suggested that the four congregations mentioned above, which hired woman rabbis before the OU received the ruling, should be allowed to remain in the Orthodox Union – but that no new congregations should be permitted to hire women for such a position.

There is, however, a big difference between the mechitzah issue and the “maharat’ issue. The rabbis and congregations that tolerated mixed services did so because they felt they didn’t have the power to enforce the halacha as it should be. They did not make the Conservative movement’s argument that that it is better to daven without a mechitzah.

The rabbis who have hired maharats claim the notion of female clergy is an optimum expression of religious experience. In this regard, these Open Orthodox leaders have left the Orthodox station and are embracing a neo-Conservative religious position.

The founder of Yeshivat Maharat was also the rabbi of the first Orthodox shul to hire a woman rabbi. The RCA has passed three resolutions opposing the ordaining of women. To his credit, this rabbi, like Rabbi Lopatin, has resigned from the RCA.

A rabbi in a major Jewish community has hired a woman rabbi to help lead his congregation. He conducts women’s megillah readings in his shul. He has criticized the Orthodox establishment in the secular press. He has called for conversion standards that do not meet those of the RCA, the Israeli Chief Rabbinate, or any other accepted mainstream poskim. He has now set up his own Open Orthodox Vaad Hakashrut. His response to the Orthodox Union’s no-woman-rabbi policy was, “The OU should stick to tuna fish.”

To his credit, he too has resigned from the RCA.

A rabbi in another major Jewish community has hired a woman rabbi and has stated that his congregation and others “… who proudly have women on their clergy staff, will obviously not be accepting the new OU policy.”

He has not yet resigned from the RCA. He should.

Some have argued that the Orthodox Union and the RCA should stay out of local synagogue policy – that each rabbi should be permitted to make his own decisions and be left alone.

But this is not a question of whether to say Hallel on Pesach night or Tachanun on Pesach Sheini. This is a fundamental issue that goes to the very heart of Orthodox Judaism. Do we follow the unanimous opinions of mainstream poskim? Or do we allow activists to pursue a radical agenda to redefine Orthodox Judaism?

I have compared this matter to the mechitzah controversy because radical Jewish feminism is the mechitzah issue of our generation. Maharats are the Holy Grail of Open Orthodoxy. If these four congregations are permitted to rewrite halachic standards and remain within the Orthodox Union, this reform will most certainly spread.

Nobody likes dissent. We all want to live in peace. But the Orthodox Union needs to insist that its member congregations remain Orthodox.

Congregation Beth HaMedrosh Hagodol in Denver was the last mixed-seating congregation in the Orthodox Union. The members decided they weren’t willing to adhere to OU policy. In 2015, the congregation did the right thing and left the organization.

Those Open Orthodox congregations that insist on maintaining this very un-Orthodox, neo-Conservative policy of ordaining women should also do the right thing. They should demonstrate intellectual honesty and integrity by resigning from the Orthodox Union. 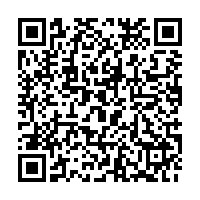